My Interview With Peggy Aycinena 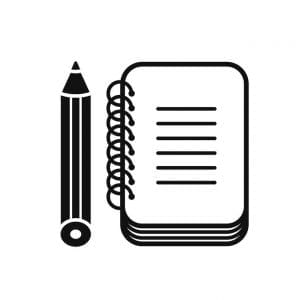 I was interviewed by Peggy Aycinena about six months ago and she subsequently published it in July on the GabeOnEDA site as “Business 101: Art & Magic of EDA Marketing.” Peggy has always appreciated that the technology is nothing without the team and it’s the people you need to focus on and understand if you want to fully appreciate what changes are coming in the semiconductor/EDA markets. She has done more to help profile the players than any other journalist in electronics in the last decade. I was delighted to sit down with her and offer her my perspective on marketing, sales, business development issues for EDA startups. I have added some links for context that are not included in the original interview.

Peggy Aycinena – Given that engineers are particularly cynical about marketing BS, isn’t it better to just get out there and talk to the engineers, bypassing the whole ‘marketing campaign’ thing?

Sean Murphy – In the early market for a new product it’s always about serious conversation; good marketing engineers listen as much as they talk. They can also take part in on-line conversations in places like the Verification Guild. All of the major vendors, and many of the smaller ones, also put on serious user conferences that are very effective at both educating the users about new offerings and the vendors about real customer problems.

Q – What’s special about marketing in EDA versus other sectors in technology?

Sean Murphy – There are a couple of special aspects to EDA marketing. Semiconductor firms are driven by Moore’s Law; if you want to sell to them you have to keep up. What doesn’t change is that you’ve always got extremely complex and expensive projects that require a number of different technical disciplines collaborating to produce results.

There are at least six-to-eight primary disciplines gathered around any project table, and a number of additional experts involved for a portion of the project, each with their own specialty tools and requirements. This leads to several dozen different niche markets in EDA.

Q – What are the implications of those many niches from a marketing perspective?

There’s little value in a splashy product launch unless there are customers up on stage. For example, when Magma launched they had engineers from Sun and several other customers up on stage to establish that “we’re real and we are in production at these places.” So case studies and testimonials from current customers are critical.

Q – Which do you think have been the best and worst marketing campaigns in EDA over the last 3 years?

Sean Murphy – There are two campaigns which stand out as very good.

First, I was delighted by the Certess launch 2 or 3 years ago. They told a story that their CTO could explain in very simple terms – surprisingly enough to his younger sister – describing various problems in verification.

He said things like: Here’s the problem with current verification approaches, and here’s how we’re going to attack that problem. He was able to focus on the customer’s current problem and make fun of some of his earlier mistakes, which was extremely effective.

Too often technology entrepreneurs tell themselves, “We’re bringing fire to the savages,” believing that they’re smarter than their customers. The problem is that most of the people they’re selling to are pretty damn smart themselves. Certess did well by taking a more peer-to-peer approach.

The second example of excellent marketing would be Mentor’s Wally Rhines. Recently, he’s been giving a series of talks that look out ahead, 5-to-7 years in the future. They really seem to be a ground up analysis of what’s going on. At one point during the EDAC CEO panel in February, Wally rejected [Panel Moderator] Jay Vleeschhouwer’s question about consolidation so articulately that it was replayed and elaborated in an interview with Forbes.

Wally’s approach combines a lot of data with humility, or the willingness to go where the data leads him. Other EDA CEOs may be more technically visionary, but nobody has better command of the facts than Wally Rhines.

He’s clearly far less concerned with sharing with his audience how smart he is, and far more concerned about marketing the Mentor message. Plus, he’s got a great crew of people backing him up, who spend the time and effort needed to stay current on statistics and circumstances in the industry.

Q – When small companies can barely keep the lights on, how much of their discretionary budget should be spent on Marketing?

Sean Murphy – There are a couple ways of looking at that question, but the key question is “where are you at risk.”

For the most part, there comes a point where the technology is more or less functional. At that point, most of your risk is the market risk – finding customers who will work with you. In the last decade I haven’t heard about too many new products where I said to myself, “Wow, I wonder how they did that.”

Most of the risk is adoption risk or market risk, which means that you have to devote time and money to solving that problem. Our rule of thumb is that 20-to-40 percent has to be devoted to customer development – marketing, sales, and business development – because that’s where the risk is.

You can’t stay in the BatCave and continue to add features without contact with real design groups. I think too many startups rely on marketing communications, which is just one part of marketing. Most of these tools you sell with your ears; you’ve got to engage with prospects and have real conversations. Of course, you can’t do that if you can’t get in the door.

Sean Murphy – It’s increasingly a problem. For the most part, people who start EDA companies come from the industry and bring their contacts with them, but a founding team’s social capital is important.

One example is Oasys, which arguably may have a breakthrough in synthesis technology. Their early success has been due as much to Rick Carlson and Sanjiv Kaul, and other folks on the team, with deep roots in the industry. Their ability to open doors to potential customers was as important as their technology.

In the last decade it’s become much harder, there are fewer early adopter customers. If you look at the role that a company like Sun played in helping to nurture Gateway, the original Verilog company, it’s hard to find a company playing a similar role today – perhaps ST Microelectronics, perhaps Agilent, they helped Certess quite a bit. But, it’s becoming a hard problem.

Sean Murphy – For a smaller company with less than 20 people–which is probably 80% of EDA firms–contributing articles to a non-vendor specific newsletter can help a lot.

I see a lot of value in the smaller conferences for these firms, especially where most of the exhibitors are in a basic 10×10 booth. For example, DVCon, the International SOC Conference, or the EDA Tech Forum events are primarily basic booths.

These events act like “stag hunts” for small firms, allowing them to create a critical mass that can attract customers for technical and business conversations. Customers evaluating new products want to see who is behind the company, because how well that team performs will determine whether the product will be a good bet. With a new product you can’t separate the technology from the team that developed it and will be supporting you.

I’m a huge fan of these smaller conferences. They’re very cost effective. You can have great conversations and make good contacts. You also learn how to get your point across in a short demo or a few minutes of conversation.

I was more optimistic about DAC two years ago. DAC started as a community of practice for design automation folks from the larger firms. But it’s increasingly academic in focus: there is a very real risk it becomes a second ICCAD. Still a valuable conference, but much more academically focused.

I went to a one-day conference recently called “Startup Lessons Learned.” There were about 300 people in the audience, and perhaps another thousand watching the live video that was streamed to more than 60 locations. The video was also recorded and available for playback the next day. Everyone posted their slide decks, so that it kicked off a conversation and shared learning that had a wide impact.

That’s what conferences are going to look like going forward. Somebody in EDA is going to figure that out and will move the ball forward in this area. It’s fundamentally a global industry, where these kinds of collaboration models are needed.

Q – How does a company conclusively prove a substantive ROI for big marketing campaigns?

Sean Murphy – For smaller companies, it has to lead directly to revenue or testimonials – things that are unambiguous indicators of customer ROI. You can look at lead generation, things like bingo cards, website visits, or email inquiries – but if these don’t turn into opportunities and then into sales, a small company cannot survive in this economy. For the smaller EDA firms, marketing has to be clearly connected to revenue.

3 thoughts on “My Interview With Peggy Aycinena”