As entrepreneurs we are concerned with anticipating the future as much as creating it. Here are sixteen quotes on foresight and understanding the future.

Quotes on Foresight (Understanding the Future) 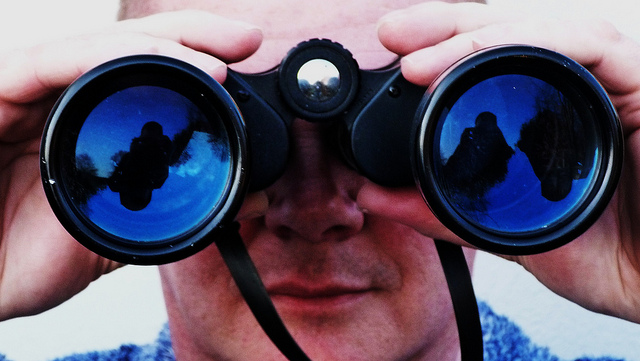 “This London City, with all of its houses, palaces, steam-engines, cathedrals, and huge immeasurable traffic an tumult, what is it but a Thought, but millions of Thoughts made into One–a huge immeasurable Spirit of a Thought, embodied in brick, in iron, smoke, dust, Palaces, Parliaments, Hackney Coaches, Katherine Docks, and the rest of it! Not a brick was made but some man had to think of the making of that brick.”
Thomas Carlyle

“In a time of drastic change, it is the learners who inherit the future. The learned find themselves equipped to live in a world which no longer exists.”
Eric Hoffer

“Technology today is the campfire around which we tell our stories. There’s this attraction to light and to this kind of power, which is both warm and destructive. We’re especially drawn to the power. Many of the images of technology are about making us more powerful, extending what we can do. Unfortunately, 95 percent of this is hype, because I think we’re powerful without it.”
Laurie Anderson

“I shall tell you a great secret, my friend.
Do not wait for the last judgment.
It takes place every day.”
Albert Camus

“Master plans have two additional unhealthy characteristics.
To begin with, the existence of a master plan alienates the users… After all, the very existence of a master plan means, by definition, that the members of the community can have little impact on the future shape of their community, because most of the important decisions have already been made. In a sense, under a master plan people are living with a frozen future, able to affect only relatively trivial details. When people lose the sense of responsibility for the environment they live in, and realize that they are merely cogs in someone else’s machine, how can they feel any sense of identification with the community, or any sense of purpose there?”
Christopher Alexander (from The Oregon Experiment)

“Life is what happens when you’re making other plans.”
John Lennon Allen Saunders

“For each human being there is an optimum ratio between change and stasis. Too little change, he grows bored. Too little stability, he panics and loses his ability to adapt. One who marries six times in ten years won’t change jobs. One who moves often to serve his company will maintain a stable marriage. A woman chained to one home and family may redecorate frantically or take a lover or go to many costume parties.”
Larry Niven, “Flash Crowd“

“The key journalist of the future must be able to relate today’s event to yesterday’s fact in a way that helps indicate tomorrow’s meaning.”
Edward Barrett, founder Columbia Journalism Review

“Don’t worry about people stealing your ideas.
If your ideas are any good, you’ll have to ram them down people’s throats.”
Howard Aiken (1900-1973) American mathematician

“Whom the gods would destroy they first make mad with power;
The mills of God grind slowly, but they grind exceedingly small;
The bee fertilizes the flower it robs;
When it is dark enough, you can see the stars.”
Charles Beard (1874-1948) American historian
Summary of human history, in reply to George S. Counts

“I had an immense advantage over many others dealing with the problem inasmuch as I had no fixed ideas derived from long-established practice to control and bias my mind, and did not suffer from the general belief that whatever is, is right.”
Sir Henry Bessemer (1813-1898) English engineer and inventor
An Autobiography, ch. 6 (on the development of the cane press)

“The greatest obstacle to discovery is not ignorance–it is the illusion of knowledge.”
Daniel J. Boorstin (b. 1914) American historian, educator, writer

“The most important thing in communication is hearing what isn’t said.”
Peter F. Drucker

“What is life’s heaviest burden?” asked the child.
“To have nothing to carry,” answered the old man.
Anonymous (source unknown)

12 thoughts on “Quotes on Foresight (Understanding the Future)”