Brent Beshore recently shared an email he had sent to a college seniors that outlined five habits to cultivate for success. In a nutshell they are industry, humility, kindness, learning continually, and taking notes.

Brent Beshore on 5 Habits to Cultivate that Enable Success 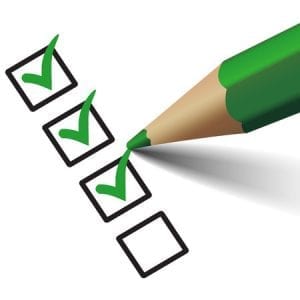 Brent Beshore in an email to a college senior asking for advice. (bolding and hyperlinks added).

I really like this list by Brent Beshore. I try to cultivate these habits or mindsets in myself and entrepreneurs that I advise.

I sometimes think as I close down my computer at midnight to go to bed that if I only I could have brought the focused attention and creative problem solving skills to my business that I did to the last four hours playing 16 levels of a tower defense game I would really be more successful. I think industry is less about “flow” and more about forcing yourself to do the preparation work that enables you to get into flow. It’s a willingness to “do the dishes and take out the trash” without being asked often enough so that it becomes a habit. It recognizes the need to play a long game and that even if you love working on your startup there are many aspects that are not fun that you must force yourself to do to get to “flow” and the fun stuff.

The downside risks are that you are working so hard that your startup consumes your life and your family obligations. Watch out for a persistent lack of progress—a lack of small successes or at least “aha” moments–which may indicate you are attempting too hard a problem directly or one or more key pieces of know-how.

This one gets a very bad rap among the “fake it until you make it” tribe of the startup community and those who attribute their success to their unique talents. But I think it’s clearly a requirement for an individual or a team to be able to engage in a realistic self-assessment of their performance with an eye to improving it. There are occasions when you see the shortcut that is actually a good idea but more often than not the willingness to do it the hard way and play a long game works out better.  In particular humility enables you to go to school on an unsolved problem, mistakes you’ve made, and a persistently successful competitor.

The downside is that you have to willing to clearly articulate the strengths of your offering, your team, and your own experience and skills. You cannot rely on underplaying your hand and hoping that a prospect will see the truth.

I think that kindness is barely mentioned in the typical startup success story because is mistakenly viewed as weakness. It’s strange how the insight “you only live once” splits people into two camps: one that focuses on extracting as much enjoyment from a situation (sometimes without regard to the impact on others) and another perhaps best captured by:

I expect to pass through life but once. If therefore, there be any kindness I can show, or any good thing I can do to any fellow being, let me do it now, and not defer or neglect it, as I shall not pass this way again.”
Stephen Grellet

All opportunities come with an expiration date, but I think the ones I regret the most are where I neglected the opportunity to do a kindness.

It’s in the nature of managing a technology startup that many of your skills have a very short half-life and must be continually renewed or you will find yourself with an obsolete understanding and a lack of know-how to solve the current challenges you are facing. Periodically there are revolutions in approach or method that obsolete a large chunk of  your hard worn knowledge and require you to start over.

It can sometimes be hard to admit to yourself that this is happening. So instead of rapidly moving to the bottom of the next ladder (“learning curve”) so that you can start climbing back up you convince yourself that the current ladder is just fine if a little wobbly. I think it’s physically painful to confront the loss of expertise, akin to diving into a mountain stream or unheated pool on an early spring morning, The trick–as Peter O’Toole advises in “Lawrence of Arabia”–is “not minding the pain.”

Lawrence: “Allow me to light your cigarette.”
Lawrence snuffs out the match with his bare fingers.
Potter copies Lawrence and starts shaking his hand.
Potter: “Oooh! It damn well hurts.”
Lawrence: “Certainly it hurts.”
Potter: “Well, what’s the trick, then?”
Lawrence: “The trick, William Potter, is not minding that it hurts.”

Get your thoughts and impressions out of your head and onto paper, into a file, a wiki page–or a 3×5 card. Especially if you are extroverted don’t assume after you say something out loud that you will remember it later.  Taking notes while others are talking is also a useful way to capture what questions you want to ask or points you want to make without interrupting the flow of the conversation or derailing the speaker’s train of thought. It’s especially important to create a decision record to prevent hindsight bias from cutting off your ability to learn:

Russell Ackoff in “A Major Mistake“