Thanksgiving 2017 is a chance to reflect on your blessings and give thanks to those who have helped you in the last year. 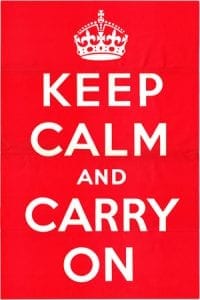 I am grateful for my health, my family, my friends, and the opportunities I have been given.

I tell people that I am in my extremely late 40’s but prefer to calculate my age in Celsius–a little over 15.5–which better reflects my teenage approach to late middle age. I find I am still scattering my attention ad hoc and pursuing different really cool ideas as new or renewed enthusiasms possess me. I still like “being right” more than “being happy” but try to focus more on making a contribution and being content.

I used to repeat the joke that “Friends come and go, but enemies accumulate.” But I see now as I let go of the need to be right, and pretend I heard the apology I needed–when none was forthcoming–to be able to forgive someone, that enemies come and go, but friends accumulate. Especially if you take the time to reconnect and keep in touch.

“Enough is as good as a feast.”
Thomas Malory in Le Morte d’Arthur

Having enough enables peace of mind and contentment. As bootstrappers we know it allows us to continue and improve, as humans it should trigger gratitude. When you realize that half the Mayflower passengers and crew were dead within 6 months of landfall at Plymouth, it’s clear how much relief they would have felt a year later with a feast on the table.

We continued our tradition of a Bootstrapper Potluck for the fourth year:

“We did something different for Thanksgiving 2014: we held a Bootstrapper’s Potluck and hosted a dinner for a dozen people or so with our family. It was a chance for my sons to meet some real entrepreneurs and give folks who were new to the area or far from family a nice Thanksgiving. We supplied the turkey and some sides and folks brought many flavors of  pie, miso soup, raw vegetables, wine, hors d’oeuvres, jambalaya, sausage and cheddar fondue, and rice.  There was enough left over that everyone was able to leave with one or two meals (or a pie) for the weekend, such is the miracle of a potluck.

It was an experiment but we enjoyed it and everyone who came had a good time. I was contacted by a number of folks who could not make it who were delighted we had done it even if they could not make it. Just like a regular Bootstrapper Breakfast we pushed a number of tables together to make a single large table, but unlike a breakfast over the course of five hours there were many overlapping conversations as well as some common ones from time to time.”
Opening paragraphs for my Thanksgiving 2014 post

It was a great conversation that included a discussion of the best movie of 2017. My suggestion was “Their Finest.”

Technically “Their Finest” (based on “Their Finest Hour and a Half” by ) was released in 2016 but I rented it in 2017–watching it three times I was so moved by it–so I counted it as a 2017 movie. I thought it captured the grace under pressure that marked the British perseverance during Dunkirk and the Blitz. Watching the characters experience sudden terrible loss in the midst of everyday life reminded me how lucky I was to be living today where I am.

Some of the better lines in the script:

Ambrose Hilliard as “Inspector Chamfort”: Someone has made a mistake. It’s a simple mistake and easy to miss. I almost did so myself.

He says these lines when walking with his agent after lunch and a fan asked him to give his signature line from his the role of “Inspector Chamfort” that brought him to fame years ago. After his agent is killed in a bombing and the man’s sister requests Ambrose make the identification he repeats them and they have a very different feel. Unfortunately he is also incorrect.

Ambrose Hilliard: I’m afraid, my dear, someone has made a mistake. I almost did so myself.
You see, Sammy Smith has two fingers missing from his left hand.
Nurse: I’m sorry, we try very hard to…to make a whole person. For the relatives.

It’s the first of many sudden loses that everyone has to deal with as gracefully as they can. The British sense of “Keep Calm and Carry On” pervades the movie, less from a sense that they will necessarily prevail, but they will go down fighting and refuse to surrender in both small ways and large.

Catrina Cole: Is Mr. Baker alright?
Tom Buckley: He lost one of his grandsons. Hit by a tram on shore leave.
Catrina Cole: Oh! It must make it so much worse that it wasn’t “for” anything. Poor Mr. Baker.
Tom Buckley: It’s never “for” anything. Why do you think people like films? It’s because stories are structure. They’re a shape, a purpose, a meaning. And when things turn bad, it’s still part of a plan, you know…it’s… There’s a point to it. Unlike life.

John Boorman‘s “Hope and Glory“–another comedy-drama-war film tells the story of the Blitz from the point of view of an ten year old boy. Boorman lived through the Blitz as a boy, he clearly drew upon his experience to write and direct the film, which captures the random destruction intruding into everyday life. He shows how terrifying it was to hear the explosions drawing closer to your home or wherever you had taken shelter, and the incredible joy you felt once you realized that the bombing had moved on and missed you for another night.

“Nothing in life is so exhilarating as to be shot at without result.”
Winston S Churchill in “The Story of the Malakand Field Force” (1898).

The sense of carpe diem also comes through clearly, and in a time when many are killed are wounded just to be alive is to have been given much.

Phyl Moore: My landlady was killed yesterday. I could hear her husband crying through the wall…All night long.
It seems to me when life is so very precarious, it’s an awful shame to waste it.

Catrina Cole and Ambrose Hilliard take turns bucking each other up to do the right thing. She resolves to give Hilliard a role he can embrace, and he does, launching a second career as a character actor.

Catrina Cole: It’s about respect. For the art and for the artists.
And it makes me think…how wrong we’ve been, playing Uncle Frank for laughs.
Yes, he’s a drunkard and a clown. But he’s also all those people who gave their sons to one war and now their grandsons to another.
If we served that truth. If we gave you an Uncle Frank really worth your time and your talent, I wonder, if you would consider putting that same time and talent towards helping Mr. Lundbeck…And the picture.

Hilliard returns the favor by encouraging Cole to make the most of the opportunities fate has given her.

Ambrose Hilliard: Thing is, in the hands of the wrong writer… pfft! So, I was wondering…If you would consider putting your time and talent…
Catrin Cole: I don’t do that anymore. I’m sorry. I… just can’t.
Ambrose Hilliard: You and me… Given opportunities only because young men are gone…Or dying.
But to turn your back on those opportunities…Even when one has suffered such great loss, wouldn’t that be giving death dominion over life?

If you have not seen it yet take the time to track it down. In the same way that “It’s a Wonderful Life” is a great way to celebrate the Christmas holidays, “Their Finest” captures the spirit of Thanksgiving.

Note: I discovered https://subtitle-index.org/ researching the script for “Their Finest” and relied on their subtitles for the quotes from the movie used in this blog post