Safia Abdalla (@captainsafia) wrote a list of 24 “Things I Learned in 2017.” Here are ten that really resonated with me. 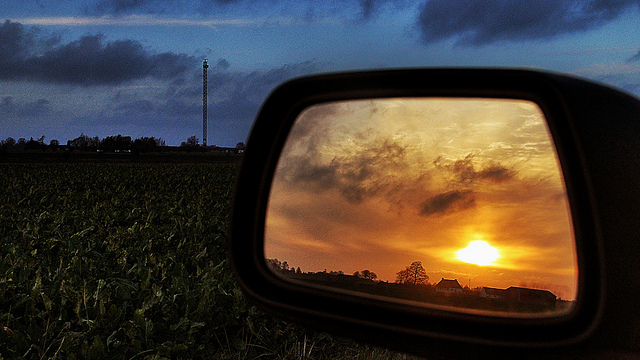 Ten From Safia Abdalla’s
“Things I Learned in 2017”

Here are ten insights that I really liked from a list of 24 “Things I Learned in 2017” by Safia Abdalla (@captainsafia), CEO of Zarf–“a content marketplace where writers can sell access to their independently created pieces.” Safia Abdalla has content for sale on Zarf and blogs at Safia Rocks.  I have preserved the numbers from the original list

1. Never forget where you came from, but don’t let it hold you prisoner either.

I used to tell folks I met in California that I was a simple Missouri farm boy, but it wasn’t true. I grew up in the suburbs of St. Louis as the son of an attorney in private practice. My grandfathers were an attorney and a banker; my father’s three brothers were an attorney, and architect, and a doctor. One of my great grandfathers was newspaper editor and an author in Iowa, another was an entrepreneur who ran several businesses in souther Missouri. One great uncle owned a farm and my father and his brothers each worked on it for several summers growing up but I have never worked on a farm.

7. Love is not given or received. Love is made through hard work and commitment.

I think this is true for marriage, but parent child relationships are more spontaneously formed. In both cases the love is renewed through the hard work listening and compromise and support even when you disagree.

8. Read all the instructions before you assemble your new dining set. Get informed before you embark on anything.

For small tasks winging it–thinking to yourself “how hard can it be” for example–seems appropriate. But anytime the stakes are more than the loss of a quarter of an hour some research and preparation is called for. The higher the stakes, the more preparation you should invest.

10. Your hair will grow back from that awful short hair cut you thought would make you look more sophisticated. Likewise, given enough time, you will recover from most mistakes.

I think this is true for errors in judgement, but less true for value mistakes. If you intentionally treat someone poorly or thoughtlessly your relationship may never recover. Trust takes a long time to build and only one or two selfish or thoughtless acts to undo.

14. Being copied is the highest form of flattery. It’ll also irritate you a little bit. That’s alright though.

We have trademarked several aspects of our business because I would prefer not to be flattered by someone repurposing them. But most of my ideas are not truly original, even if they were independently developed and it’s a losing game to try and claim all the credit for everything you do–but I do believe it’s worth protecting your brand in a business. While this was not one of the things I learned in 2017 I was reminded of it when I had to notify an organization that they were using one of our trademarks.

15. Work that you love doing is still work.

I think enjoying what you do makes it easier to persist in improving the skills and expertise needed to differentiate yourself. But it’s still work and it’s very dangerous to treat your business–or volunteer work–as a hobby.

19. Appreciate the things that fade away to the periphery. The roof over your head, your warm winter coat, your abundant stack of wool sacks, your full fridge, the companionship of good friends.

My brother visited and we took our wives on a vacation to the wine country. It was wonderful. And then I fell and sprained my foot and the next morning we woke up to find fires raging a few miles away. It’s a little eerie to have no cell, Internet, or television and try to piece together a coherent picture of a somewhat chaotic situation by daytime talk radio. We had to drive out by the coast and met a number of people who had lost their houses to the fire or were in evacuation zones and were not sure they would return to anything more than smoking ash. When we got back to our little townhouse by the freeway in San Jose I felt better, and two weeks later when I could walk without a cane everyday life felt so good it seemed like a vacation. Normal is much better than you may be giving it credit for.

22. Better things come to those who wait.

Playing a long game, not cutting corners and enjoying the journey is probably the best we can aspire to in this life. I think the last thing I purchased that changed my life was buying a car with a CD player about 30 years ago. It allowed me to listen to the radio if I wanted to but to choose my music. The flip side in many cases is that you don’t know what you’ve got until it’s gone: your children and then your grandchildren are only young once; you will not always have your parents or good friends to go to for advice; the good boss and fantastic team at work are broken up by unforeseen events. If you can have things slowly improve in a way that is sustainable I think that is about the best we can do.

23. Few people notice the changes that matter because they happen very slowly.

On their birthdays my two grandchildren mark their heights off on the same wall chart we used for my three children. You cannot rely on your memory to see the slow but steady changes that are transformative. Some destruction is sudden–it’s easy to remember earthquakes and fires and floods–but most growth and transition is slow. There are also long period or low frequency oscillations–e.g. multi-year business cycles, the eleven year sunspot cycles, and 17 year locust cycles. One of the more interesting questions of the next decade is what will happen to Moore’s Law, will we continue to see the steady accumulation of price performance improvements in computing power or will it stall until we can switch from silicon to a new substrate.

“Science has not yet mastered prophecy. We predict too much for the next year and yet far too little for the next ten.”
Neil Armstrong in an address to a Joint Session of Congress, Sep-16-1969

There is a lot of evidence that when people learn skills by trial and error they remember the errors as well as the “right way” and use the memory of those errors to correct or adjust their performance after they have mastered the skill. Ruling out possibilities when sampling from a finite set, e.g. in situations that resemble exploring a maze or looking for buried treasure, is valuable: when you are exploring keep a log so that you can make new mistakes.