My February 2019 collection of quotes for entrepreneurs focus on time, progress, and evolution.
I collect these quotes for entrepreneurs from a variety of sources and tweet them on @skmurphy about once a day where you can get them hot off the mojo wire. At the end of each month I curate them in a blog post that adds commentary and may contain a longer passage from the same source for context. Please enter your E-mail address if you would like to have new blog posts sent to you.

Quotes For Entrepreneurs Collected in February 2019

My focus this month is on time, progress, and evolution.

“I was a cattle rancher for 17 years, during which there was no discernible division between my life and my work. It was cold, arduous, and involved constant contact with actual bullshit, but I loved it.”
John Perry Barlow in “The Pursuit of Emptiness.” (2001) [also at EFF]

I used this in “Learning from John Perry Barlow’s Principles of Adult Behavior.” I think bootstrappers can relate to a calling that blends life and work and regular contact with bullshit.

“Boredom is the feeling that everything is a waste of time; serenity, that nothing is. ”
Thomas Szasz 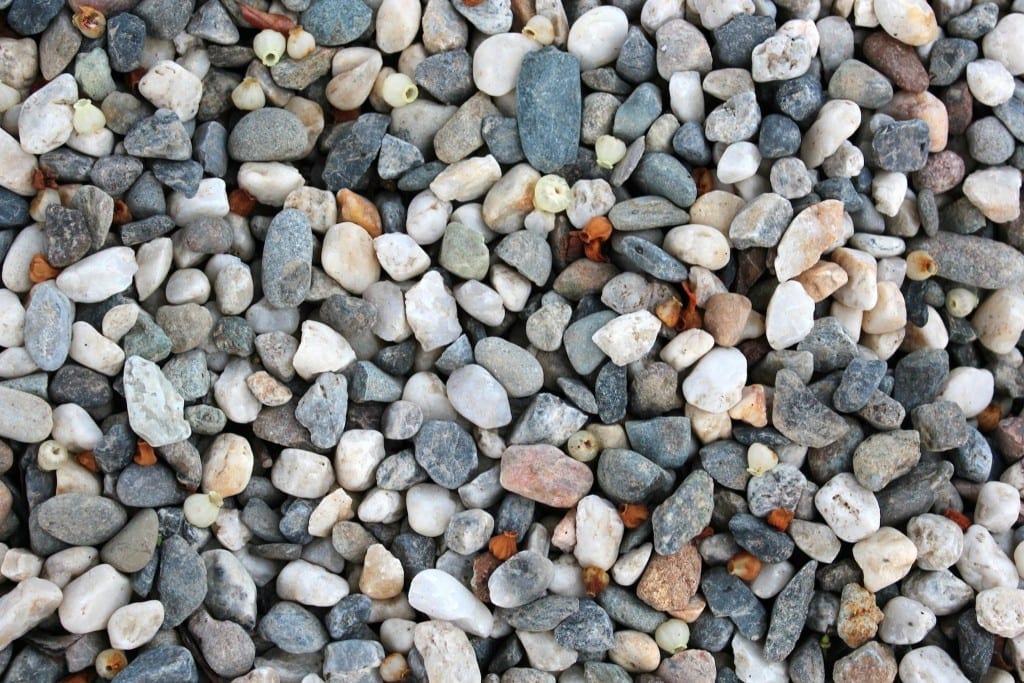 “Wonder is the least of your troubles.”
Drew Byrne

“If you come into a group wanting to bring change, keep in mind that while you know stuff they don’t know, they know stuff that you don’t. Allow them to influence you.”
Esther Derby

“Give and take” is a critical mindset for change agents. Too often they use the “Kubler-Ross” change model (Denial – Anger – Bargaining – Depression – Acceptance) and imagine they are playing the role of Death, with no need to listen, negotiate, or adjust–the exact opposite of what is needed in humane organizations in the real world.

“AI doesn’t exist. Machine learning is a force multiplier and productivity enhancer for statisticians.”
Scott Locklin in AI is Not Eliminating Jobs

An interesting essay, I think there is ongoing job transformation, both creation and destruction, but AI is not a net destroyer of jobs.

“In complicated situations efforts to improve things often tend to make them worse, sometimes much worse, on occasion calamitous, because the obvious thing to do is often dead wrong.”
Jay W. Forrester

This and several variations are known as “Forrester’s Law.” Related quotes from is his Urban Dynamics (1969):

In complex systems cause and effect are often not closely related in either time or space. The structure of a complex system is not a simple feedback loop where one system state dominates the behavior. The complex system has a multiplicity of interacting feedback loops. Its internal rates of flow are controlled by nonlinear relationships. The complex system is of high order, meaning that there are many system states (or levels). It usually contains positive-feedback loops describing growth processes as well as negative, goal-seeking loops. In the complex system the cause of a difficulty may lie far back in time from the symptoms, or in a completely different and remote part of the system. In fact, causes are usually found, not in prior events, but in the structure and policies of the system.
Jay W. Forrester in Urban Dynamics (1969)

“Any intuitive alteration of a complex system will cause it to become worse off.”
Jay W. Forrester in Urban Dynamics (1969) page 9

last is h/t Henry M. Boettinger in Is Management Really an Art? (HBR Jan 1975). I used the first and third in “The Phoenix Checklist for Framing a Problem and Its Solution.”

“We can never do merely one thing.”
Garrett Hardin

“Nothing quite new is perfect.”
Cicero

An important tip for customer interviews: it ensures you capture key points and tells your prospect that you are taking note of what they have to say because it is important. Not only a good story but true.

“It is easier to do many things than to do one thing continuously for a long time.”
Quintillian

Certainly for those of us without Attention Surplus Disorder: it’s an involuntary reflex.

“The Concentrated Essence of Strategy and Tactics

The essential truth underlying these maxims is that, for success, two major problems must be solved: dislocation and  exploitation. One precedes and one follows the actual blow–which in comparison is a simple act. You cannot hit the enemy with effect unless you have first created the opportunity; you cannot make that effect decisive unless you exploit the second opportunity that comes before he can recover.

“Men fall from great fortune because of the same shortcomings that led to their rise.”
Jean de La Bruyere “Character of Theophrastes” (1688)

“Over time, you learn to look for:

“A chief source of the world’s ills is that is it run largely by people who did well in school.”
Aaron Haspel in “Everything“

“The right time to reconsider strategy is the inflection point, not the asymptote.”
Michael Mayer (@mmay3r)

“Before an external negotiation, come to an inner consensus.”
Thibaut (@Kpaxs)

“One look at the patient is better than a thousand phone calls from the nurse.”
Frank Vertosick “When the Air Hits Your Brain: Tales of Neurosugery”

Reminds me of W. J. King’s “Unwritten Laws of Business” suggestion to “Develop a let’s go see attitude and Korzyby’s “The map is not the territory.” (More at Map Territory Relation and “Ground Truth“)

“No man can lose what he never had.”
Izaak Walton “The Compleat Angler” [Gutenberg]

An important perspective when conducting “win/loss analysis,” which is really about improving technique not fixing blame. It’s also useful to distinguish between a loss and “no decision.”

More context, it’s the conclusion to this fishing story about “one that got away.”

Venator. I am glad of that: but I have no fortune: sure, master, yours is a better rod and better tackling.
Piscator. Nay, then, take mine; and I will fish with yours. Look you, scholar, I have another. Come, do as you did before. And now I have a bite at another. Oh me! he has broke all: there’s half a line and a good hook lost.
Venator. Ay, and a good Trout too.
Piscator. Nay, the Trout is not lost; for pray take notice, no man can lose what he never had.

“We can all change for the better, but loss is the stronger current.”
Greg Norminton in “The Lost Art of Losing“

“What one knows is, in youth, of little moment; they know enough who know how to learn.”
Henry Brooks Adams  in “The Education of Henry Adams” (1907)

“1. What You Know Changes, Who You Are Does Not
2. You Cannot Find What You Are Not Looking For
3. The Best Way to Evaluate People is to Watch Them Work
4. You Can’t Hire People Who Don Not Apply
Peter Carbonara in “Hire for Attitude, Train for Skill”  (1996)

“Where do good ideas come from? From differences. Creativity comes from unlikely juxtapositions. The best way to maximize differences is to mix ages, cultures and disciplines.”
Nicholas Negroponte (quoted in “Circle of Innovation” by Tom Peters)

“It is fashionable today to focus on the threats to humanity from war, disease, famine, global warming, or from extinction by some wayward meteor. However, the most important threat by far comes from the insidious tides of bureaucracy, because they strangle human ingenuity and undermine our very ability to cope.”
Donald Braben quoted in “Enlightening the future 2024: Surveying the Next Generation” (2006) and “What Next for Humanity” (2006)

“It is infinitely better to have a few good Men, than many indifferent ones.”
George Washington in a letter to James McHenry on 10 August 1798 (emphasis in original)

“It is much easier at all times to prevent an evil than to rectify mistakes. It is infinitely better to have a few good Men, than many indifferent ones. Officers whose Recruiting emoluments depend upon numbers, will not be over scrupulous in their choice, with out the fullest conviction that the Inspection of the men will be as rigid as the Instructions that are strict.”
George Washington in a letter to James McHenry on 10 August 1798 (emphasis in original)

“The sentence is my favorite mind altering substance.”
Holly Woodward

“The best remedy for worry is disaster.”
Steven Carter in “Collected Aphorisms 2008-2018“

I used this as a closing quote in “Constructive Pessimism”

“The two certainties in life: Death and Taxes. Well, it’s time to add a third: Mistakes. Work, therefore, must be checked, rechecked, and checked again. Even then, some mistakes, like pests, will persist; but by then, those that remain, hopefully, will be harmless.
Peter Siviglia in “The Sidelines of Time“

“The punch that knocks a man out is the punch that he doesn’t see. Have you ever seen the pea in the shell game? The man who works the game must have the ability to direct attention to the wrong area. That’s what happens in boxing.”
Cus D’Amato

“The work of science has nothing whatever to do with consensus. Consensus is the business of politics. Science, on the contrary, requires only one investigator who happens to be right, which means that he or she has results that are verifiable by reference to the real world. In science consensus is irrelevant. What is relevant is reproducible results. The greatest scientists in history are great precisely because they broke with the consensus.”
Michael Crichton

“Even God lends a hand to honest boldness.”
Menander