An excerpt from Andrew Grove’s “Only the Paranoid Survive” shows Grove and Gordon Moore recognizing reality and exiting a money losing business, the memory business that had brought Intel so much early success.

Grove provides this warning on the first page of Only the Paranoid Survive: “Sooner or later something fundamental in your business world will change.” The book recounts a number of strategic inflection points that Intel had to navigate over the course of Grove’s tenure. One of the earliest and most interesting is recounted in Chapter 5: “Why Not Do It Ourselves?” I think that bootstrappers have to manage the same kinds of challenges he writes about here.

Intel Memories in the Valley of Death 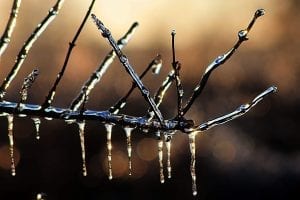 Then in the fall of 1984 all of that changed. Business slowed down. It seemed that nobody wanted to buy chips anymore. Our order backlog evaporated like spring snow. After a period of disbelief, we started cutting back production. But after the long period of buildup, we couldn’t wind down fast enough to match the market slide. We were still building inventory even as our business headed south.

We had been losing money on memories for quite some time while trying to compete with the Japanese producers’ high-quality, low-priced, mass-produced parts. But because business had been so good, we just kept at it, looking for the magical answer that would give us a premium price. We persevered because we could afford to. However, once business slowed down across the board and our other products couldn’t take up the slack, the losses really started to hurt. The need for a different memory strategy, one that would stop the hemorrhage, was growing urgent.

We had meetings and more meetings, bickering and arguments, resulting in nothing but conflicting proposals. ‘There were those who proposed what they called a “go for it” strategy: “Let’s build a gigantic factory dedicated to producing memories and nothing but memories, and let’s take on the Japanese.” Others proposed that we should get really clever and use an avant-garde technology, “go for it” but in a technological rather than a manufacturing sense and build something the Japanese producers couldn’t build. Others were still clinging to the idea that we could come up with special-purpose memories, an increasingly unlikely possibility as memories became a uniform worldwide commodity. Meanwhile, as the debates raged, we just went on losing more and more money. It was a grim and frustrating year. During that time we worked hard without a clear notion of how things were ever going to get better. We had lost our bearings. We were wandering in the valley of death.

One rule I find myself using all too frequently comes from Gerald Weinberg’s “Secrets of Consulting.” He calls it “Rhonda’s First Revelation: It May Look Like a Crisis, But It’s Only the End of An Illusion.” When you feel you are facing a crisis, you have relied on an illusion. When something has worked reliably to make you successful, your first temptation is to double down, to “go for it” when it seems to falter. Instead, the better strategy is to spread your bets and explore. Invest in what’s still working, try variations that may prove more potent, and talk to both your current customers and prospects with new ideas. You need to plant a bushel of acorns, not look for the next big diamond. Easy to say, hard to do. 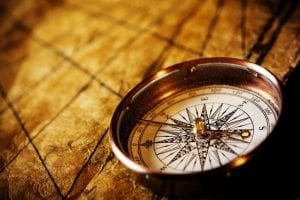 I remember a time in the middle of 1985, after this aimless wandering had been going on for almost a year. I was in my office with Intel’s chairman and CEO, Gordon Moore, and we were discussing our quandary. Our mood was downbeat. I looked out the window at the Ferris wheel of the Great America amusement park revolving in the distance, then I turned back to Gordon and I asked, “If we got kicked out and the board brought in a new CEO, what do you think he would do?” Gordon answered with- out hesitation, “He would get us out of memories.” I stared at him, numb, then said, “Why shouldn’t you and I walk out the door, come back and do it ourselves?”

Peter Drucker offers a test for any active product or line of business: would we enter this business knowing what we know now. If the answer is no, you have to plan an orderly exit. An exit does not give you a new goal or direction, but it frees up resources to allow you to start to explore. Posteriorities–deciding what not to do–are as important as priorities; especially when it comes to organized abandonment: the decision to stop doing things that are not longer working instead of continuing due to force of habit and organizational inertia. The test that Fuji passed and Kodak failed–although management saw the handwriting on the wall for the film business in both cases–was that Fuji was willing to start exploring. Fuji took stock of their complete set of capabilities and talked to new prospects to find new uses for what they could provide.

Describing a Change is Different From Executing a New Strategy 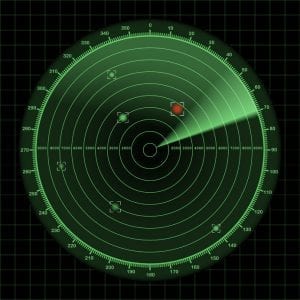 The Road to Survival:  With that comment and with Gordon’s encouragement, we started on a very difficult journey. To be completely honest about it, as I started to discuss the possibility of getting out of the memory chip business with some of my associates, I had a hard time getting the words out of my mouth without equivocation. It was just too difficult a thing to say. Intel equaled memories in all of our minds. How could we give up our identity? How could we exist as a company that was not in the memory business? It was close to being inconceivable. Saying it to Gordon was one thing; talking to other people and implementing it in earnest was another.  [..]

After all manner of gnashing of teeth, we told our sales force to notify our memory customers. This was one of the great bugaboos: How would our customers react? Would they stop doing business with us altogether now that we were letting them down? In fact, the reaction was, for all practical purposes, a big yawn. Our customers knew that we were not a very large factor in the market and they had half figured that we would get out; most of them had already made arrangements with other suppliers.

In fact, when we informed them of the decision, some of them reacted with the comment, “It sure took you a long time.” People who have no emotional stake in a decision can see what needs to be done sooner.

Grove had walked out of Communist Hungary and made his way to New York, a journey he documented in his autobiography “Swimming Across.” He knew that sacrifice, in particular letting of of the past, is often required survival. His candor about his own delay in seeing what was clearly required for Intel to prosper makes the passage compelling.

“If existing management want to keep their jobs when the basics of the business are undergoing profound change, they must adopt an outsider’s intellectual objectivity. They must do what they need to do to get through the strategic inflection point unfettered by any emotional attachment to the past. That’s what Gordon and I had to do when we figuratively went out the door, stomped out our cigarettes and returned to do the job.”

I often wish I had a “third person perspective” that would allow me to see the systems and patterns of behavior that I am enmeshed in. An outsider perspective allows you to shift perspective to the other parties involved in a, team, organization, industry, or supply chain. In most cases Gerald’s Weinberg’s observation that “what looks like a crisis is only the end of an illusion” offers a very good framework for recognizing the underlying realities of your situation. Here is Peter Drucker on the need to engage in organized abandonment on an ongoing basis.

“There is a need for organized abandonment: the systematic withdrawal of resources–money, but above all, people–from yesterday’s efforts. […]

Every product, every service–external and internal–every process, every activity needs to be put on trial every few years with the question: “If we weren’t in this already, would we go into it knowing what we now know?” […]

The time to ask these questions and act upon the answers is not when the institution is in trouble. It is while it is successful. For then it is most likely to have resources allocated to the past, to things that did produce, to goals that did challenge, to needs that were unfulfilled.”