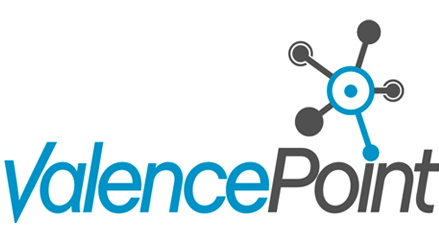 This is a time capsule from nine years ago. We worked part time on a side project we called ValencePoint from late 2003 until mid 2005. We used the technology internally with clients and at one point acted on a suggestion to make a funding presentation which led to the creation of this executive summary. I think many of the problems that we were working one have only been partially addressed and that significant opportunities remain in the collaboration space.

ValencePoint is an early stage software startup focused on small project teams who want to move faster–with lower coordination friction–in their creative collaboration to consensus. Our product strategy is to leverage proven methodologies and technologies for development and deployment from the open source community.

In the 1970’s and 80’s the rule of thumb was to co-locate a project team, preferably in a “War Room,” if you really wanted to enable them to focus and deliver. The 90’s saw E-mailed attachments replace faxes and LCD projectors replace overhead slides, speeding up the cycle time. More recently outsourcing, geographically distributed teams, pervasive Internet and messaging technologies have combined to render earlier paper-based and “same time same place” team interaction models either inadequate or obsolete.

The open source software movement has developed a number of viable “Internet scale” development and deployment technologies (and implicit methodologies) but most project team are not able to use them due to a lack of “business class” integration and packaging; as a result many teams are not as effective today as they were in a 1980’s War Room.

Here’s why: small project teams that are geographically distributed and/or span more than one firm typically rely on E-mailed attachments and shared folders. But these methods of communication and coordination present some challenges:

Our plan is to offer a service integration platform called ValencePoint that leverages existing open source tools for wikis, chat, syndication, and notification. ValencePoint will enable small project teams to build private workspaces into which they can import legacy content, track any changes to content as it is developed and refined, track current project status, and deliver documents to existing content management systems to complete the project.

We see three ways that we can reach small project teams in both small/medium companies and the Fortune 500:

Additionally, we believe the fact that ValencePoint acts as a service integration platform for existing open source wiki, chat, syndication, and notification technologies means that Fortune 500 IT departments that have already made infrastructure investments in those technologies will adopt
it as a means to manage them more efficiently.

Timeline / Use of Funds

We continue to work with clients in wikis and shared workspaces. The current version of Google Docs providing a compelling experience at the single document level, allowing for a small team to collaborate in real time on written content, spreadsheets, and slide decks. But the higher level organization of the document set leaves much to be desired. We continue to look for better solutions that enables