Quotes for Entrepreneurs Curated in February 2015

“Nothing would more contribute to make a Man wise, than to have always an Enemy in his view.”
George Savile

While it’s dangerous to benchmark only against existing competitors entrepreneurs need to benchmark their solution against whatever prospects consider viable alternatives.

“Nothing like hearing a coyote & pups howl outside to remind you that the comforts of modern life are out of the norm of human experience.”
Rick DeVos (@RickDeVos)

“Ninety-eight percent of what we do, we do by habit, spontaneously.”
William Lantz

“Growing old is like being increasingly penalized for a crime you haven’t committed.”
Pierre Teilhard de Chardin

“Youth is the gift of nature, but age is a work of art.”
Stanislaw Jerzy Lec

“I think age is a very high price to pay for maturity.”
Tom Stoppard

“We think we understand the rules when we become adults,
but what we really experience is a narrowing of the imagination.”
David Lynch

“Occasions of adversity best discover how great virtue or strength each one hath. For occasions do not make a man frail, but they show what he is.”
Thomas à Kempis

“Adversity has the same effect on a man that severe training has on the pugilist: it reduces him to his fighting weight.”
Josh Billings

“When a man stands on the verge of seventy-two you know perfectly well that he never reached that place without knowing what this life is–heartbreaking bereavement. And so our reverence is for our dead. We do not forget them; but our duty is toward the living; and if we can be cheerful in spirit, cheerful in speech and in hope, that is a benefit to those who are around us.”
Mark Twain in a speech in London on June 25, 1907 called “Books, Authors, and Hats” (see Mark Twain’s Speeches)

“Education is the path from cocky ignorance to miserable uncertainty.”
Mark Twain

So is entrepreneurship for that matter–unless you are exceptionally lucky or bankrupt–any retrospectives after even a modest success point out how much is left to learn.

“A graduation ceremony is an event where the commencement speaker tells thousands of students dressed in identical caps and gowns that individuality is the key to success.”
Robert Orben

“It takes some little time to accept and realize the fact that while you have been growing old, your friends have not been standing still, in that matter.”
Mark Twain in “Chapter 55: A vendetta and other things” from Life on the Mississippi 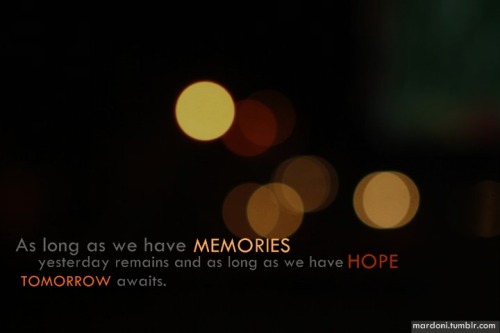 Inspiring insight for a Sunday morning that has me in a reflective mood.

“Please do not mistake sensitivity for weakness.”
Anais Nin

I think that some entrepreneurs mistakenly reject appreciative inquiry, ethnographic methods, and other techniques for gaining empathy for the prospect’s situation and needs. The stories they read of successful entrepreneurs imply ideas spring full blown in the entrepreneur’s mind. This can sometimes be true for entrepreneurs who have deep prior experience in the industry they are trying to sell to, but even then  ongoing experimentation, patient tinkering, and active observation of current practice and prototypes in use are still required.

“If you can keep your head when all about you are losing theirs,
it’s just possible you haven’t grasped the situation.”
Jean Kerr in “Please Don’t Eat The Daisies“

“If you can keep your head when all about you
Are losing theirs and blaming it on you,”

“Anything you lose automatically doubles in value.”
Mignon McLaughlin

“Boys do no grow up gradually. They move forward in spurts like the hands of clocks in railway stations.”
Cyril Connolly in “Enemies of Promise“

“Modeling is prediction is compression is modeling.”
Marcelo Rinesi in “Why we should always keep Shannon in mind“

I reached out to Marcelo (I got to know him several years ago via an email correspondence and he was kind enough to let me publish “The Expertise Light Speed Barrier” as a guest blog in 2012)  to confirm the quote was his and he responded:

“I made up the phrase on the spot, but the point is precisely that it’s a very, very, old insight, and I wouldn’t be surprised that a similar wording has been used in the past. Both Kolmogorov and Shannon did the bulk of their work in the first half of the past century, after all; Chaitin’s is more recent, and in a sense clarifies and extends a lot of it, but the core ideas have been there for more than 50 years.”

I can definitely relate to his tagline: “My name is Marcelo Rinesi. I don’t really do the one thing at a time thing very well.”

“It’s only when you look at an ant through a magnifying glass on a sunny day that you realize how often they burst into flames.”
Harry Hill

Fame and revenue can have two contradictory effect on startups: the team squabbles over who contributed what and deserves credit or they become unable to improve because they are afraid of losing what they have.

I am extroverted and Irish enough to empathize, although in my sixth decade I spend more effort to anticipate my afterthoughts before speaking or embarking on a course of action.  Related quote (originally selected in “Quotes for Entrepreneurs June 2009“)

“The little girl had the making of a poet in her who, being told to be sure of her meaning before she spoke, said: ‘How can I know what I think till I see what I say?'”
Graham Wallas in The Art of Thought, 1926

“To push the boundaries, you need to know where the edges are.”
Mark Boulton  (@MarkBoulton)

“Don’t let the perfect be the enemy of the good.”
Voltaire

“He who cannot draw on three thousand years is living from hand to mouth.”
Johann Wolfgang von Goethe

“They who are of opinion that Money will do every thing, may very well be suspected to do every thing for Money.”
George Savile in “Complete Works” [PDF]

Some entrepreneurs make the same two mistakes: assuming a lack of money is the only thing holding them back and only working on ideas where there is an immediate payback. The latter works against developing expertise and establishing trust.

“Caveat Lector. Let the reader look out for himself.”
Oliver Wendell Holmes Sr. in “Poet at the breakfast table“

Leadership: there is no easy formula for real leadership (if there were we would see a lot more of it), but it seems clear that the following elements always need to be present:

Cited in Tom DeMarco on Leadership, Trust, and Training

Conversation is a meeting of minds with different memories and habits.

When minds meet, they don’t just exchange facts: they transform them, reshape them, draw different implications from them, and engage in new trains of thought.

Theodore Zeldin  in “Conversation: How Talk Can Change Our Lives“

… and new organization of the cards.

Update July 5, 2015: I liked the quote so much I ordered Zeldin’s book and ended up blogging about it: “A Serious Conversation Can Change Your Life.”

“I felt it shelter to speak to you.”
Emily Dickinson in the opening line of a letter to Thomas Wentworth Higginson

“If you can’t solve a problem, it’s because you’re playing by the rules.”
Paul Arden

This is a useful heuristic and an indicator of a mental block. For an elaboration on this see “Recurring Problems Have Both Technical and Psychological Roots“

“If you write it down and you don’t lie you don’t have to remember what you said.”
Jeffrey Gitomer (@gitomer) in “The Patterson Principles of Selling“

“In the conduct of life, habits count more than maxims, because habit is a living maxim, become flesh and instinct. To reform one maxims is nothing; it is but to change the title on the book. To learn new habits is everything; for it is to reach the substance of life. Life is but a tissue of habits.”
Henri Frederic Amiel in his Journal

“We’re not your classic heroes. We’re not the favorites. We’re the other guys. We’re the guys nobody ever bets on.”
The Shoveler in “Mystery Men“

“Make the best use of what is in your power, and take the rest as it happens.”
Epictetus

“The mind is not a vessel to be filled but a fire to be kindled.”
Plutarch

“A brain can improve till it fits its environment.”
H. Ross Ashby in “Aphorisms“

“Introspection alone never gives knowledge of self; that is obtained by meditation on action.”
Austin O’Malley “Keystones of Thought“

“Life passes through us; we do not possess it.”
Henri Frederic Amiel

“A fly lies dead of cold on the page of my book, in full summer! What is life? I said to myself, as I looked at the tiny dead creature. It is a loan, as movement is. The universal life is a sum total, of which the units are visible here, there, and everywhere, just as an electric wheel throws off sparks along its whole surface. Life passes through us; we do not possess it.
Henri Frederic Amiel in his Journal

A Cyberneticist observes what might have happened but did not.
H. Ross Ashby in “Aphorisms“

“After a time, you may find that having is not so pleasing a thing after all as wanting. It is not logical, but it is often true.”
Spock in “Amok Time“

“I’ve never stopped to look at clouds before. Or rainbows. You know, I can tell you exactly why one appears in the sky, but considering its beauty has always been out of the question.”
Spock to Leila Kalomi in “This Side of Paradise“

“Wisdom is also a deeper consciousness of ignorance.”
Austin O’Malley “Keystones of Thought“

“We will make electricity so cheap that only the rich will burn candles.”
Thomas Edison

h/t CivQuotes: Electricity (with spoken audio by Leonard Nimoy) for Civ4 Electricity Advance. The Quote Investigator website suggests that the actual quote is

“After the electric light goes into general use, none but the extravagant will burn tallow candles.”
Thomas Edison

1 thought on “Quotes For Entrepreneurs–February 2015”