Leonard Nimoy’s portrayal of Spock in Star Trek offers inspiration and lessons for entrepreneurial engineers and scientists. Here are a few Spock quotes that I thought were representative of the character with some additional commentary for entrepreneurs. 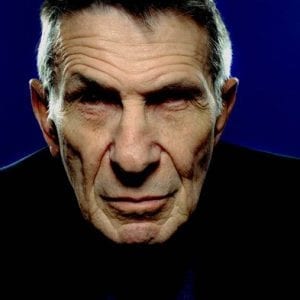 Leonard Nimoy played Spock, the science officer on the starship Enterprise in the original 1960’s television series, the first six movies in the franchise that followed, and many of the Star Trek spinoff movies and series thereafter. Nimoy infused Spock’s character with a detached rationalism that resonated with many who follow science and engineering careers, including many entrepreneurs–although he was perhaps more of a role model for CTO than CEO.

“Fascinating” was word Spock employed frequently, it communicated a genuine sense of wonder and scientific curiosity. In “The Squire of Gothos” episode that aired halfway through the first season he explained what he meant by it:

McCoy: Does your logic find this fascinating, Mr. Spock?
Spock: No. “Fascinating” is a word I use for the unexpected. In this case, I should think “interesting” would suffice.

An attitude of scientific curiosity toward the unexpected would serve any entrepreneur well.

“I’ve never stopped to look at clouds before. Or rainbows. You know, I can tell you exactly why one appears in the sky, but considering its beauty has always been out of the question.”
Spock to Leila Kalomi in “This Side of Paradise” Spock has been granted emotions by alien plant spores he inhaled.

A lack of appreciation for beauty–versus function, purpose, system, or utility–can be the Achilles heel of an entrepreneurial engineer. Certainly it’s true for me–when I took the VIA Strengths Survey the “Appreciation of Beauty” was my lowest score. But it’s a perspective worth cultivating.

“After a time, you may find that having is not so pleasing a thing after all as wanting. It is not logical, but it is often true.”
Spock to Stonn in “Amok Time“

Many forms of success and awards are richer in the anticipation than the reality.

Vision Is More Than Observation

This is another risk of a detached point of view.  As John Morrison observed, “Knowledge comes by taking things apart: analysis. But wisdom comes by putting things together.” Kirk’s response to Spock trying to excuse his fear of taking action is “But one man can change the present. […] In every revolution, there’s one man with a vision.”

The ability to translate understanding of how things work into a vision for how to create something new and useful is a key challenge for an entrepreneurial scientist or engineer.

A great greeting and a good model for partnership, collaboration, and community.