Mike Silverman passed away Sep-13-2014 after a 14 month battle with cancer. He was an entrepreneur with tremendous energy and integrity. I will miss him. He founded Ops A La Carte in 2002 and built it up to a training, testing, and consulting organization providing work for dozens of experienced reliability engineers. 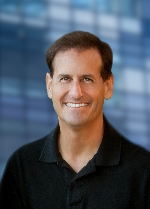 We were both members of IEEE-CNSV and I got to know him from his participation in meetings. He was thoughtful but always had a strong bias for making things happen. I had a chance to work with him in two contexts: he was a client when he was first getting Ops A La Carte off the ground and later an active partner with another client, Voler Systems, for at least the last half a dozen years. We collaborated on a number of events, including trade shows and open houses.

His success in scaling up Ops A La Carte was no surprise to anyone who knew him: he worked harder than any three people I know. Someone else who knew him joked that if you counted the overtime he worked he was well past 100.

He was frugal, scrupulously honest, knowledgeable about a broad range of reliability  and quality disciplines, and he knew how to make win-win deals.  He was an effective public speaker who could cut to the heart of an issue in a small group or a large one, and foster a working consensus that would move things forward.

He was not afraid to try things and make adjustments as he went: he understood that the value of a “good enough” decision made in a timely fashion far exceeded a perfect answer arrived at in the fullness of time. He brought energy and an infectious enthusiasm to any project he tackled. He was straight ahead and was able to assimilate setbacks and contrary opinions as information to be included in the next revision of his plans.

I will miss him.

From his obituary in the Mercury News:

Mike, age 50, passed away peacefully at home surrounded by family on September 13th after a valiant 14 month battle with cancer. His positive outlook on life was an inspiration to the end.

Mike owned and operated Ops A La Carte LLC, providing training, testing and reliability engineering consulting services to companies around the world. He and his family have resided in Saratoga, CA since 1986. Mike is survived by his loving wife of 25 years, Kim; their children, Shaelyn (18) and Shawn (16); his parents Bernard and Sheila Silverman; and his siblings, Gary, Debi and Dan. Mike will be sorely missed by all who had the pleasure of knowing him before his premature passing.

Ops A La Carte, LLC is deeply saddened to announce that company founder, Mike Silverman, passed away on September 13 after battling cancer.

Mike started Ops A La Carte 12 years ago with a vision of being able to support any company, with any product, in any industry, anywhere in the world to meet their reliability goals. Since then, Ops A La Carte has become a leader in providing professional reliability services. It’s worldwide team of over 60 expert consultants have worked on over 1,500 products in 100 different industries in 30 countries.

Although we are mourning the loss of Mike, our valued leader, co-worker and friend, the Ops A La Carte team remains committed to continue its legacy of excellence for years to come.