Quotes for Entrepreneurs Curated in September 2014

“A holiday gives one chance to look backward and forward, to reset oneself by an inner compass.”
May Sarton

A prototype is worth a thousand meetings.
Mike Davidson (@MikeIndustries)

to describe the value of prototyping at a Singapore Lean Startup Circle presentation in June 2013 and in https://speakerdeck.com/leejunlin/quick-and-dirty-prototyping-singapore-lean-startup-circle-june-meetup I contacted him and he said it’s not original with him but could not remember where he read it. 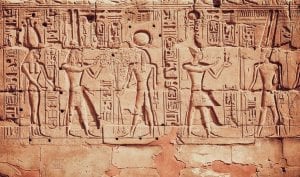 “In 149 centuries, movies add time and CAD adds depth to a flat static cave drawing of a hunt.”
Chris Yonge

Condensed from Chris Yonge on 3D Printing: Past, Present, and Future

“Enthusiasm finds the opportunities, and energy makes the most of them.”
Henry S. Haskins “Meditations in Wall Street” (1940)

“Loneliness is the poverty of self;
solitude is richness of self.”
May Sarton

“Politeness is to human nature what warmth is to wax.”
Arthur Schopenhauer

“The best demo is conversation driven by mutual curiosity: a joint exploration of their situation, their needs, and your offering.”
Sean Murphy

“I expect to pass through life but once. If therefore, there be any kindness I can show, or any good thing I can do to any fellow being, let me do it now, and not defer or neglect it, as I shall not pass this way again.”
Stephen Grellet

Used as end quote for “Counting Your Blessings”

“We can, after all, learn much from lessons we did not sign up for.”
Alexander Jablokov  in “Breath of Suspension”

“There is no substitute for excellence.
Not even success.”
Thomas Boswell

“The road to truth is long, and lined the entire way with annoying bastards.”
Alexander Jablokov in “The Place of No Shadows”

“Empathy is intuitive, but it is also something you can work on intellectually.”
Tim Minchin in “Occasional Address at The University of Western Australia 17-Sep-2013“

“There’s one sort of intelligence. It helps you get what you want.
There’s another: the kind that tells you what the right thing to want is.”
Alexander Jablokov from The Breath of Suspension

“Cyberspace is everting.” It’s interpenetrating our everyday reality to the point that on-line is our normal waking state.”
William Gibson in Spook Country

Quoted in  Deformation Professionelle Of The Software Entrepreneur

Will Evans (@semanticwill): “True strategy is about placing bets and making hard choices under conditions of uncertainty, not about assuming plans can remove risk.”

Sean Murphy (@skmurphy): plans mitigate risk: strategy balances the cost of preparations and options against the reduction in risk produced.

Will Evans (@semanticwill): Socratic question: all plans? Some? Which ones? How do they do so?
Sean Murphy (@skmurphy):  Let me use your “true strategy” formulation: you can tell if it’s truly planning if it mitigates risk.
Sean Murphy (@skmurphy): True planning mitigates risk; strategy balances the cost of preparations and options against risk reduced.

“A great part of life consists of contemplating what we cannot cure.”
Robert Louis Stevenson

“5 Whys is good for root cause but I start with ‘5 Whos’ to sharpen customer focus.”
Tristan Kromer in “Tristan Kromer on Testing Customer and Value Hypotheses“

Could you repeat that? I didn’t quite catch it.

” Somehow I can’t believe that there are any heights that can’t be scaled by a man who knows the secrets of making dreams come true. This special secret, it seems to me, can be summarised in four Cs. They are curiosity, confidence, courage and constancy, and the greatest of all is confidence. When you believe in a thing, believe in it all the way, implicitly and unquestionably.”
Walt Disney

“Mrs Thicknesse and I agreed that a business of his own was probably the only solution for him because he was obviously unemployable.”
Peter De Vries in “Comfort Me with Apples”

“The past is rich in lessons from which we would greatly profit except that the present is always so full of Special Circumstances.”
Mignon McLaughlin

Used as a closing quote for “How Long Is a Piece of String?”

Twitter version of closing lines to “What Are the Core Skills For Customer Development?”

“A few years ago, users of Internet services began to realize that when an online service is free, you’re not the customer. You’re the product. ”
Tim Cook in “A message from Tim Cook about Apple’s commitment to your privacy.”

“Count no day lost in which you waited your turn, took only your share and sought advantage over no one.”
Robert Brault

“Your name is your primary weapon in the battle for the mind.”
Al Ries and Jack Trout in “Positioning“

Used as a section quote in “Why You Need a Logo”

“Entrepreneurs expect opportunity only by creating value for others.”
Dan Sullivan in “The Great Crossover“

Used as a section quote in “Entrepreneurial Mindset: Create Value For Others”

“Character consists of what you do on the third and fourth tries.”
James Michener in “Chesapeake”

“We tend to use a new technology to do an old task more efficiently. We pave the cow paths.”
Paul Saffo on “The Mouse Turns 40” (2008)

Takahashi: Is technology where you would expect it to be, based on Moore’s Law?

Saffo: We are making advances at the rate that one would expect. We are not making advances at the rate one would hope. This is why Doug’s ideas are still relevant. We tend to use a new technology to do an old task more efficiently. We pave the cow paths. Using computers to send email is doing the same thing that the Postal Service used to do. It’s paving the cow path. That’s human nature to solve problems that way. In 1907, Leo Baekeland invented plastic, which he called Bakelite. He tried to make plastic look like something familiar, like tortoise shells. Soon enough, they figured out other things to do. Computers are still in this Bakelite stage. Laptops look like typewriters with screens. This is a revolution that is 40 years old and is still getting under way. Next time at the airport, look around. Most people are looking for a chair to type on their laptops. Keyboards shouldn’t be in your lap. You should have other ways to interact, more like the iPhone.

“Today is the child of yesterday and the parent of tomorrow. The work you produce today will create your future.”
Bruce Mau in “An incomplete manifesto for growth“

20. Be careful to take risks. Time is genetic. Today is the child of yesterday and the parent of tomorrow. The work you produce today will create your future.”

“The future of work consists of learning a living.”
Marshall McLuhan in “Understanding Media“

“Happiness is neither virtue nor pleasure nor this thing nor that, but simply growth.
We are happy when we are growing.”
William Butler Yeats

“A garden is always a series of losses set against a few triumphs, like life itself.”
May Sarton

“Schmexpert: half schmuck, half expert. A lot of feedback that you get in bureaucracies from “customers” is actually from schmexperts. They only know enough jargon to be dangerous and they sees every problem as a long term justification for their indispensability.”
Bill Meade in “Customer Development and Schmexperts“

“We’re all naturally curious when we’re eight years old. But as most people get older, they become less and less curious, so they ask other  people to be curious for them. That’s what I do for a living.”
Ron Miriello

“All things are difficult before they are easy.”
Thomas Fuller

2 thoughts on “Quotes For Entrepreneurs–September 2014”