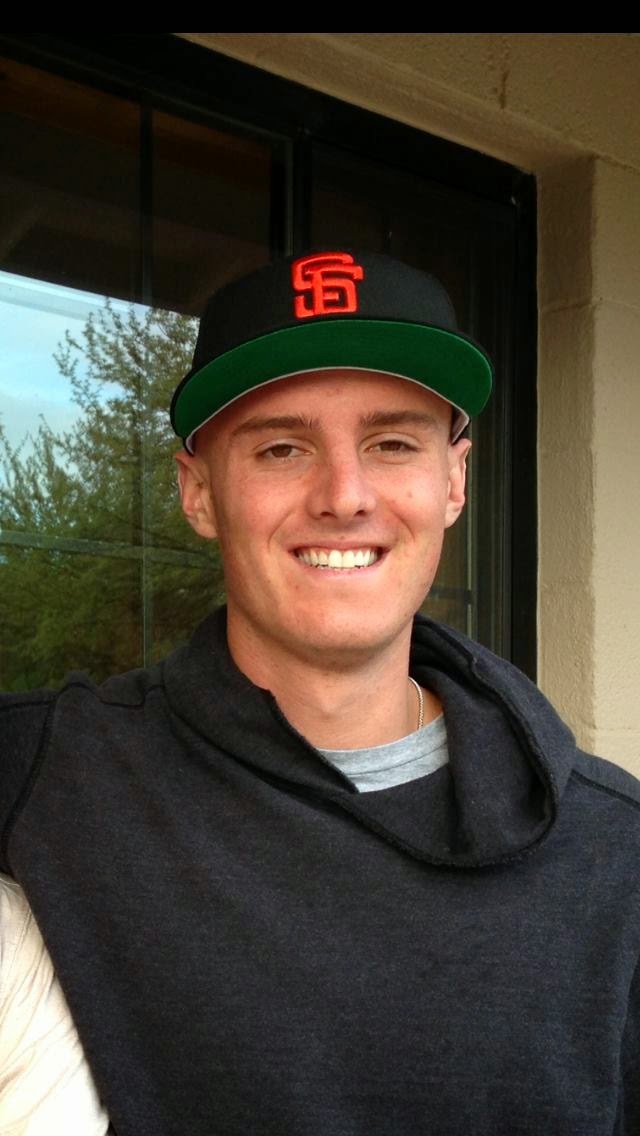 “Man that is born of a woman has but a short time to live, and is full of misery. He comes up, and is cut down, like a flower; he flees as it were a shadow, and never continues in one stay. In the midst of life we are in death…”
Book of Common Prayer: Order for the Burial of the Dead

Theresa and I met with John Foster McKenna at his father’s request about four  years ago. He was contemplating a career in business after college and  his father asked us to offer our perspective on sales and marketing and give him advice on books, types of courses, and  companies to consider. He was an earnest and direct young man, possessed of an athlete’s grace,  who was clearly willing to work hard and would likely prosper in whatever he set his mind to.

John McKenna was home for the holidays in 2012, relaxing in a touch football game when he suffered a seizure for the first time. I blogged about the events in “Good Fortune: Grandfather Dies, Father Dies, Son Dies” partially as a way to process them. In February 2013, his father  started a blog to keep friends and extended family informed of what was happening with his son’s cancer.  John underwent aggressive chemotherapy which brought a remission that allowed him to finish his education and go through college graduation.

John Foster McKenna passed away on August 8, 2014 after a twenty month battle with brain cancer. John lived his life in San Jose, attending The Harker School, Bellarmine College Preparatory ’09, and Gonzaga University, Bachelors of Business Administration ’13. He is survived by his parents, John William McKenna and Melanie S McKenna, his grandparents John Eugene McKenna and Marilyn McKenna, and numerous aunts, uncles and cousins on both the East and West coasts.
John McKenna Obituary

If you knew John or are a friend of the family there will be visitation hours at Darling-Fischer Garden Chapel, 471 E. Santa Clara St, San Jose on Wednesday August 13th from 4-9pm, with a Rosary at 7 pm.  On Thursday, August 14th there will be a Mass of Christian Burial at St. Victor’s Catholic Church, 3108 Sierra Road, San Jose at 10 am.  A reception to continue the celebration of John’s life will be held afterwards.

“The present life of man upon earth, O king, seems to me, in comparison with that time which is unknown to us, like to the swift flight of a sparrow through the house wherein you sit at supper in winter, with your ealdormen and thegns, while the fire blazes in the midst, and the hall is warmed, but the wintry storms of rain or snow are raging abroad. The sparrow, flying in at one door and immediately out at another, whilst he is within, is safe from the wintry tempest; but after a short space of fair weather, he immediately vanishes out of your sight, passing from winter into winter again. So this life of man appears for a little while, but of what is to follow or what went before we know nothing at all.”
Venerable Bede’s “Ecclesiastical History of the English People (London: A Revised Translation With Introduction, Life, and Notes By A. M. Sellar, published by George Bell and Sons, 1907) Book 2, Chapter 13

I came across a quote by Thomas Carlyle that crystallized my sense of loss at John’s death.

“The tragedy of life is not so much what men suffer, but what they miss.”
Thomas Carlyle

John W. McKenna has posted his remarks from the Rosary service here is a key passage but the entire eulogy is very moving and worth reading:

I have often remarked how amazed I have been at the manner with which he responded to his disease and its prognosis. That if it had been me, at the same age as John, there is exactly zero chance I would have responded with anything close to his equanimity. And I know that his ability to persevere is truly a credit to his mother.

In the days since his first seizure, when his friends were with him as they prepared to play football and had to respond to that sudden crisis, to the final night when one of his cousins and one of his friends were with him, Melanie and I have had the wonderful opportunity to see just how much love there was in John’s life. His friends, whether from Little League, our Berryessa neighborhood, Harker Academy, Bellarmine, or Gonzaga, and his family of beloved cousins, were constantly by his side; encouraging him, celebrating the good times, sharing stories or sometimes just being with him quietly. Their goodness and kindness showed us that he was truly blessed.

One thing that made the funeral very different was that about half of those in attendance were in their teens in twenties. It was a moving service and the first hour or so of the reception was also sombre, but then someone started to play some music and it took on more of the ambience of a wedding reception. I cannot imagine John Foster McKenna would have objected. We had all seen his death coming or so long we had all had the opportunity to grieve. John’s remarks end with a quote by Bill Clinton on April 19, 2005 at the ten year anniversary of the Oklahoma bombing that I found helpful:

“Yet, by the grace of God, time takes its toll not only on youth and beauty, but also on tragedy. The tomorrows come almost against our will. And they bring healing and hope, new responsibilities and new possibilities.”