I found Janet Iwasa‘s Ted Talk on “how animations can help scientists test a hypothesis” to be extremely thought provoking. It’s worth considering how to animate your hypothesis to explore it’s viability and implications.

Animation enables you to visualize process that are too small to be seen, even with sophisticated instruments, such as the biological phenomena that that Iwasa shares in the talk. But more importantly, it can  allow you to get a hypothesis out of your head in a way that it can be shared with others, reviewed and annotated.

Animate Your Hypothesis to Explore Its Viability and Implications

Over the years, I found that animations aren’t just useful for communicating an idea, but they’re also really useful for exploring a hypothesis. Biologists for the most part are still using a paper and pencil to visualize the processes they study, and with the data we have now, that’s just not good enough anymore. The process of creating an animation can act as a catalyst that allows researchers to crystallize and refine their own ideas. One researcher I worked with who works on the molecular mechanisms of neurodegenerative diseases came up with experiments that were related directly to the animation that she and I worked on together, and in this way, animation can feed back into the research process. 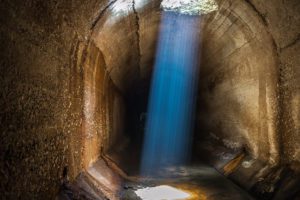 I think we need to develop first diagrams and then modeling languages to allow us to visualize and animate some key aspects of the challenge startups face:

I think we will need to start with pencil and paper or a whiteboard sketch just as the biologists did. Roam’s “Back of the Napkin” certainly offers some very useful visual metaphors, as do decision tree models, tornado diagrams, and traditional spreadsheets to name just a few more. We are talking to several teams that are exploring different ways to combine numbers, words, and diagrams that are integrated into responsive models that can be explored (e.g. parameters changed, relationships varied). The need to animate your hypothesis flows naturally from a desire to visualize and understand the implications for a model that you have built.

If you are working on something that will allow a team to sketch and animate one or more critical aspects of a business we are interested in talking and exploring how to incorporate your capabilities into one or more of our offerings. In particular if it would enable hypotheses to be modeled and explored, and experiments defined to test or refine the hypotheses.

We will also be offering some on-line workshops, starting with key aspects of Customer Discovery and Early Market Exploration. If you would like to take part, in particular if you have real business issues that you are wrestling with that you are interested in seeing modeled in a small group setting, please contact us.

Photo Credit: DarkDay for Solar Rays (“Have You Seen The Light?”)