Trying to take on established competitors using their same business model and value proposition is called “attacking a walled city.” It’s important to understand what your customer is actually paying for and find some way to offer a different value proposition.

Be Wary of Attacking a Walled City 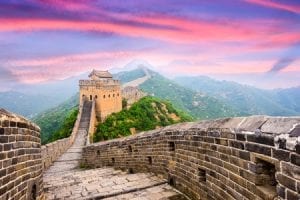 Q: I just launched a new widget classifieds website with an initial goal to create a beautiful professional website for widget crafters and owners to search for and to buy or sell quality widgets. The current competitors draw in 150K to 500K views per month respectively and make 100 sales to 1000 sales a day. So I know that this is a market that has a lot of potential.

I feel that I can provide a more beautiful, professional, user-friendly and responsive website. I have envisioned a whole suite of services that extend beyond basic classifieds but have started with this MDP (minimum desirable product) and are looking to grow and generate sales.

And this is where I’m a bit concerned. The major value that a widget classifieds site can bring is number of views, now I’m growing the traffic on my site organically reaching out to widget crafters, but I’m concerned about generating enough initial business and getting to the tipping point where customers trust my site gets enough views to provide equivalent value to the more established sites.

A: Five minutes on Google turns up many sites devoted to selling widgets and I suspect that there are many more. Is there a group or category of widget crafters or new buyers that are not well served by existing sites that you can target? Even getting to an average of one sale a day in a crowded market is going to be very challenging. You probably need to pick a different business model than the existing major sites and target a different need or offer a different value proposition (e.g. instead of selling ads take a percentage of the sale, perhaps adjusted for time to close (longer is lower percentage)).

Attacking A Walled City
A classic marketing flaw is to attack a large company’s customer base with a competitive replacement product. Rarely is this approach successful, since customers would prefer to buy from a few suppliers that are also the leaders. The new product typically attacks a strongly held market by using a different or incrementally improved next-generation technology. Existing suppliers, particularly start-ups, are unwilling to give up their market position and can hold their share of the market by enhancing their products through evolution. Attacking the customer base (e.g., IBM, Lotus 1-2-3 clone) of a supplier that is unwilling to accept the loss of revenue (e.g., add-on disk memories) or loss of control (e.g., database) is a flawed approach. It will succeed only if the new technology is compelling and the competitor cannot move prices rapidly (e.g., plug-compatible IBM mainframes).”

Note that selling “lower cost ads” is not a basis for competition, your customers want to buy or sell widgets, ads are a mechanism for effecting the sale, not an end result in and of themselves. You may be attacking two walled cities at once because you need both buyers and sellers to visit your site to be successful at facilitating a transaction. Bell elaborates on this on page 333

“When attacking a walled city, a start-up shouldn’t telegraph its intentions to the inhabitants by distributing promotional coffee cups, towels, and T-shirts. And it should avoid attacking two walled cities at once.”
Gordon Bell in “High Tech Ventures” [PDF] page 333

I know that you believe that the current widget marketplace sites are ugly–and this may be an accurate assessment–but it may not be a problem for their customers.

3 thoughts on “Be Wary of Attacking a Walled City”