Once more it’s Independence Day. Here are some quotes I found appropriate for this year.  I wish you and your family a Happy Fourth of July 2017. 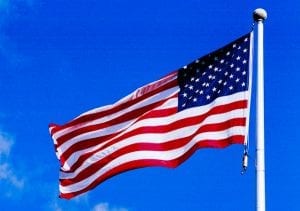 “The American, by nature, is optimistic. He is experimental, an inventor, and a builder who builds best when called upon to build greatly.”
John F. Kennedy

“Freedom, like any other virtue, does not exist in a vacuum. It must be worked and practiced to exist at all. And like any other virtue, it imposes upon those who would have it the unpleasant tasks of discipline and sacrifice. A materialistic people do not learn these tasks by reading posters or listening to pep talks, any more than you can learn to play the violin by the same methods.”
Ralph Austin Bard, Asst Secretary Navy, speech “We Are Still Losing This War”  Sep- 24- 1942

“Freedom is not made up principally of privileges; it is made up especially of duties.”
Albert Camus

“Seek freedom and become captive of your desires, seek discipline and find your liberty.”
Frank Herbert

“I think of a hero as someone who understands the degree of responsibility that comes with his freedom.”
Bob Dylan

“When we least expect it, life sets us a challenge to test our courage and willingness to change; at such a moment, there is no point in pretending that nothing has happened or in saying that we are not ready. The challenge will not wait. Life does not look back.”
Paul Coehlo

“You get freedom by letting your enemy know that you’ll do anything to get your freedom; then you’ll get it. It’s the only way you’ll get it.”
Malcolm X, Advice to the Youth of Mississippi (31 December 1964)

“You can have peace. Or you can have freedom. Don’t ever count on having both at once.”
Robert A. Heinlein, Time Enough for Love