Fourth of July is when the Declaration of Independence was signed, America’s declaration to England that “You’re Not The Boss of Me Now.”

This is a a sentiment that many entrepreneurs can relate to, which, and according to “The Language Log“, was first mentioned in writing in 1883:

But what to make of where we are today.

In a musty coffee shop in the suburbs of Portland, Ore., a dozen people occupying scruffy couches peer into laptop computers, their screens casting a blue glow across pasty faces. They scroll through online job listings, availing themselves of free Wi-Fi, as they pass another drizzly afternoon in the temporary office of the age.

You run across this scene in town after town these days, from doughnut shops tucked into strip malls in Charlotte to vegan  cafes in Austin. It has become commonplace, along with possessions piled curbside in front of foreclosed homes. […]

And yet the same scene suggests the endurance of a psychic strength that Americans like to claim for ourselves, at least in the mythologized version of our history: Hard times create a collective response. The worst economic downturn since the Depression, its depth underscored by weak job numbers released Friday, has turned coffee shops into grassroots unemployment offices. People exchange tips on who is hiring and where to post resumes. They watch one another’s belongings. They share limited electrical outlets, rationing resources in the sort of mutually beneficial fashion that typically eludes elected representatives in Washington.”
Peter Goodman in “The Great Rupture” (bold added)

My sense is that we will all have a chance to find out what we are made of in the next year or two (kind of like that Chinese curse “may you live in interesting times”). Entrepreneurial thinking will certainly play a large role in creating new opportunities and new employment.  But so will a commitment to community.

“There is no such thing as a self-made man. You will reach your goals only with the help of others.”
George Shinn 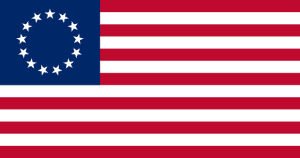 Because we will need all the help we can get.

God Bless America,
Land that I love.
Stand beside her, and guide her
Through the night with a light from above.
From the mountains, to the prairies,
To the oceans, white with foam
God bless America, My home sweet home.

Have a happy Fourth of July!