Howard Marks wrote “Dare to be Great” in 2006 as a summary of challenges for successful investment: you have to be unconventional but correct. This advice applies to startups as well.

Howard Marks: “Dare To Be Great”

Of course there can’t be a roadmap to investment success. First, the collective actions of those following the map would alter the landscape, rendering it ineffective. And second, everyone following it would achieve the same results, and people would still look longingly at the top quartile…the route to which would have to be found through other means. 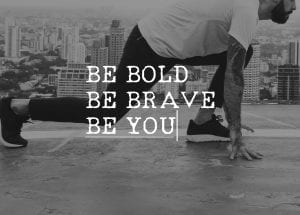 You cannot follow the herd to get above average results. Larry Ellison, reflecting in 2001 on his own experience, observed: “when you go out into the real world, it’s when you find errors in conventional wisdom–when everyone says A is true, and A is not true–that you gain your competitive advantage. Only a few times do you have to find errors in conventional wisdom to make a living.”

Peter Thiel frames this same challenge in “Zero to One” as, “what important truth do very few people agree with you on?” and devotes Chapter 8 to “Secrets.” which opens with the following paragraph:

“Every one of today’s most famous and familiar ideas was once unknown and unsuspected. The mathematical relationship between a triangle’s sides, for example, was secret for millennia. Pythagoras had to think hard to discover it. Today, his geometry has become a convention–a simple truth we teach to grade schoolers. A conventional truth can be important–it’s essential to learn elementary mathematics, for example–but it won’t give you an edge. It’s not a secret.”
Peter Thiel in “Zero to One“

Unconventionality is required for superior investment results: you can’t do the same things others do and expect to outperform. Unconventionality shouldn’t be a goal in itself, but rather a way of thinking. In order to distinguish yourself from others, it helps to have ideas that are different and to process those ideas differently. I conceptualize the situation as a simple 2-by-2 matrix:

I think a willingness to buck conventional wisdom is key to succeeding as an entrepreneur, it’s for this reason that so many are “Misfits, Mavericks, Dropouts, and Iconoclasts.”

Be a Pioneer: In my experience, many of the most successful investments have entailed being early. While there’s no surefire route to investment success, I do believe one of the easiest ways to make money is by buying things whose merits others haven’t yet discovered.  When everyone’s eager to buy the same thing, it’s probably overpriced. And when no one is willing to buy something, it’s equally likely to be underpriced.

To be early requires you to place a small bet before you have certainty of success. If you keep it small you can make many such bets and create a portfolio of potential options. If you want until something is certain it’s likely another startup will have taken a risk and started moving down the learning curve by working with early adopters to improve it before you have even tried to actively engage prospects. To be early obliges you to admit you are wrong more often than not and to have the patience and gumption to persevere–nothing new ever works first time and truly new products baffle most prospects because they are harder to understand.

I think the key to successful committee efforts lies in “sparks.” There should be intellectual friction capable of generating heat and light: spirited discussion leading to unique insight. Professor Irving Janis urges the leader to create an atmosphere that fosters “intellectual suspicion amidst personal trust.”

Barton Biggs suggests praising those who disagree with the trend; designating devil’s advocates; and holding second-chance meetings where members can take another, skeptical look at decisions the group has made. He says, “harmonious, happy meetings may be a warning of groupthink and complacency, whereas agitation, passionate arguments and some stress are good signs.” While these latter things are no guarantee of correct, unconventional decisions, such decisions may prove elusive without them.

The risk of a premature consensus, perhaps triggered by a “go along, get along” culture, is that options are not explored and a full set of possible approaches–and potential defects with the current plan of action–are not considered.  Two techniques that are very useful are premortems, where a failure is assumed and the team brainstorms the most likely reasons why, and “decision records” where each member records predictions of likely outcomes and their reasons why to minimize the risk of cognitive dissonance where your memories are adjusted based on the outcome that actually ensues. Often the hardest perspectives to incorporate are not those of team members present but prospects and customers who are absent, which argues for sustained structured engagement with them.

Photo Credit:“Be Bold Be Brave Be You” By Rawpixel