The 1517 fund is led by Danielle Strachman and supports technology companies led by young founders. They recently published “New 95 Theses” that I found thought provoking. Here are my favorite 13 with some additional observations.

Many of the theses relate to education:  primary, secondary, and college. They decry a monoculture that eliminates dissent and discourages the creative thinking that leads to innovation.

“Over the years, I have watched a growing intolerance at universities in this country – not intolerance along racial or ethnic or gender lines – there, we have made laudable progress. Rather, a kind of intellectual intolerance, a political one-sidedness, that is the antithesis of what universities should stand for. It manifests itself in many ways: in the intellectual monocultures that have taken over certain disciplines; in the demands to disinvite speakers and outlaw groups whose views we find offensive; in constant calls for the university itself to take political stands. We decry certain news outlets as echo chambers, while we fail to notice the echo chamber we’ve built around ourselves.

This results in a kind of intellectual blindness that will, in the long run, be more damaging to universities than cuts in federal funding or ill-conceived constraints on immigration. It will be more damaging because we won’t even see it: We will write off those with opposing views as evil or ignorant or stupid, rather than as interlocutors worthy of consideration. We succumb to the all-purpose ad hominem because it is easier and more comforting than rational argument. But when we do, we abandon what is great about this institution we serve.”
John Etchemendy (Stanford Univ. Provost) “The Threat From Within” (Feb-2017)

Peter Drucker in 1997: Within 30 years the Big University Campuses Will be Relics.

“Thirty years from now the big university campuses will be relics. Universities won’t survive. It’s as large a change as when we first got the printed book.”

“The cost of higher education has risen as fast as the cost of health care: for the middle-class family, college education for their children is as much of a necessity as is medical care—without it the kids have no future.

“Such totally uncontrollable expenditures, without any visible improvement in either the content or the quality of education, means that the system is rapidly becoming untenable. Higher education is in deep crisis.”

“Crisis means that things will get either much better or much worse, certainly much different.”

“Already we are beginning to deliver more lectures and classes off campus via satellite or two-way video at a fraction of the cost. The college won’t survive as a residential institution. Today’s buildings are hopelessly unsuited and totally unneeded.”

SKMurphy Take: My Favorite Thirteen of the “New 95 Theses”

9. We have to have the freedom to be the only person who believes something.

Discoveries and inventions are typically inspired by idea, insight, or belief in one person’s head.

10. There can be no safety without dangerous ideas.

Danielle Strachman elaborates on this in “Kierkegaard on the Psychology of a Risk Averse Society”  (Bold added).

“The health of the whole depends on the ability of the parts to adapt and withstand stress. There can be no safety without dangerous ideas. Censoring speech atrophies the mind, for without dissent, groups polarize to even more extremes, limiting their ability to home in on the truth. The psychologist Jonathan Haidt wrote an excellent piece on how measures like trigger warnings are backfiring on campuses, making mental health worse and students even more thin-skinned. Like zoo animals who are released into the wild and find it difficult to cope, coddled university students are ill prepared for anything requiring a commitment to truth.”
Danielle Strachman in “Kierkegaard on the Psychology of a Risk Averse Society“

You need a variety of perspectives and a willingness to leave your comfort zone and appreciate other points of view.

11.What is respectable is unoriginal.

It’s proven but may not be innovative. Most ideas that are not respectable are not viable but every innovation starts out as “probably a bad idea.”

12. The risk of being wrong is the price of being right.

If you are only memorizing facts and not forming testable hypotheses you cannot create new knowledge. You can curate and find connections others may have overlooked but you really cannot synthesize or design unless you are willing to be wrong. Since 1517 is focused on finding and funding “makers, hackers, and scientists” they want to stress an educational system that supports experimentation, design thinking, and the scientific method.

13. The most exciting things work in practice but not theory.

Working in practice always precedes the theory that makes sense of the new discovery or invention. Theory is useful for organizing and curating insights but trial and error, tinkering, and experimentation is what creates new knowledge.

“Never let schooling interfere with your education. Let us define schooling as the set of processes used to instruct at a physical location where young people are confined and controlled for some interminable stretch of time. And let us say that education is something far richer and more important: knowledge, play, truth, discovery, sharing.”

I like this definition of education: knowledge, play, truth, discovery, sharing. Certainly, research looks like play discovery and sharing and offers knowledge and truth as the reward for diligent effort.

30. A school will defend itself against the true education it hates.

To the extent that both public K12 education and universities have been taken over by bureaucracies they are less about education and more about preserving the status quo.

31. That education is best which teaches us to educate ourselves.

Here I think K-5 is the biggest culprit, high school and college simply layer more constrictions on most students, limiting their willingness to tinker, explore, create, and educate themselves. This thesis reminded me of a great book by Gordon Mackenzie: “Orbiting the Giant Hairball.” He also talks in practical terms about fostering creativity and learning, but his focus is on the workplace. Mackenzie makes the point early on that if you go to a class of first graders and ask how many are artists, everyone jumps to their feet.  By the sixth grade only one or two in a class of thirty will even raise their hand. He observed “every school I visited was participating in the suppression of creative genius.”

32. The foundation for any real education is not only to take responsibility for who we are but also for who we might become.

As the world becomes more dynamic and the half-life of information continues to shrink it’s vital that education equips everyone to not only continue to learn along the same vectors they explored in college but to re-invent themselves and explore in new directions as old careers are obsoleted and fundamentally new opportunities present themselves.

66. Freeman Dyson: I think the Ph.D. system is an abomination.

“I think the Ph.D. system is an abomination. It was invented as a system for educating German professors in the 19th century, and it works well under those conditions. It’s good for a very small number of people who are going to spend their lives being professors. But it has become now a kind of union card that you have to have in order to have a job, whether it’s being a professor or other things, and it’s quite inappropriate for that. It forces people to waste years and years of their lives sort of pretending to do research for which they’re not at all well-suited. In the end, they have this piece of paper which says they’re qualified, but it really doesn’t mean anything. The Ph.D. takes far too long and discourages women from becoming scientists, which I consider a great tragedy. So I have opposed it all my life without any success at all.” Freeman Dyson

Dyson echoes Drucker’s attacks on University as obsolete from “Seeing Things as They Are,” adding some additional arguments that I also find compelling. We find many PhD’s (and other A students for that matter) to have been so warped by the need to please their professors that they are unable to take a contrarian stand: to not only think differently but make a differentiated offer that initially violates common sense and generally accepted wisdom. It’s really unfortunate.

77. Where one went to college should not be the most interesting thing about a 22-year-old.

We are unfinished in so many ways at 22 it would be better to look at a college degree not as a plateau of accomplishment but a point of departure for your continuing education. I think a college degree is treated as the equivalent of a royal title; it requires more effort than an accident of birth but too much credence is placed in it as a credential.

“The future is present but invisible. We have to pull it from a place unseen, where no one is looking, through the door no one has tried with the key we have long forgotten. Our future was lost in our past. We can find it.”
Danielle Strachman in  1517 Assembly “New 95 Theses”

93. The Future of Education

The future of education will be
(i) asynchronous & synchronous, here & there,
(ii) decentralized, the best content from wherever,
(iii) customized–Aristotle for an army of Alexanders,
(iv) with attention to measuring improvements at the edge of competence
(v) accessible to all for cheap, and
(vi) global.

“1517 fund supports teams with grant, pre-seed, and seed funding for technology startups. Our focus is on makers, hackers, and scientists interested in working outside tracked institutions because we believe that the path geared towards higher education is not for all. We motivate people to work on what they’re passionate about, to learn by doing, and to create new technologies.”
From 1517 fund home page

“Danielle Strachman: 1517 is a venture capital fund cofounded by myself and Michael Gibson. We’re a scrappy team of two that is excited to expand on our work with high school and college aged founders. We support teams with pre-seed (in the tens of thousands) and seed funding (up to $500K), and help hackers and makers get started on projects with a no-strings $1K grant and our support. We want to motivate people to work on what they’re passionate about, to have a great hands-on learning experience, and in the best case scenario, perhaps to form a team and launch a company. 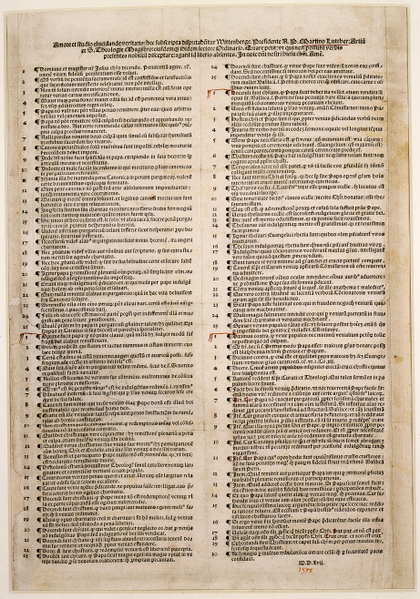 About our name and ethos: On October 31, 1517, Martin Luther nailed his Ninety-Five Theses to a church door in Wittenberg to protest the sale of indulgences. These were pieces of paper the establishment church sold at great cost, telling people it would save their souls. The church made a fortune doing it. Likewise, universities today are selling a piece of paper at great cost and telling people that buying it is the only way they can save their souls. Universities call it a diploma, and they’re making a fortune doing it. Call us heretical if you like, but the 1517 Fund is dedicated to dispelling that paper illusion. Extraordinary careers are possible outside tracked institutions.

1517 marks a turning point in history where great social transformations were wrought by technology. Though Gutenberg’s revolution had been in action for more than fifty years, the mass adoption and diffusion of the printing press meant Luther’s message could influence all of Europe, and not only the people of a small town in Germany. Authority on questions of great importance no longer had to come from priests or royalty. It could come from books, and even more dangerously for the establishment, from an individual’s own judgment. Many current technological and social trends point to our future rhyming with this past. We intend to make it so.”

Quora: What is Danielle Strachman’s new startup 1517 all about?”