Some personal reflections on my father and a stroke he suffered in June 1994 when I was launching a new company and expecting my first son in a few weeks. 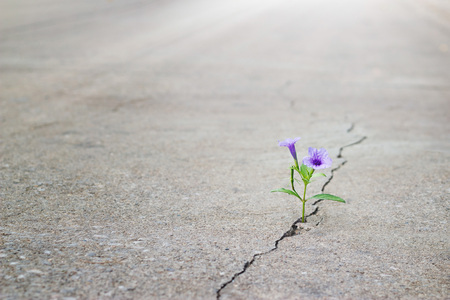 In 1994 I started a company with Jeff Leader called Leader-Murphy, Inc. We had this crazy idea that a technology platform called the “World Wide Web” was going to be adopted by businesses for customer support and marketing. We had a contract with the Design Automation Conference to do a website for the conference and I had two Sun Sparc machines in my living room because that was our staging site.  My was was eight months pregnant and I had just gotten my slides back (real 35mm slides at that time) for a talk I was scheduled to give called “Partnering with EDA Vendors: Tips, Techniques, and the Role of Standards.”

If that was not enough to keep my mind occupied my father had gone in for an angiogram earlier that morning and I spoke to him in the afternoon: things had gone OK but he was having a reaction to the ionic contrast dye they had injected to help visualize his arteries.

At about 10pm I got a call from Dr. Wolfe, my father’s cardiologist, who advised me that I should come home and “help your family put it’s affairs in order, your father has had a serious stroke.” The calm and matter of fact way he said it made it all the more chilling. If you have ever been in an elevator that has dropped a few feet you may know the feeling. After I hung up the phone I felt more like I had when a canoe I was in on float trip flipped over and I found myself clawing the mud and pebbles at the bottom of the river puzzled why the surface of the water had become solid.

I called my business partner and let him know that I would probably not be at DAC the following week, booked an airplane out the next morning, and reached out to Jeff Allison to ask him to give my talk. My wife was not able to fly due to her advanced pregnancy so I flew out alone and early in the afternoon of the next day my brother picked me up at the St. Louis airport and an hour later we watched my father doing an impressive impersonation of a newborn infant. It was disturbing to think I might never talk to him again.

Dr Wolfe briefed us on his current statue: the resident who read the MRI the night before had mis-assessed the severity of his stroke and they no longer expected him to die in the next few days but they were not sure what kind of recovery he would make.  We spoke to Dr. Z, his neurologist, who advised us that in a decade or two they were going to be able to wonderful things for stroke victims but at this point I should abandon any hope of a meaningful recovery.  I talked to Dr. Wolfe and asked what the procedure was for getting a new neurologist assigned and he advised me not to worry, that Dr. Z was going on vacation and he would make sure a better doctor was assigned.

My brother and mother and I huddled in a room at the hospital, brainstorming options for a long term care facility and what the best way forward given a range of likely outcomes. My brother drove my mother and I home, stopping for a late lunch on the way. After we dropped my mother and we decided to go back to the hospital. My father was sitting up alert and awake. He had some speech issues and some trouble with his right arm and hand but he was lucid. He told me that two of my high school friends had come by and prayed with him (one of my friends was now a monk) and I thought to myself, great now he is hallucinating. But when I called my friend the next day he confirmed that they had stopped by for a visit.

I spent the next week visiting my father in the hospital ever day. His new neurologist, Dr. W, would stop by every day and perform various neurological tests to gauge his progress, which was steady. The only wrinkle was that he had performed Doppler ultrasound to measure the level of blockage in his carotid arteries and one was 99% occluded and the other 80% so at some point they would need to perform a carotid endarterectomy to relieve the level of blockage.

A few days after the stroke my brother brought his wife and daughter by:  my niece was spooked by the fact that he had an IV in each arm and a feeding tube up his nose because they were not sure he could swallow safely. He looked a little like a radiator. But she became accustomed to it in a few minutes, as we all had, and we started to loosen up and laugh. And then my father fell silent for a minute and his eyes teared up. I asked him what was wrong and he said, “It just hit me what almost happened.”

Over the next few days they took the feeding tube out, then one of the IV’s, then the other one. He had regained most of the use of his arm and hand and would spend hours handwriting and practicing his signature. He was discharged and went home and I flew to San Diego to catch the last day of the conference and see how the presentation and website had worked out.

My father spent time with a physical therapist and worked very diligently to regain the full use of his right hand. He underwent a successful carotid endotarectomy a few weeks later and for the next year or two would sometimes use the “almost right” word in a sentence, but that faded as well and he ultimately made a complete recovery and lived another 13 years.