My September 2019 collection of quotes for entrepreneurs has a focus on courage and performance under pressure, two things we all need from time to time.

Quotes for Entrepreneurs Collected in September 2019 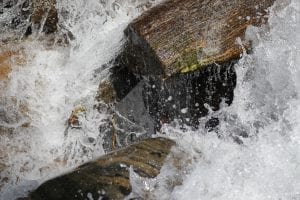 My focus this months is on courage and performance under pressure, two things we all need from time to time.

“Learn to say no. It will be of more use to you than to be able to read Latin.”
Charles Spurgeon

I was misled by Benedictine monks in high school on this one.

“Everything is fascinating when you should be working.”
Ben Elton in “This Other Eden“

Except, of course, for what you should be working on. I have gotten this pretty much under control. In the past year, it hasn’t slowed me down more than four or five hours a day. Hyper focus on novelty is a marker for ADD. I have been working on a blog post about collaborating with folks who suffer form Attention Surplus Disorder but I keep getting distracted.

You need to prove not only that your idea has merit, but that you can execute on the idea beyond just thinking of it. Until you have proven both of those things to some degree, there is no place to find this person. This is not to say you should give up. It is to say, “get to work.”

Tristan Kromer answering “I have an awesome app/website idea which may get more than a billion users. But I don’t have required money and coding skills. I tried crowd-funding but didn’t help. What should I do?“

“People are like stained-glass windows. They sparkle and shine when the sun is out, but when the darkness sets in, their true beauty is revealed only if there is a light from within.”
Elisabeth Kubler-Ross

Many folks are strong with the wind at the back, it’s those who are able to be both steadfast and creative problem solvers when events have gone sideways I value. Horatius at the bridge

I used both of these as interstitial quotes in “On That Day: 9-11 Eighteen Years On.”

“As a rule, if not as a law, the course of evolution has been to reduce the number of parts and to adapt those which remain more closely with their special uses, either by increase in size or by modifications of their shape and structure.”
Samuel Wendell Williston in “Water Reptiles of Past and Present” (page 20)

“Tact is the knack of making a point without making an enemy.”
Isaac Asimov

One question I try to ask myself in an argument is, “what data would change my mind?” I can then offer what would sway me  before asking others the same question. Another good general-purpose question that helps frame both–or all–sides of a disagreement: “What is the problem you are trying to solve?” Again start with your answer first to encourage candor.

“Politeness and consideration for others is like investing pennies and getting dollars back.”
Thomas Sowell

“Bureaucracies require doctrine, techniques, and procedures. These are essential to efficient operation and management in large organizations. At the same time, trying to reduce every decision to a prescribed formula or an iron law can lead to focusing on the familiar, all but ensuring surprise–and if not, certainly contributing to an ineffective response once surprises occur.”
Donald Rumsfeld in “Rumsfeld’s Rules“

“Law of Raspberry Jam: The more you spread it, the thinner it gets.”
Gerald Weinberg in “Secrets of Consulting“

I am a huge fan of Jerry Weinberg since I read his “Psychology of Computer Programming” in college. I found his “Secrets of Consulting” very insightful. I was able to interview him in 2016, see Jerry Weinberg interview

“Be wary of advice around new product development. 99% of people’s experience in tech:

“We are like flies crawling across the ceiling of the Sistine Chapel: We cannot see what angels and gods lie underneath the threshold of our perceptions. We do not live in reality; we live in our paradigms, our habituated perceptions, our illusions; the illusions we share through culture we call reality, but the true historical reality of our condition is invisible to us.”
William Irvin Thompson in “Evil and the World Order” (1976)

I used this as the closing quote for “On That Day: 9-11 Eighteen Years On.” It’s useful from time to time to picnic in the graveyard and study the ancestors of your current efforts to time.

“The thistle and the maple leaf are the emblems of the free.”
Spirit of the West “The Old Sod”

Feeling my Scottish heritage today for some reason. No alcohol was involved.

“I have seen flowers come in stony places
And kind things done by men with ugly faces
And the gold cup won by the worst horse at the races,
So I trust too.”
John Masefield in “An Epilogue”

“…the race is not to the swift, nor the battle to the strong, neither yet bread to the wise, nor yet riches to men of understanding, nor yet favor to men of skill; but time and chance happens to them all.”

“Mathematicians think in proofs,
lawyers in constructs,
logicians in operators,
dancers in movement,
artists in impressions,
and idiots in labels.”
Nassim Nicholas Taleb

“We only appear to be rooted in time. Everywhere, if you listen closely, the spitting fuse of the future is crackling. ”
Carol Shields

“Strategy is a system of expedients. It is more than a discipline; it is the transfer of knowledge to practical life, the continued development of the original leading thought in accordance with the constantly changing circumstances. It is the art of acting under the pressure of the most difficult conditions.”
Helmuth von Moltke (The Elder) “On Strategy” (1871)

Translation from “Moltke on the Art of War: Selected Writings” (1993) by Daniel J. Hughes and Harry Bell

“My mom says I’m destined to be the sort of man who uses big words but pronounces them incorrectly.”
Karen Russell in “Z. Z.’s Sleep-Away Camp for Disordered Dreamers”

I think this indicates a large vocabulary from reading and is to be encouraged.

Applies at so many levels: self-management, team management, function management, and business management to name but a few. “Bad management” can involve a lack of care, a lack of attention to detail, an excessive desire for control, an inability to delegate, micromanagement, a lack of empathy, poor stewardship, selfishness, to list some of the most common shortcomings.

“It’s all fun and games until someone gets paid.”
Aaron Haspel in “Everything”

Entrepreneurs postpone putting a price on their product or service as a way of avoiding the painful realities of starting a business. If customers won’t pay it doesn’t matter how enthusiastic they are. If you are not addressing a critical need you won’t be able to bootstrap. Asking for money in exchange for your product or service is the acid test.

“I know not anything more pleasant, or more instructive, than to compare experience with expectation, or to register from time to time the difference between idea and reality. It is by this kind of observation that we grow daily less liable to be disappointed.”
Samuel Johnson (1709-1784) in Letter, 27 June 1758

“What is the use of running when we are not on the right road?”
Proverb

from “The Salt-Cellars: Being a Collection of Proverbs, Together with Homely Notes Theron, 1889
Edited by Charles Haddon Spurgeon

“I did not cry when I was 36 weeks pregnant, trying to find a heartbeat on my patient’s gravid abdomen and failing. The gallop of the fetal heartbeat is one of the most soothing noises I have ever heard; I suspect I find it as relaxing as some find the sound of waves cresting on a beach. In this case, all I heard was a profound silence. I felt my fetus kick and move and delivered the news to my patient that her baby would never move again, but still, I did not cry. She broke into a keening sob, the sound of which I will never forget.

My eyes dry, I wondered, when was the last time I had truly connected with a patient, empathized with her sorrow, and allowed myself to feel a sliver of her pain?”

“Honor can be a troublesome thing, but if one has it one does not lightly yield it.”
Louis L’Amour in “The Walking Drum“

In context L’Amour is referring to integrity and self-respect, not glory. I blogged about L’Amour’s autobiography in “Education of a Wandering Man by Louis L’Amour.”

“She will learn that if a man runs off the edge of a cliff he will not fall until he notices his mistake.”
Nick Flynn in “Cartoon Physics“

If only this were so, we would not ever need to use phrases like “he didn’t now what hit him” or “he never saw it coming.” For entrepreneurs this can take the form of avoiding any cash flow planning for fear of ‘looking down.” All to often this leads to the following retrospective conversation:

“How did you go bankrupt?” Bill asked.
“Two ways,” Mike said. “Gradually and then suddenly.”
Ernest Hemingway in “The Sun Also Rises“

“Real events don’t have endings,
only the stories about them do.”
James Galvin

Q: Do people pay more than something is worth to them?
The answer is obviously yes for a variety of reasons, including:

The problem is that it is easy to fool ourselves as entrepreneurs that people are satisfied and got the value they expected because they have paid. Re-orders are better a indicator, and a post-sale conversation is always a good idea as well.

“Intentions have side effects.”
William Stafford

Intention springs from mindset (“The established set of attitudes held by someone”), which is active in the Orientation phase of the OODA loop. Because you can never do just one thing, any intention has multiple effects, some potentially unintended.

“The greatest force in the human body is the natural drive of the body to heal itself-but that force is not independent of the belief system, which can translate expectations into psychological change. Nothing is more wondrous about the fifteen billion neurons in the human brain than their ability to convert thoughts, hopes, ideas, and attitudes into chemical substances. Everything begins, therefore, with belief.”
Norman Cousins

“A decision is a responsible one when the man or group that makes it has to answer for it to those who are directly or indirectly affected by it.”
Admiral Hyman Rickover in testimony on Naval Nuclear Propulsion Programs (Wed-May-13-1970)

Image Credit “Mountain Rapids” by miq1969  licensed from 123RF (Image ID : 78311254). I thought navigating rapids was an apt metaphor for courage required to  lead a startup. It reminded me of a line from by Goethe’s “Torquato Tasso”

“Talent is formed in stillness, character in the world’s torrent.”
Goethe

1 thought on “Quotes for Entrepreneurs Collected in September 2019”