These quotes for entrepreneurs were collected in April of 2020. The theme for this month is “reaching back for something extra.”

Quotes for Entrepreneurs Collected in April 2020

This month’s collection of quotes for entrepreneurs address reaching back for something extra.

“The extra mile is a vast, unpopulated wasteland.”
Jeff Haden

“Who did wrong and what could have been done better,
is only going to come in the way of what can be done now”

“The errors and misfortunes of others should be a school for our own instruction.”
Thomas Jefferson

“People only really learn when they’re surprised. If they’re not surprised, then what you told them just fits in with what they already know. No minds were changed. No new perspective. Just more information”
Derek Sivers in “Cut out everything that’ not surprising“

This is Sivers advice for crafting a compelling talk or article. I inverted this in Customer Interviews: Allow Yourself to Be Surprised suggesting “A surprise means that you are learning. Or at least that you have an opportunity to learn if you embrace it.”

“If they were selling nuclear suitcases at Chinese wet markets would we be so non-judgemental. And isn’t this pretty close to what they are selling? China needs to close these down like the whole world depends on it. Because it does.”
Bill Maher

“Well, grow the fuck up, because it’s game on. Do you understand?”
A tender mother daughter moment in “Game Day” episode of Ozark season 2

“Most of us can read the writing on the wall; we just assume it’s addressed to someone else.”
Ivern Ball

“Lostness is a function of your assumptions about where you belong.”
William Stafford

“The bet that the United States could be partners with China was catastrophically wrong, an error that makes the intelligence failures on Iraq, 9/11, Vietnam, Pearl Harbor, and God knows what else look like small potatoes.”

The most significant outcome of the 2020 pandemic is the premature end of the  twenty-first century as the “Chinese Century” in the collective commitment of free nations to eliminate any possibility of hegemony by China. More context from Geraghty’s article:

“For the last thirty years, the vast majority of powerful institutions in the United States placed a gargantuan bet on the idea that the government in Beijing could be a reliable partner in prosperity and would be a responsible actor on the world stage. Many leading politicians in both parties chose to believe this, many foreign-policy wonks chose to believe this, many academics and university administrators chose to believe this, and obviously, corporate America loved the idea of both using Chinese labor for imported goods and receiving access to the Chinese market.
[…]
The problem was, the Chinese government was never the stabilizing, reasonable force for order that these Americans wanted to believe it was. We saw the regime’s true nature over three decades of brutal human-rights abuses and censorship and shameless lies to cover that brutality.
[..]
The bet that the United States could be partners with China was catastrophically wrong, an error that makes the intelligence failures on Iraq, 9/11, Vietnam, Pearl Harbor, and God knows what else look like small potatoes.”

“The errors and misfortunes of others should be a school for our own instruction.”
Thomas Jefferson

We’re overestimating how EdTech / Remote Work / Consumer Tech will change over time because we’re blinded by the lockdown.

“What I miss most about my childhood are all the things I didn’t know.”
Ashleigh Brilliant

“I have skin in the game, you have sunk cost fallacy, he has Stockholm syndrome.”
Sean Murphy

An attempt at humor: different ways of measuring commitment to status quo.

“What you prepare for, what you hope for, and what you expect are often three different things.”
John D. Cook (@JohnDCook)

Here are three related quotes around preparations, hope, and expectations:

“Luck is being ready.”
Brian Eno

“Expect the best.
Prepare for the worst.
Capitalize on what comes.”
Zig Ziglar

“Hope for the best,
prepare for the worst,
and take what God sends.”
Mary M. Bell in “Seven to seventeen; or, Veronica Gordon” (1873)

“If I had a formula for bypassing trouble, I would not pass it round. Trouble creates a capacity to handle it. I don’t embrace trouble; that’s as bad as treating it as an enemy. But I do say meet it as a friend, for you’ll see a lot of it and had better be on speaking terms with it.”
Oliver Wendell Holmes, Jr. (Attributed)

“We are now confronted with the necessity of remedying the remedies.”
Edgar Watson Howe “Ventures in Common Sense” (1919)

“The cost of politicizing the disease is it locks people into positions. In fact dealing with an epidemic is an exercise in adaptation.”
Richard Fernandez (@wretchardthecat)

“The Americans will do what we always do. We will procrastinate and then figure it out.”
Bradley Hope (@Brad_Hope)

“When we see ourselves in a situation which must be endured and gone through, it is best to make up our minds to it, meet it with firmness, and accommodate every thing to it in the best way practicable.”
Thomas Jefferson

h/t Dr. Joseph A. Ladapo in “Coronavirus pandemic: We were caught unprepared. It is too late for shutdowns to save us”

“Every day is an exercise in building a rostrum of optimism in a nation of termites.”
James Lileks (@Lileks) in Apr-20-2020 blog post

“Originality is unexplored territory. You get there by carrying a canoe–you can’t take a taxi.”
Alan Alda

“Curiosity will conquer fear even more than bravery will.”
James Stephens 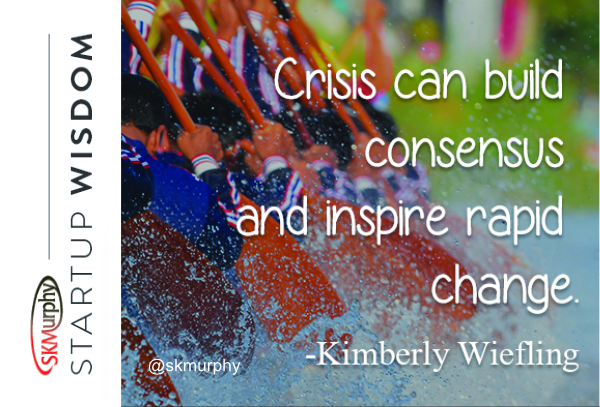 “Q: What is one “mindset shift” you find helpful?
For example, switching from “I have to” to “I get to.”
Instead of thinking “I have to exercise today,” try thinking, “I get to exercise today.”
This little shift frames tasks as opportunities instead of obligations.
What else?”
James Clear

“One of my perpetual mistakes is believing that insight must be dramatic.
Not so. In fact, the most mundane and obvious advice is perhaps worth the most consideration. There are reasons things won’t go away.”
Frank Chimero in Massimo and Me

“Waiting is worse than knowing. Grief rends the heart cleanly, that it may begin to heal; waiting shreds the spirit.”
Morgan Llywelyn in “The Wind from Hastings“

“There are sounds we cannot hear. At either end of the scale are notes that stir no chord of that imperfect instrument, the human ear. They are too high or too grave. […]

As with sounds, so with colors. At each end of the solar spectrum the chemist can detect the presence of what are known as ‘actinic’ rays. They represent colors–integral colors in the composition of light–which we are unable to discern. The human eye is an imperfect instrument; its range is but a few octaves of the real ‘chromatic scale.’ I am not mad; there are colors that we cannot see”

You need to instrument for events or outcomes that you would otherwise either fail to notice or be unable to detect.

“Always try to be a little kinder than necessary.”
James M. Barrie

“Adapting von Moltke‘s observation that ‘No battle plan ever survives contact with the enemy’ for a startup you might say that no startup’s product or operating plan survives contact with the market, either in the form of customers or competition. But prior preparation enables quick response and will likely allow you to avoid unnecessary expense and some mistakes.”
Sean Murphy in “Planning in a Bootstrapped Startup: A Model from Will Kamishlian” (2007)

“Planning for failure is a crucial part of success.”
James Clear (@JamesClear)

This is necessary but not sufficient. You not only have to anticipate potential failures, you have to act to prevent or mitigate them. Warren Buffet: “I violated the Noah rule: Predicting rain doesn’t count; building arks does.” I blogged about this in “Risk Mitigation: If You Predict Rain Build an Ark.”

“You cannot get people this smart to work this hard just for money.”
Bono in “The Shape of Things to Come, New Yorker, February 23, 2015“