A review of two short essays by Sridhar Vembu that explore the meaning of capital as the capability of a group or population to meet its own diverse economic needs.

Sridhar Vembu: Capital is the capability of a group to meet its diverse needs

This quote is transcribed from a Mar 21-202 photo tweeted by Sridhar Vembu (@svembu) that opens: “I respectfully sent this email to @ForbesTech to let them know my perspective on “‘net worth’, which they are compiling the list for this year and they contacted us to value Zoho.” 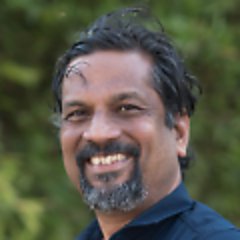 “This whole obsession with net worth is a very reductive and materialist way to look at capital.

We view economic capital: it is the capability of a group of people (an organization) to meet its own diverse economic needs.

Everything about the organization, its skills and capabilities, its cultural roots, its relationships to its customers, its resilience–all of them play a part in defining capital.

Capital defined this way is an intrinsic attribute of an organization, and it is not measurable.

What we tend to do is reduce capital to its monetary valuation, and that process itself does injury, because the monetary then gets confused with capital itself. We then compare those monetary value and creates a pecking order.

As a philosophical matter, I reject that approach. The present crisis of capitalism (far deeper than a virus) traces its origin to this substitution of capital with its monetary value, which has led to the financialization of the economy.

All that may sound like hot air, but why are all those hedge fund billionaires in New York City not able to do anything to their city at this hour when it needs most help? Whatever happened to all their collective net worth?

Their tens of billions cannot translate to ventilators or masks or PPE, not in the time frame those are desperately needed. The fact that some of those financiers have played a role in persuading companies to become more “capital efficient” or “leverage their balance sheets better” or “use balance sheet capacity well” or “go asset light” has led directly to the lack of resilience in the system that has been exposed by this crisis.

So I would humbly request that we be kept out of the “net worth sweepstakes” because it truly does not reflect our priorities for this company or how we conduct our own lives. We all live pretty ordinary Indian middle class lives–I am writing this from rural Southern India, which is quite hot and humid, and my home here does not have AC and since I grew up this way, I am perfectly comfortable and I enjoy life here! The net worth truly is a useless abstraction!”

This public reply was drafted in response to a request by Forbes for an update to their 2019 net worth estimate for him of 1.83 billion dollars. Vembu bootstrapped Zoho from his kitchen table starting in 1996 (it was initially called AdventNet). He brings a bootstrapper’s perspective of working capital as intrinsic to an organization, “its skills and capabilities, its cultural roots, its relationships to its customers, its resilience–all of them play a part in defining capital.” At SKMurphy, we believe there are three critical elements of working capital: intellectual capital or know-how, social capital or trust and relationships, and financial capital. We include savings, cash flow, and the ability to operate frugally in the calculation of financial capital. Intellectual and social capital are harder to quantify.

He highlights a critical risk of short term financial thinking that sacrifices resilience and robust for capital efficiency. As every successful bootstrapper quickly learns, long term survival is more important than high profits. Vembu observes that an an excessive focus on leveraging the balance for higher profitability “has led directly to the lack of resilience in the system that has been exposed by this crisis.”

The Mar 21 tweet builds on a Mar 18 sequence of 8 tweets converted into an essay on “What is Capital?”

Time for a fundamental reexamination of basic ideas.

What is capital? We have confused it with “money” or “credit” and that confusion gave us the central banking bubble.

My definition: Capital is the capability of a population to meet its own diverse economic needs.

Capital in that sense includes cultural, social practices that enable cooperation in a people and also includes skills, know-how and formal knowledge.

Capital in my sense exists prior to market or the notion of trade itself. Without this capital, there is no trade.

When we have capital in that sense, we are able to meet our own diverse material needs. Trade arises when we exchange our surplus for some other groups’ surplus. Markets organize trade.

There can be no trade without surplus (witness the mask and ventilator shortage now).

Capital in my sense is an attribute of a population.

When we look at a larger aggregation of population (millions), we necessarily have to mostly meet the diverse material needs within and the “external” trade needed to satisfy those needs becomes a smaller part of the whole.

Trade and markets arise to exchange surplus. Market fundamentalism elevates the role of this exchange above the notion of capital as I defined it.

The market arises only after capital (capability) comes to exist. That was totally forgotten.

This is a fundamental error.

We are at the end of that era as central banks rapidly lose credibility and demonstrate their own lack of capital i.e. capability, driven by their false dogma.

We have to rebuild capital from foundation. That means building skills and know-how, dispersing knowledge widely.

We can bootstrap capital into existence. That has been my mission.

The primary ingredient is a motivated group of people willing to master the skills and work hard.

It is that time now.

Sridhar Vembu  Mar 18 sequence of 8 tweets converted into an essay on “What is Capital?”

Again he offers a bootstrapper’s perspective, in particular, “We can bootstrap capital into existence…The primary ingredient is a motivated group of people willing to master the skills and work hard.” I think this is in contrast to a venture capital–what he refers to as “central bank assisted.” His definition of capital includes “cultural, social practices that enable cooperation in a people.” We call this “social capital.” We include “skills, know-how and formal knowledge” in what we call intellectual capital. Most bootstrappers start with far more intellectual and social capital than financial capital, relying on a willingness  to work hard and develop products and services that people are willing to pay for.

I met Sridhar Vembu once 11 years ago

I met Sridhar Vembu once 11 years ago at a panel event chaired by Sramana Mitra: April-30-2009 MIT Club Panel on Art and Science of Bootstrapping. In his opening remarks he impressed me as very practical with a strong spiritual / service aspect to his approach to life:

Sridhar Vembu: I had a job for two years and I lived like a monk. Our plan was to put food on the table before the money I saved ran out.

I have no other affiliation with Vembu or Zoho but his talk was memorable enough that I marked him as someone to keep an eye on. Despite Zoho’s success he has kept a remarkably low profile for someone running a very successful SaaS company.

MITCNC-C3: 4/30/2009 – The Art and Science of Bootstrapping from Benjamin Joseph on Vimeo. It’s not a great recording but it offers real insights into bootstrapping a technology startup.