Some thoughts on heroes using Joe Rogan’s admonition to “Be the hero of your own movie. If your life was a movie and it started now, what would the hero do right now?” as a point of departure.

Joe Rogan: Be the Hero of Your Own Movie

Be the hero of your own movie.
If your life was a movie and it started now.
Forget about whatever financial disasters you’ve had, personal failures, relationship failures.

What would the hero of your life’s movie do right now?
Do that.
Do those things.

We define ourselves far too often by our past failures.
We look at our past, and we say, “Well, that’s me.”
That’s not you.

You are this person: right now, you’re the person who has learned from those failures,
and you can choose to be the hero of your own movie right now.

And go forth.
From here, as the hero of your own movie.

Build momentum.
Build confidence and momentum with each good decision that you make from here on out.

We live in unique times.

We live in one of the rarest times in human history
where you can choose almost all the input that comes your way,
whether it’s the movie that you watch, the books you read, the podcasts you listen to.

You can choose to be inspired: do that.

Do that and be the hero of your own movie.

Note: Text was transcribed from the video, with line breaks added to match pauses and emphases in the original.

James Bach: “Enough About Process: What We Need Are Heroes“

The hero steps up and solves the problems that lie between a need expressed and a need fulfilled.

The hero goes beyond the borders of the known world and returns with new knowledge or wealth.

The hero takes the initiative to solve an ambiguous problem.

The only basis for success of any kind is the heroic efforts of a dedicated team.

Heroic teams look at projects as problem-solving systems rather than a collection of tasks. They focus on roles and solutions, not tasks and products.

People accept roles more readily than tasks. They are motivated to create products when they see that the products solve problems.

(c) 1995 James Bach (excerpts from “Enough about process: what we need are heroes” in IEEE Software March 1995) 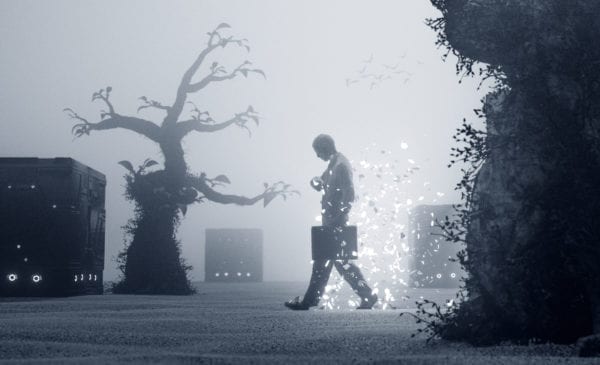 SKMurphy Take: We Need All the Heroes We Can Find

When you need all the heroes you can find a good place to start is in the mirror.

Two things came together last week that led to this Sunday Spirit post. My older boy sent me the 2014 video by Joe Rogan, which I found very inspiring, and I had a conversation with a client about a major new opportunity they were pursuing. The team is attempting something new and on a large scale. We will take a phased approach: building models and prototypes. We will also be careful in the commitments that we make to the customer. But there is considerable uncertainty and ambiguity in the problem the customer needs solved. The CTO wanted to devise a plan we could commit to and was frustrated by what he felt were “blind guesses in an area where we have no track record.”

I was reminded of Bach’s article, and his definition of a hero as someone who takes the initiative to solve an ambiguous problem, venturing beyond the borders of the known world to return with new knowledge or wealth. Given a choice, I prefer returning with both knowledge and wealth–even if initially it seems that even a safe return is doubtful–and that is our objective in this latest project. Exploration of the unknown always starts with folklore and fragmentary knowledge gathered at the fuzzy boundary of the uncertain, coupled with opinions and blind guesses about what lies beyond. These are the first iteration of exploratory efforts that converge on meaningful commitments made and delivered.

It can be tricky to define a “wild-assed guess” that is also prudent and responsible. It requires a certain amount of courage and a willingness to experiment and revise methods and models until they resolve into an approach that the team believes is viable. If entrepreneurs stick to only to the tried and true, if they don’t venture into the unknown, then it’s a brutal path to prosperity competing against larger, better funded, but more conservative incumbents.

Photo Credit: “Businessman walking in surreal desert” licensed from iStockPhoto ID 1062765058
I thought this captured the need to move into unfamiliar landscapes

1 thought on “Joe Rogan: Be the Hero of Your Own Movie”