There are categories of knowledge that are not written down, yet. They include observations that have not been curated but drive intuition-based decisions, first hand stories of events–successes and failures–that have not been filtered and sanitized but still offer insight and explanatory power. They are important because they are sources of competitive advantage.

Knowledge That Is Not Written Down, Yet

I blogged about “Information That’s Not Written Down” :

There is a category of information that hasn’t been written down (yet). You might try more reflection and focus on serious conversation to regain your balance. Ultimately gathering all of this information has to be used for a purpose beyond maintaining situational awareness. What kind of know-how do you want to develop? What is the problem you are trying to solve?

And  earlier as well in “Continuing Education in Entrepreneurship”

I was sitting in one of the nice conference rooms over at Fenwick & West earlier this year […] and I had a strong sense of deja vu for freshman year in college. Normally when I dream of being back in college I am in an exam for a course I haven’t really studied for–although in my case these are more accurately termed “recovered memories”–but this felt like freshman year again, where I slept spent a lot of time in a large lecture halls.

I had this epiphany that I had spent the last dozen years or so […] in this ad hoc program in continuing entrepreneurial education. Books are valuable, and not enough entrepreneurs do enough reading, but there is also a category of knowledge that hasn’t been written down yet. And you can gain wisdom from listening to someone who has played the game–even if it’s just their mistakes–that you would otherwise have to gain from your mistakes experience. 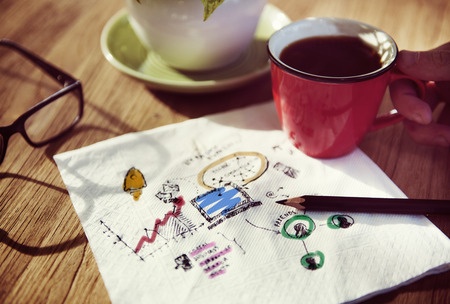 Pursuit of this kind of knowledge was one of the things that led me to start facilitating the “Bootstrapper Breakfasts” because it’s often only exposed in small group discussions.  In his advertisement for YCombinator entitled “What Happens at Ycombinator” Paul Graham makes the same discovery:

I didn’t consciously realize how much speakers at more public events censored themselves till I was able to compare the same people speaking off the record at YC dinners and on the record at Startup School. YC dinner talks are much more useful, because the details people omit in more public talks tend to be the most interesting parts of their stories. About half the interesting things I know about famous startups, I learned at YC dinners. […]

It’s a shame the only record of all the YC talks over the years is in the memories and notes of founders who heard them. It seems inefficient that only the founders in that specific batch and a handful of alumni guests get to hear each talk. We often think about this problem but there seems no way around it. If we broadcast or even recorded the talks, the speakers would clam up.

Entrepreneurs crave information about successful startups, and they should. Most of the received wisdom about business and entrepreneurship is simply wrong. Many journalists and conference organizers attempt to fill this demand by giving successful entrepreneurs the opportunity to tell their stories: in magazines, on blogs, and on stage. And yet, most of the time, those opportunities are wasted, because the protagonists tell lies. And while this may sound like a harmless phenomenon – after all, most of these are simple lies of omission – I think the consequences are quite harmful.

To his credit, when Eric spoke at a Bootstrapper Breakfast in February 2009 he was very candid about his mistakes and failures as an entrepreneur as well as his successes. As are the other entrepreneurs who offer to share lessons learned.

While I can appreciate his frustration at some of the crap that is offered as wisdom (such as ask your girlfriend how she would feel if she couldn’t see you anymore to test the strength of your relationship customer how disappointed they would feel if they could not use your product) many folks on stage in front of a reasonable sized audience are selling something (I say this as a frequent speaker). Or the audience is in fact the product, their attention is being sold to event sponsors.

I don’t say this to be cynical but to acknowledge the realities of the incentives that flow from the economics of putting on events. Other incentives affect knowledge sharing, as the knowledge management folks have discovered, in particular knowledge sharing is much more of a transaction between people than a download of a slide deck or video from a server. It normally takes place in some kind of group, team, or community context.

So if you want to learn about what hasn’t been written down, yet, you need to join groups or take part in events where the incentives favor candor.  Focusing on failures and lessons learned is often more instructive than success stories.  Trying to glean the path to success in a particular market, technology, or geography is always challenging because where it was historically is based on a set of competitive equilibria that may have shifted significantly or even dissolved.  But stories that are “here is what we did and here is what happened” are more useful than “do it this way.”

2 thoughts on “Knowledge That Is Not Written Down, Yet”