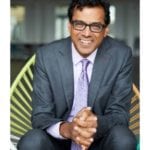 Managing complexity and uncertainty was the focus of Dr Atul Gawande’s commencement address at Williams College on Sunday, June 3rd, 2012 (Reprinted in New Yorker as “Failure and Rescue“). The entire talk is worth reading and offers a medical case history as a compelling context for his points.

“…the critical skills of the best surgeons I saw involved the ability to handle complexity and uncertainty. They had developed judgment, mastery of teamwork, and willingness to accept responsibility for the consequences of their choices. […] We all face complexity and uncertainty no matter where our path takes us. That means we all face the risk of failure. So along the way, we all are forced to develop these critical capacities—of judgment, teamwork, and acceptance of responsibility.”

I think that the three skills Dr. Gawande mentions are also crucial for entrepreneurs to cultivate:

The last point, about the limits of risk mitigation, is a point of departure for Dr. Gawande’s core point: even with good judgment and teamwork, to truly accept the consequences of your decisions is to commit to resilient improvisation and rescue. It’s not enough to prepare for failures and take steps to limit their damage, you have to persevere and attempt to “retrieve success from failure.”

I thought that the best places simply did a better job at controlling and minimizing risks—that they did a better job of preventing things from going wrong. But, to my surprise, they didn’t. Their complication rates after surgery were almost the same as others. Instead, what they proved to be really great at was rescuing people when they had a complication, preventing failures from becoming a catastrophe.

Scientists have given a new name to the deaths that occur in surgery after something goes wrong—whether it is an infection or some bizarre twist of the stomach. They call them a “failure to rescue.” More than anything, this is what distinguished the great from the mediocre. They didn’t fail less. They rescued more.

He cites a study in the New England Journal of Medicine from October 2009 “Variation in Hospital Mortality Associated with Inpatient Surgery” which concludes:

In addition to efforts aimed at avoiding complications in the first place, reducing mortality associated with inpatient surgery will require greater attention to the timely recognition and management of complications once they occur.

This excerpt from “Variation in Hospital Mortality Associated with Inpatient Surgery” provides some statistics on Gawande’s observation that the better hospitals had similar complication rates but lower mortality from major complications:

2 thoughts on “Dr. Atul Gawande on Managing Complexity and Uncertainty”