In the last decade I have switched to drinking tea from coffee. I came across a neat process description for making tea by George Orwell in “A Nice Cup Of Tea” that mirrored what I do–except for adding milk or cream to my tea. I was struck by how often we think we have come up with an approach that we believe is rare or unique and discover a similar approach described that’s decades or centuries old.

There Are Those Who Love To Get Dirty 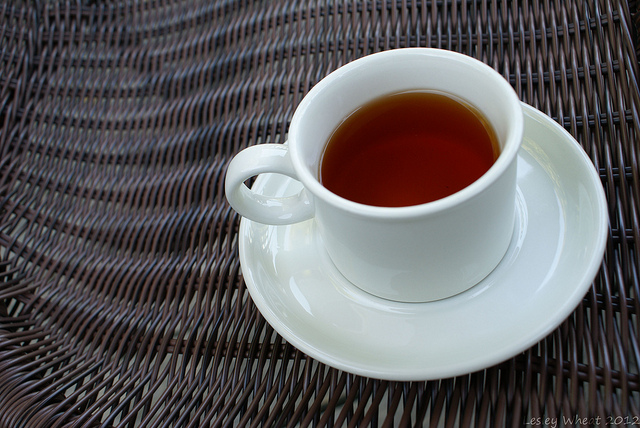 There Are Those Who Love To Get Dirty

“There are those who love to get dirty
and fix things
They drink coffee at dawn,
beer after work,

And those who stay clean,
just appreciate things,
At breakfast they have milk
and juice at night.

There are those who do both,
they drink tea.”
Gary Snyder (from “Left Out In The Rain“)

I have switched from coffee and beer to tea but I am not sure I appreciate things any more.

When I was sixteen I started drinking instant coffee. I would put in three or four teaspoons of instant and one or two teaspoons of sugar and make coffee. It was great and I discovered it would unleash a lot of late night creativity.

My mother would drink Bigelow “Constant Comment” and I would drink it from time to time but I like the burst of creativity that coffee seemed to unleash.

In college I ordered a espresso one afternoon in the week before finals, a friend suggested it was stronger than food service coffee and would help me concentrate better. I was up all night and totally wired, it was disconcerting and I did not drink espresso again for many years.

In my 30’s I watched my father grind his own beans and make drip coffee when I visited one Christmas. I like the taste and bought a Krups grinder and started to drink drip coffee. My wife bought me a thermos coffee pot and I would make a pot of drip coffee that would last all day.

A few years later I switched to tea bags and would put three or four bags in the thermos pot and drink two or three pots of tea a day.

I switched to loose leaf tea, it was cheaper and seemed to be of higher quality. I would put two or three tablespoons of loose leaf tea into the thermos. I bought more drip coffee filters and would filter the leaves out when I poured a cup of hot tea or made a pitcher of ice tea.

The tea is quite strong but does not seem to induce either a large burst of energy and enthusiasm or the same lack of enthusiasm when it wears off.

I thought this idea of making strong tea using loose leaves in a pot was a pretty clever invention of mine until I read a detailed process description for making tea by George Orwell in “A Nice Cup Of Tea.” Orwell offers eleven rules–several address how and when to introduce cream or milk which I don’t add–here are the five key ones that capture the heart of my approach as well. I have preserved Orwell’s numbering scheme

4. The tea should be strong. For a pot holding a quart, if you are going to fill it nearly to the brim, six heaped teaspoons would be about right. In a time of rationing, this is not an idea that can be realized on every day of the week, but I maintain that one strong cup of tea is better than twenty weak ones. All true tea lovers not only like their tea strong, but like it a little stronger with each year that passes–a fact which is recognized in the extra ration issued to old-age pensioners.

5. The tea should be put straight into the pot. No strainers, muslin bags or other devices to imprison the tea. In some countries teapots are fitted with little dangling baskets under the spout to catch the stray leaves, which are supposed to be harmful. Actually one can swallow tea-leaves in considerable quantities without ill effect, and if the tea is not loose in the pot it never infuses properly.

7. After making the tea, one should stir it, or better, give the pot a good shake, afterwards allowing the leaves to settle.

8. One should drink out of a good breakfast cup–that is, the cylindrical type of cup, not the flat, shallow type. The breakfast cup holds more, and with the other kind one’s tea is always half cold before one has well started on it.

11. Tea should be drunk without sugar. I know very well that I am in a minority here. But still, how can you call yourself a true tea-lover if you destroy the flavour of your tea by putting sugar in it? It would be equally reasonable to put in pepper or salt. Tea is meant to be bitter, just as beer is meant to be bitter. If you sweeten it, you are no longer tasting the tea, you are merely tasting the sugar; you could make a very similar drink by dissolving sugar in plain hot water. Some people would answer that they don’t like tea in itself, that they only drink it in order to be warmed and stimulated, and they need sugar to take the taste away. To those misguided people I would say: Try drinking tea without sugar for, say, a fortnight and it is very unlikely that you will ever want to ruin your tea by sweetening it again.

George Orwell in “A Nice Cup Of Tea.”

One Final Refinement: Get An Electric Tea Pot

I would suggest one final refinement: get an electric teapot with an automatic shutoff. It boils faster and uses less energy than a stove top and you never have to worry about it boiling dry–even if you forget to refill it.

“Time is a tea through which your life’s water is run only once.”
George Murray (@bookninja) in “Glimpse: Selected Aphorisms of George Murray“