James Guida published a hundred page collection of aphorisms in 2009 called “Marbles.” Here are seven that I think entrepreneurs will  find thought provoking, by reminding them of an old mistake or helping them to recognize a current shortcoming.

Here are seven aphorisms from”Marbles” by James Guida. I think entrepreneurs will  find them useful.

Don’t Start The PostMortem Early, Do a PreMortem 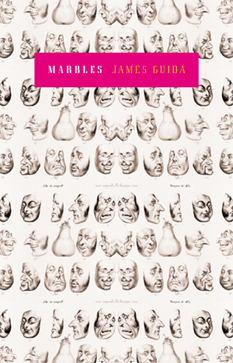 The trick is to take advantage of worries in a PreMortem session and transmute them into precautions and better plans of action, not leave them in larval form where they can slow you to the point of inaction.

“Basically the whole affair threatened to make adults of us all.”
James Guida in Marbles

A few years ago with a leg infection landed me in the ER for a day and a hospital bed for another ten. But that first day a number of old doctors, men and woman with gray hair and serious expressions, filed into my room at different times and looked at the leg and up at me and back at the leg–not admiring it exactly but giving the kind of study you might to a comet you don’t get to see very often–and then back at me. The second time it happened I knew it was not a coincidence and by the fifth I had the distinct impression things were fairly serious. Coincidentally it was my birthday. On that one  I think I my outlook aged the better part a decade, perhaps even two decades, and I was no longer immortal.

Other things can make you grow up as well: taking part in an automobile accident, your wife having a miscarriage, bringing a new baby home, getting laid off, starting work at a new job, having to fire someone, having to lay someone off, getting promoted, having to shut down a business.

People Don’t Tell You When They Stop Trusting You

“You couldn’t exactly call him a man of principle. He always had sufficient energy to evaluate each situation on its own particular merits.”
James Guida in Marbles

“Daily prayer to self: ‘Prove you’re not, at bottom, driftwood.'”
James Guida in Marbles

This might be called The Entrepreneur’s Prayer. The Desiderata is not a bad second choice if this one is not to your liking or you find yourself with more time on your hands.

“The errand we have thought of constantly for days, and nonetheless failed to carry out. As in amusement parks, there’s a mechanical claw in the mind, diabolically hard to control, angling for mundane prizes.”
James Guida in Marbles

I find can cherish an unfinished task more than it’s completion. It’s like losing a tooth as a boy, you tongue checks every minute or two of it’s own accord to make sure it’s still gone, only in this case it’s my a constant mental reminder that something important has been left undone. Many many things are possible, energizing in fact, except the one thing that needs to get done.

“There is a quiet willfulness some gentle people have, a kind of graceful readiness. Their energy passes out of them like tissues from a box, each act drawing a successor, giving them an impression of serene limitlessness.”
James Guida in Marbles

Whenever I meet people like this I try and find ways to collaborate with them on projects. I suspect my constant stream of new ideas–some of which are good ideas and a few are even better ideas–is as annoying for them as for most, but they seem to handle it better. When they tell me “these are not the new ideas you are looking for” I find it strangely calming, as when the Imperial Storm Troopers confronted Obi Wan Kenobi but were soothed by his suggestion that “these are not the droids you are looking for.”

The Email of the Species is Deadlier

“Sending an email can be like letting go of an animal.”
James Guida in Marbles

One because it can be more vicious than you might realize, and two you never know where it may wander off to. E-mail is often better behaved when sent during daylight hours, and those you are unsure of often benefit from overnight observation or a second opinion from a disinterested friend.