This blog post is an overview of a series of blog posts on “The Shape of Firms to Come.” It’s an attempt to outline what I believe are key values that businesses will embrace to endure over the next 25 years.

The Shape of Firms to Come:
Key Values and Architectural Philosophy 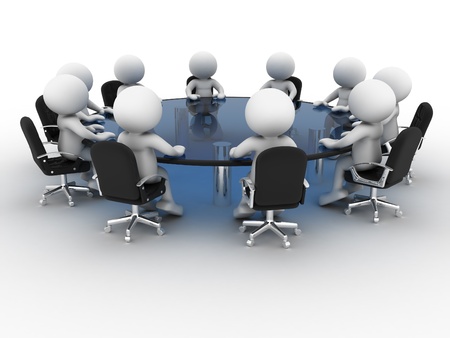 Fundamental changes that have occurred in the infrastructure for business over the last 25 years now mandate changes in key values necessary for long term survival. Historically firms were rewarded for scale (and therefore growth), centralized command and control, lower costs, and a focus on short term profit. Now as they face competitors who are decentralized networks focused on longer term impact and resilient operations, the historically successful are finding it increasing difficult to survive, much less prosper.

These new competitors have many of the key attributes of open source projects and global supply chains: they are incessant, so deeply interconnected with suppliers and customers as to be transparent, and global. I think they represent a phase change in business model that requires an embrace of new values and a new architectural philosophy. I think Robert Kahn was prescient 16 years ago in calling for new Internet based ideas 16 years ago:

“The Internet is an architectural philosophy, rather than a technology. The evolution of the Internet is similar to that of electricity. First, technologies emerged that replaced old products and services then new concepts were introduced. It’s time for the new Internet based ideas to come forth.”
Robert Kahn (2002)

Here are the 8 key values:

Investments in technology should focus on the augmentation of human expertise, as individuals and working in teams, not on replacing people. Firms that focus on extending human expertise and building shared trust will thrive over the long run because they can leverage the diversity and richness of human experience and retain human accountability and explanatory power in a way that AI and machine learning techniques continue to failing at.

Computer/human interfaces may become so intimate that users may reasonably be considered superhumanly intelligent. […]

Take problems that are normally considered for purely machine solution (like hill-climbing problems), and design programs and interfaces that take advantage of humans’ intuition and available computer hardware. […]

Use local area nets to make human teams that really work (ie, are more effective than their component members). This is generally the area of “groupware”, already a very popular commercial pursuit. The change in viewpoint here would be to regard the group activity as a combination organism. In one sense, this suggestion might be regarded as the goal of inventing a “Rules of Order” for such combination operations. For instance, group focus might be more easily maintained than in classical meetings. Expertise of individual human members could be isolated from ego issues such that the contribution of different members is focused on the team project. And of course, shared data bases could be used much more conveniently than in conventional committee operations.

2. Human Touch at Scale: Enable Customer Intimacy not an Instrumentality

Business is conducted between people. Ultimately all of our advances must be in service of maintaining human and humane relationships. This does not preclude self-service and do-it-yourself product offerings but there must be an escalation path that allows human conversation. I think this is what Amazon and Apple understand that Google and Facebook don’t. The former staff hotlines and make it easy to talk to someone when things go wrong. The latter don’t. Kaiser is another good example of a service organization striking a balance: offering self-service for appointments but also the ability to call an advice nurse (or visit an urgent care or emergency facility and be treated without an appointment).

“Social media is an opinion-fracturing prism that shatters social cohesion by replacing a shared public sphere and its dynamically overlapping discourse with a wall of increasingly concentrated filter bubbles.”
Natasha Lomas (@riptari) in “Social Media is Giving Us Trypophobia“

Her conclusion: “across the spectrum people are crying out for tech firms to show more humanity, and tech firms are still trying to force-feed us more AI.” Too many tech firms act like insect colonies trying to simulate a human being. A commitment to human and humane interaction will be a differentiator for the shape of firms to come as the axis of competition shifts from lowest cost per user transaction to building as much trust as possible in each interaction.

In some ways this is one of the hardest values — how does the organization know what it knows and deploy the right experts on the right problems. This argues for market models for team formation as well as internal support organized in a community of practice. If individuals in the firm can tap the right expertise without necessarily having to escalate up a chain of command — if there are a network of escalation paths it enables recon pull so that people closest to problem or need can access best fit or most appropriate experts. This approach requires cultivating trust and a shared sense of mission but enables specialization driven by the customer and prospect needs that further differentiates firms that embrace it.

If human expertise is the scarce resource then it’s important that it be shared, renewed, repurposed and remixed throughout the firm. By capturing training sessions and problem sessions and recycling them into artifacts that can complement but not replace the need for conversation a firm can spread its effective expertise more widely and make more effective use where needed. Pick continual improvement over an optimal solution to an environment that may preclude further experimentation and growth in understanding. Abandon schoolhouse and university campus models that measure progress in seasons and separate learning from practical use in favor of short lessons and immediate application. Embrace flipped classroom models that view the real world as the test and are based on andragogy principles not pattern matches to pedagogy.

“Don’t learn to do, but learn in doing. Let your falls not be on a prepared ground, but let them be bona fide falls in the rough and tumble of the world; only, of course, let them be on a small scale in the first instance till you feel your feet safe under you. Act more and rehearse less.”
Samuel Butler in “The Note-Books of Samuel Butler“

Play a long game has two meanings here: plan for the long term survival of the firm, avoiding the short cuts and short term thinking that typically lead to abuse;  make long range plans that can nurture significant breakthroughs as well as anticipate setbacks and even disasters that occur infrequently–because over the long run you will need to manage them if you want the firm to survive. This also involves succession planning for both people and systems, a commitment to a core mission and related brand promise and a commitment to great products and service excellence over fast growth or lowest cost.

“Science has not yet mastered prophecy. We predict too much for the next year and yet far too little for the next ten.”
Neil Armstrong in an address to a Joint Session of Congress, Sep-16-1969

All other things being equal the ability to respond effectively to opportunities or setbacks faster than competitors increases a firm’s longevity.  A fast game requires a clear high level plan up front that not only allows for but relies on local initiative with all players keeping their eyes and ears open and being listened to when they believe that they have spotted a potential problem or opportunity.  It requires a willingness to triage and only take action where it will affect the outcome, avoiding further sunk costs in businesses that need to be abandoned and not gold plating what’s working. It means not punishing teams that take action based on the best information at the time when problems still occur or opportunities fail to materialize: distinguishing between good decision with bad outcomes and poor judgements that prove lucky.

Distributed organizations are naturally more resilient but if they are not willing to embrace the possibility of failure and learn from real failures –to forgive and remember–they won’t be more resilient. A firm like The Waffle House” is alert to a class of foreseeable disasters–hurricanes and floods–and has plans in place for how to run each restaurant without electricity, natural gas, or water. They also understand that local personnel will have families affected by the disaster and reposition employees from unaffected areas to provide direct support in addition to operating out of a mobile command post positioned on the edge of the disaster area. Resilient firms don’t assume “this will never happen again” and keep careful contemporaneous records where possible, they also rely on flight recorder technologies that are designed to keep a record even if a server–or an aircraft–crashes.

“Spaceflight will never tolerate carelessness, incapacity, and neglect. Somewhere, somehow, we screwed up. It could have been in design, build, or test. Whatever it was, we should have caught it.

We were too gung ho about the schedule and we locked out all of the problems we saw each day in our work. Every element of the program was in trouble and so were we. The simulators were not working, Mission Control was behind in virtually every area, and the flight and test procedures changed daily. Nothing we did had any shelf life. Not one of us stood up and said, “Dammit, stop!”

From this day forward, Flight Control will be known by two words: “Tough and Competent.”

When you leave this meeting today you will go to your office and the first thing you will do there is to write “Tough and Competent” on your blackboards. It will never be erased. Each day when you enter the room these words will remind you of the price paid by Grissom, White, and Chaffee. These words are the price of admission to the ranks of Mission Control.”

Gene Kranz in address to his branch and flight control team on the Monday morning following the Apollo 1 disaster (30 January 1967), known as “The Kranz Dictum”; as published in his book “Failure Is Not An Option”

8. Act Entrepreneurially and Foster Ecosystems to Create More Value Than You Capture

Entrepreneurial firms take a long-term view of each ecosystem partner and establish close, mutually beneficial relationships with them as the best way to give customers excellent service.  Entrepreneurial firms come to voluntary agreements for collaboration and honor the spirit of such agreements so that all parties benefit. While they are alert to the potential for failure they are optimistic about possibilities for creating shared value, and are willing to critique counter party performance and disagree in order for find a better shared outcome. They view customer complaints and criticism as demonstrations of trust and hope for a better shared outcome and approach them as opportunities for shared learning not costs to be minimized. They strive for sustainable operation and transformations that enable more value, avoiding extraction or harvest models that leave wastelands and forecloses future options.

Successful entrepreneurs differ from other people–not in their abilities but in their mindset. They have internalized two fundamental commitments, by making these two decisions:

Dan Sullivan in “The Great Crossover“

Companies must adopt a new shape and new values that cultivate human expertise embedded in collaboration networks and communities of practice, foster trust with human and humane interaction and focus on free exchanges of value in voluntary agreements, shunning force or addiction models.

This was published as our newsletter for February 2018

2 thoughts on “The Shape of Firms to Come: Key Values and Architectural Philosophy”