The House I Grew Up In

“I remember my youth and the feeling that will never come back any more–the feeling that I could last for ever, outlast the sea, the earth, and all men; the deceitful feeling that lures us on to joys, to perils, to love, to vain effort–to death; the triumphant conviction of strength, the heat of life in the handful of dust, the glow in the heart that with every year grows dim, grows cold, grows small, and expires–and expires, too soon–too soon before life itself.”
Joseph Conrad in Youth, A Narrative 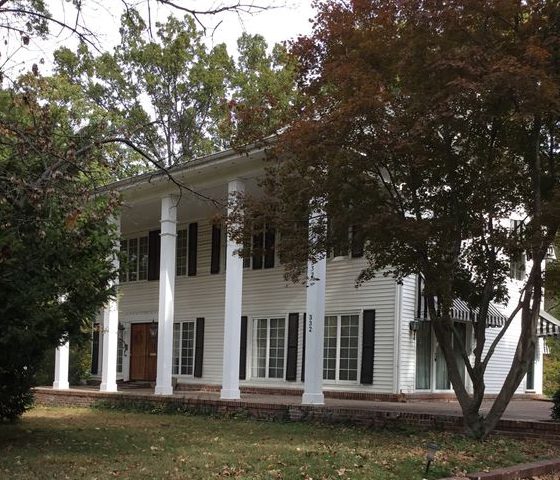 My brother sent me a video of part of the demolition of the house we grew up in. After my mother passed away last year we put the house on the market and the people who purchased it decided to demolish it and rebuild. Watching the video put me in a reflective mood.

A friend grew up on a farm outside of Pittsburgh. He went home for a 50th college re-union and was surprised that entire area had been replaced by subdivisions. He said it was the same sensation that family he knew that lived in Santa Rosa related: they returned home after the major fires last fall that burned down about a quarter of the city and there was nothing to recognize of their neighborhood, much less their house.

I remember being fascinated by the original Sim City simulation game. It could recreate in the course of an hour what might take 50-100 years of actual time in the evolution of a city. It fundamentally changed the way I looked at the built environment. I can remember watching time lapse photography of buildings being constructed and plants sprouting, flowering, and withering but this was an entire system where different parts were waxing and waning at the same time.

My parents lived in an apartment when I was born, they purchased a house when I was about two and my father set about remodeling it prior to us moving in. My mother and I stayed with her family for about nine months and I can remember visiting the new house and seeing my father greet us at the door holding a hammer with a red kitchen town wrapped around his head like a bandanna to keep the sweat out of his eyes. I remember thinking that was just wrong somehow, the wrong way to use a towel and I have carried the image in my mind for many years.

The house I grew up in was built in the early 1900’s, I believe it was 1905 or 1908, and lasted more than a century. There was an old cistern that we filled with rock and an old outside that was torn down at some point. We tore down an old garage that had become termite ridden but left the slab as a patio we used for many years before replacing it with a chat gravel driveway and a two car turnaround.

My father continued to remodel and expand the house in various ways all during my youth: walls moved, kitchen sink moved and a central island added, new floors, a “new side” that doubled the house and required that the stairways be re-arranged. I watched all of these changes as I grew up. I can remember waking up one morning and realizing that the stairway was now in a different place. A makeshift fence guarded the 8 foot drop where the old one had stood for six decades.

A Tenant Moves On

“I can remember how when I was young I believed death to be a phenomenon of the body; now I know it to be merely a function of the mind and that of the minds of the ones who suffer the bereavement. The nihilists say it is the end; the fundamentalists, the beginning; when in reality it is no more than a single tenant or family moving out of a tenement or a town.”
William Faulkner in “As I Lay Dying“

When my grandfather passed away and a new family moved into his house that was a stranger sensation than watching this demolition.

When I was 11 or 12 and developed a lasting interest in photography my father and I remodeled a part of the “old side” basement to add a darkroom: a new sink and new cabinets: we found it more expedient to hang some old blankets to create the “airlock.”

Some mornings when I awake and have yet to open my eyes I sometimes think I am back in my bed there. Not so often these days but when I was younger it might happen once or twice a year.

I can remember a man came to the house I grew up in when I was perhaps 12: he said he had grown up there and asked if he could walk through. My father was happy to show him around. At that point the house had doubled in size with all of the remodeling that had been done.

In some ways that was probably more disorienting for him than watching the house get torn down was for me. We think of buildings as permanent–once we are adults we think of ourselves as permanent–but reality is that things change.