Entrepreneurs are often quick to characterize prospects who don’t see the benefits of their new shiny technology as laggards. Sometimes that’s the case, but often the product presentation does not present benefits that are either relevant or compelling. Laggards get a lot of bad press in the startup community, but their reasons not to change are often more sound than startups give them credit for.

Q: Help! I Can Only Find Laggards in My Target Customer Segment

In the technology life cycle, laggards are traditionalists who are the last to adopt an innovation. They represent the trailing 16% of the population that are either happiest with the way things are, or most averse to change depending upon your point of view. I was reminded of this in a recent exchange at a Bootstrapper Breakfast®  in Silicon Valley with two entrepreneurs that were frustrated by the lack of receptivity to their solution. Here is a summary of our exchange. 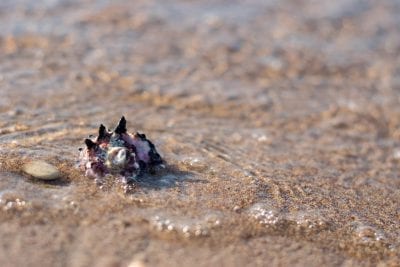 Q: Help! We are trying to bootstrap a software startup in an industry that seems to be full of laggards. We believe our technology offers advantages over what they are currently using, but we are starting to worry that we will have to wait until the old guard dies out before a slow transformation happens. How do we convince laggards to try something new?

A: I find when you label a prospect a “laggard” you are probably disabling your empathy for their true situation and the incentives that they face, and you increase the difficulty of reaching a meeting of the minds and making a deal. Here is my perspective on the “laggard worldview:” they are not in pain and able to use proven methods that work reliably and are adequate for their needs.

Q: I think this is the bit I often forget. I often find I get very excited about the prospect of doing something a different way that can have a great potential upside. But why change something that works?

A: Normally, when someone tells me they are looking for “smarter prospects” or are “tired of dealing with laggards” it means that their demo or presentation is poor. Either it’s hard to understand (from prospects point of view), it does not offer proof or reasons to believe that are compelling for the prospect, or it does not identify a reason to act (why now).

You have to look at the true cost of trialing or evaluating a new solution: how much risk is there that it won’t work. That’s why it’s easier to offer new techniques for model railroad scenery that neo-natal care: the latter entails a much higher cost of failure. It’s also the case that a new solution that requires a substantial capital investment will take longer to be adopted: electricity and the quarter horsepower motor allowed assembly lines to go much longer than the traditional water wheel plus belts and pulleys model for factory design: they built multi-story buildings  instead because it was easier to transmit mechanical power vertically to another floor than for an additional 200 feet of a longer assembly line. But this meant that factories had to be redesigned to take advantage of new capability, a substantial expense that probably delayed the changeover by two decades.

You have to look for firms that are poorly served by the status quo alternatives available to them and assume the bulk of the risk in delivering value: have them pay for the result,  not the software or technology. Sell the “hole in the wall” not the drill.

Q: I think this is where I sometimes hit my head against the wall trying to cater to prospect where the status quo probably is still working relatively OK, but not great. But as you mention the risk involved is not enough to switch.

A: If no one on the team has worked in the target industry, you are at risk for a strategic misfit, or at least the inability to understand the prospect’s operating reality. One way to help address this gap is to provide a prospect with a case study for a similar business that offers proof that your solution provides a better way. A case study where you name the firm allows you to suggest a useful contrast between their current practice and that of a peer–but it has to be a firm they view as a peer. When the peer says they have seen better results, such as  lower costs, shorter cycle times, fewer errors, or less waste, it’s much more compelling than anything your team can claim directly.

How your customer measures the value that your product or service offers is a fundamental question. In a competitive situation it’s how they decide which option in the market they will pay for, and in the case of a novel or discontinuous offering, whether or not to stick with the status quo or pay for your offering.

What are your prospects actually paying for? How do they measure the result or impact of using or deploying your product?

Note I first learned the factory evolution story by reading Paul David’s “The Dynamo and the Computer.“