Entrepreneurs need to focus on innovation or the first reduction to practice of an idea in a culture because this is the critical precursor to customer value.

“Although often seen  as a high-technology  event involving inventor-entrepreneurs, innovation may, of course, occur in high or low technology, product or service, large or small organizational situations.  Innovation may be thought of as the first reduction to practice of an idea in a culture. The more radical the idea, the more traumatic and profound its impact will tend to be.” 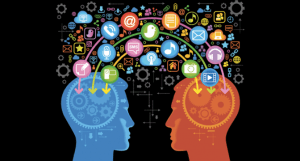 I worked with an entrepreneur who was very frustrated by how much value was lost between his vision of a solution and what a customer was actually willing to pay. He sketched a sequence of steps where value was lost at each step:

At first, I thought that this was more of “an artist’s conception of idealized value” instead of “business value” or the benefit that a customer saw after getting the software running smoothly in their business compared to how things worked before. Pricing is how the entrepreneur captures a fraction of that value: the customer has to make a profit on their investment, or it’s not a sustainable business relationship. But then I realized that when you are designing something you always start with a mental model. It can be informed by observation and you may sometimes tinker with a prototype and see a significant increase in performance or reduction in cycle time or error rate. But it only becomes a feasible design when you understand why it works, when you have a model for it.

The challenge then is that development requires an “inside out approach” informed by careful observation and reflection, where getting customers to adopt and pay for a product requires and “outside in approach.” You have to understand the customers needs and perspective, and incorporate them into your design process, features delivered, and how you price.

Limits on the rate of  adoption

I think there is a change constant that limits the amount of change an organization can absorb before it ceases to function.  There are several challenges that need to be managed, and these are faced both by internal change agents and startups attempting to effect the changes needed for a product to make a positive impact:

Value occurs when inventions are adopted as useful innovations

Innovation consists of the technological, managerial, and social processes through which a new idea or concept is first reduced to practice in a culture.

All are necessary to create new value. Software dominates all aspects of the cycle from discovery to diffusion.

A startup’s creative invention becomes a useful innovation when customers adopt it. The lead generation and sales processes for finding early adopters look very different from how established products are sold in established markets. One key difference is that the business relationship often involves both parties learning from each other and collaborating on a joint project to create value in the customer’s business. The startup can use this value as proof of the need for their offering and take away lessons learned from the collaboration for the next project they start with a new customer.

We take this same co-creation of value approach with our clients. We join their team on a part-time basis (sometimes very part-time, in the same way that a small amount of Tabasco is enough to flavor your clam chowder) to collaborate on projects that help them generate leads and close deals. We also stress the need to do discovery so that the critical features are emphasized in a demo, evaluated by the customer, and ultimately deployed into production use.  Working backward from what is actually going to move the needle on creating value is the key to fostering adoption and building a sustainable business relationship.