In uncertain and evolving situations it’s best to share only what you are certain of. Repeating second hand information only spreads fear and doubt and causes more problems than it solves. 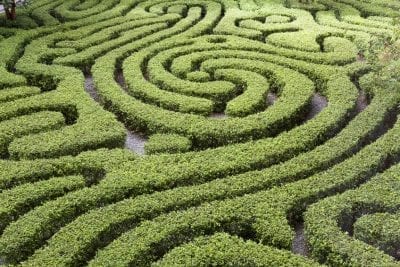 In 2017, my brother came out to visit me in California. We planned a four day trip to Guerneville in the wine country with our wives. I am not much of a wine drinker so I read at the cabin during the day while the three of them visited wineries and we would gather in the evening. The third morning we woke up and the phones and Internet were out. I went outside to go for a walk early the next morning and noticed that ash was falling from the sky. I began to wonder if relations with North Korea had taken a turn for the worse or the Bay Area had received “a suitcase from Allah.”

My brother was out for a run and encountered a couple who told him that there had been a fire that had burned down a section of Santa Rosa including a major hotel and hospital, crossing 101 (a major North south freeway that is six lanes wide at Santa Rosa) and burning points west.

Since we had come by Santa Rosa to get to our cabin we had to find a different way home so we headed for the coast. What had been a light ash become smoke and it was not clear if we were heading away from the fire or into it. There was no cell phone coverage, so no Google News / Google Maps. The fire had burned the phone lines (as well as some cell towers) that carried the cell tower traffic back into the regular phone network.

We found a local radio station but it was describing the situation based on local place names and routes that we had no idea where they were. It was very clear Santa Rosa had experienced a major fire overnight and that dozens were missing and that some were likely dead. it was a strange situation trying to navigate an unfamiliar landscape without more than a general sense of direction (we were heading to the coast) or where the problems might be.

The radio station described a jury rigged sequence of connections that was allowing them to broadcast. Their offices had burned down but they had a connection to the transmitter tower that had not been affected. They had a phone bank and were able take call ins and in the two hours or so it took to get to the coast (traffic was heavy and slow) we listened to people each describing their “view of the parade through their knothole in the fence.”

At one point the announcer said, “I want to remind folks that we are screening these calls and our goal is to provide objective information and eyewitness accounts. You can talk about things you have seen directly but please do not pass along rumors of events or happenings you have not witnessed first hand.” They were concerned about inadvertently creating an echo chamber of fears and second hand info in a situation that was still fluid.

I thought of that guideline when I was reviewing my notes from yesterday’s Bootstrappers Breakfast. I think it’s very helpful to share personal experiences and direct observations with peers. I think it’s OK to share the experiences of people you know and trust.

But as bootstrappers we face a challenge similar to the one my brother and our wives faced: we are attempting to navigate through poorly understood terrain that may contain some dangers. The situation is fluid and evolving and while we have some definite goals (head west and get to the coast) there are a lot of rumors and second hand reports.