Expertise in a complex skill, like the skill of entrepreneurship, requires mastery of a constellation of techniques and methods. I use an essay by Ursula K. Le Guin “Where Do You Get Your Ideas From?” as a point of departure to explore the “continuous cultivation of a disposition, leading to skill in performance.”

Mastering The Skill of Entrepreneurship

“First myth: There is a secret to being a writer. If you can just learn the secret, you will instantly be a writer; and the secret might be where the ideas come from. […]

If you haven’t learned how to do something, the people who have may seem to be magicians, possessors of mysterious secrets. In a fairly simple art, such as making pie crust, there are certain teachable “secrets” of method that lead almost infallibly to good results; but in any complex art, such as housekeeping, piano-playing, clothes-making, or story-writing, there are so many techniques, skills, choices of method, so many variables, so many “secrets,” some teachable and some not, that you can learn them only by methodical, repeated, long-continued practice–in other words, by work.

My talent and inclination for writing stories and keeping house were strong from the start, and my gift for and interest in music and sewing were weak; so that I doubt that I would ever have been a good seamstress or pianist, no matter how hard I worked. But nothing I know about how I learned to do the things I am good at doing leads me to believe that there are “secrets” to the piano or the sewing machine or any art I’m no good at. There is just the obstinate, continuous cultivation of a disposition, leading to skill in performance.”

Ursula K. Le Guin in “Where Do You Get Your Ideas From?” from “Dancing at the Edge of the World“ 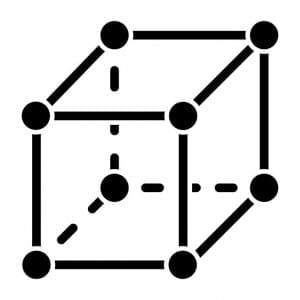 I really like Le Guin’s closing line on the value of “the obstinate, continuous cultivation of a disposition, leading to skill in performance” as it applies to the skill of entrepreneurship. I think there are two critical elements of an  an entrepreneurial disposition:

I think successful entrepreneurs also commit to self-improvement. They recognize their limitations and address them either with ongoing self-improvement efforts or by partnering with others who have complementary strengths. They rely not only on self-assessment to detect personal limitations and weaknesses but also actively  solicit feedback from team members, customers, partners, and other members of the communities they are are a part of.