A Q&A with Michal Mazurek, the founder of Syften, on lessons learned bootstrapping a monitoring and analytics startup.

An interview with Michal Mazurek, founder of Syften. About Syften he has written: “In my youth I wrote a tool to monitor Usenet and IRC for mentions of my handle. After working for multiple startups and running a few of my own product, I know the hard work that goes into acquiring and understanding the needs of the first few customers. In hindsight, this was the set of skills I needed to build Syften.” 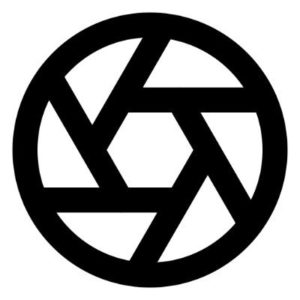 Q: Can you talk a little bit about your background
I graduated from Wroclaw University’s Computer Science department in 2014 and spent my career as a programmer and systems administrator. I’ve been programming since 12 and running servers since 14. In April 2018 I quit and decided to start my own business.

Q: How did you get started?
I wrote a small tool that monitored Reddit and a few other forums. I shared what I had on Indie Hackers, and as it turned out, the reception was a lot warmer than for the tool this was supposed to help grow! So I focused my attention on the forum monitoring tool and and it became Syften.

Q: Can you talk a little bit about what led you to found your company, what was the problem that motivated you?
I launched a small tool for a specific type of programmers and I wanted to find more users for it. The people that I was targeting didn’t seem to congregate in one particular place, but I believed that I could find them by the content of their posts, and in particular by the technology that they mentioned. These were highly technical strings of text, and no tool allowed me to monitor for e.g. “ 12.” (space, 12, dot) as most would ignore the special characters.

Q: Can you give me a brief overview of where the company is today?
The individual sign ups help me make a nice salary, but I’ve recently signed on a bigger special-case customer – I think that’s where the future of the product lies. I’m also happy to say that I’ve hired my first marketing agency.

Q: What key experiences and skills shape your perspective, influence your work, inform your practice?
The best decision, or a quirk of fate really, is that my target audience are other tech entrepreneurs, just like me. It’s the advice of the people I met along the way that influenced me the most.

Q: What are the two or three things that you have been able to accomplish that you take the most pride in or satisfaction from?
Entrepreneurs often talk about a “founder’s journey.” In that context my biggest accomplishments were to stop complaining and to take responsibility for my circumstances. Complaining is an easy way to save the ego, and if it’s a possibility, our brains will gladly take it. By becoming my own master I abdicated that option. The only way out was to work hard on changing what I didn’t like.

And so, having no other choice, I built skills in areas which I thought I “had no talent in”, or “didn’t like”. Skills like writing, user interviews or marketing. I’m happy to say that I went from someone who “can’t write and hates writing” to someone whose articles were featured on top of Indie Hackers.

On the outside, this is no accomplishment at all. We expect entrepreneurs to be able to write. But internally, that was a breakthrough for me. And all it took was applying my usual process: reading 2-3 of the top books on the subject, and then practicing.

I expect Elon Musk to be charismatic and smooth during his interviews. Now I understand that he wasn’t born that way, he had to learn.

Q: What has been the biggest surprise? What was one key assumption you made, perhaps even unconsciously, that has caused the most grief?
Not every day is filled with novelty and excitement. In fact most are not. Learning new skills and pushing through the comfort zone is exciting, but a big part of the process is doing the boring menial work. I think that most products fail because the founders are unwilling to stick to the process.

Q: What development, event, or new understanding since you started has had the most impact on your original plan? How has your plan changed in response?
Signing a big special-case customer was my biggest breakthrough. If I could find nine more customers like that my ultimate financial goals would be met. For someone that’s just starting out, finding ten high ticket customers might sound unrealistic. But today, my perspective is that it’s easier than finding thousands of low ticket customers.

Q: Any other remarks or suggestions for entrepreneurs?
In the end, the biggest obstacle is always myself. The founder’s journey is real, and it’s a great road to self improvement. As a salaryman I just focused on getting through the week, and then I could “do nothing” over the weekend. I had no respect for my time, and for my life. After taking responsibility for my circumstances I started to value life and myself a lot more.

Q: Michal, thanks for taking the time to answer my questions.

I got to know Michael in September of 2019 when I came across a mention on IndieHackers and signed up for the free trial. I was impressed by the kinds of queries you could form to search forums (in particular the ability to ask for a trailing question mark to indicate a question) and have used it on behalf of several clients in the interim. I have served as an informal advisor and remain impressed: the product has continued to evolve in the last two years. Inspired by Michal’s insights and ethos, I reached out to him late last year for this Founder’s Story interview.

We have looked at a number of “search tools” and worked with a number of text analytics, semantic analysis, and taxonomy tools and clients over the years. As a space “knowledge management” is somewhat out of favor–at least under that name–but it’s one that bears watching.

To grow Code Dog I wanted to learn more about my niche. I wrote an app that notified me when my keywords were mentioned on Hacker News, Reddit etc. It turned out that other people were happy to pay for this service as well! I got my first user on Jun-2-2019, just a few days after my first commit. I’m currently focused on growing this tool.

The business Journey of a hacker turned entrepreneur (May-27-2020)

My first product was Code-dog.app – a tool for GitLab and BitBucket users. But those are just everyday tools, something like a text editor – the users don’t exactly hang around any forums talking about them. So how do I reach them?

Syften started out as a few scripts for monitoring new threads on Reddit, Hacker News, Indie Hackers and a few forums for keywords that would identify someone as a GitLab or BitBucket user. I could then either participate in the discussion, or send the user a direct message.

I shared what I had on Indie Hackers and the response was better than I expected – several users immediately signed up. That’s how I knew I had something good.
EmailOctopus: Syften – building a social monitoring tool: Hollie Youlden interviews Michal Mazurek (Nov-27-2020)

Searching for “Jobs To Be Done”

Michal Mazurek: I was chatting with Reilly Chase (at www.hostifi.com) about finding customers by monitoring online communities. He suggested that it’s a good idea to monitor Upwork, a job board for freelancers. I didn’t immediately understand, so I asked him what type of people would find that useful.

Reilly Chase: I think in terms of Saas because that’s what I do. Say you’re a SaaS that automates X or even a productized service. When someone posts a job
on Upwork that is related to what you do, apply and ask if they would rather pay $X,00 or $X0 per month. I got this idea from Tyler Tringas.

If your Micro-SaaS replaces a job that your customers would typically hire a freelancer or consultant for — great fodder for business ideas — then jobs boards can be a fantastic place to find new customers. Setup a regular process to search for job postings on every site you can find and tell job posters they can “hire” your app instead.

I knew several of my freelance clients had been interested in hiring me to build a store locator so I figured that was probably happening elsewhere. I had previously used just one or two sites like oDesk and Elance (both of which are now Upwork.com), but now I created accounts on every one I could find. I would trawl the sites for jobs that included a store locator in the requirements, “apply” for the job and pitch them on using Storemapper instead.

Tyler Tringas “Getting Your First Customers“

Michael Mazurek:  Syften monitors Upwork.com for you, but you still need to create an Upwork account to be able to apply.

Sean Murphy: This takes the definition of the “job to be done” by your software to a new and very practical level. I wonder if mid-size firms will post “help wanted” to attract software bids instead of RFP’s. To be fair, there is a labor component to Riley’s offers, it’s just that he offers software-enabled services where the labor element is fraction of someone employing manual or artisanal methods. Very thought provoking example of a possible “future of work.” More of an existence proof actually.