I had earlier blogged about the Incomplete Manifesto for Growth: Eight For Entrepreneurs, this is a follow on post that selects eight more statements by Bruce Mau for your consideration.

Eight More From An “Incomplete Manifesto for Growth” by Bruce Mau 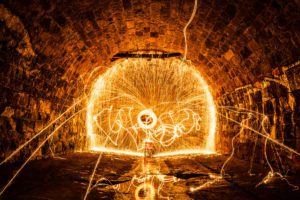 Bruce Mau wrote 43 statements in 1998 to articulate his beliefs, motivations, and strategies in what he called “An Incomplete Manifesto for Growth.” His focus is on “growth” in the sense of increasing both craftsmanship and artisanship. In 2006 I select selected eight that were the the most applicable to folks in software startups and blogged about them in Incomplete Manifesto for Growth: Eight For Entrepreneurs. I recently revisited the manifesto and found another 8 that I think provide useful guidance for entrepreneurs.  I kept the numbers from the original, my adding comments below.

4. Love Your Experiments (As You Would An Ugly Child). Joy is the engine of growth. Exploit the liberty in casting your work as beautiful experiments, iterations, attempts, trials, and errors. Take the long view and allow yourself the fun of failure every day.

Sometimes things are best at their beginning but often you are just trying something to see if you can learn more about a situation. I don’t know that failure is ever fun but often you are trying something just to map the possibility and rule out a possibly viable configuration. You have to start early to give yourself the time to run the experiments–and to reflect on the results. Sometimes you have to compare several results for things to come into focus.

5. Go Deep: the deeper you go the more likely you will discover something of value.

This reminds me of a suggestion by Peter Block in “The Answer to How is Yes.” He advises, “When in doubt, choose to go deeper rather than faster. Accept the idea that reflection and understanding your own nature, including the dark side, is the key to effective action.” There is a tendency to try to go faster, but sometimes you have to look below the surface and revisit your expectations and your mental models.

Be careful of discarding outliers and the unexpected. Not every failure is a dead end. It’s worth a second look when results completely violated your expectations. Pay attention when you feel surprised, it’s a marker for an opportunity to learn.

15. Ask Stupid Questions:  growth is fueled by desire and innocence. Assess the answer, not the question. Imagine learning throughout your life at the rate of an infant.

I would reframe this as “basic questions.” Approach a situation with a newcomer’s eyes. Sometimes you get an answer from a customer or a prospect that has you question if they are pulling your leg or just outright bullshitting you. But it’s worth asking, “what would have to be true for this to be accurate?”

Sometimes we are paralyzed by a fear of appearing ignorant or unsophisticated. I had two bosses early on, one French and the other Yugoslavian, who would say, “I am sorry my English is not very good. I just want to confirm what you meant.” Their English was just fine. It was their way of asking a basic question.

We had a client who was a female engineer. And sometimes I would answer one of her questions–or offer advice–that lapsed into marketing jargon or an analogy that might be more at home in a math or statistics lecture. And she would look at me and say, “Look, say that again but talk to me like I am five years old.” It forced me to get the core of what I was trying to say.

This is a good idea whether the approach works or not. If it works trying it again allows you to refine it. If it does not, a second or even third try can let you know that an initial failure was just bad luck.

32. Listen Carefully: every collaborator who enters our orbit brings with him or her a world more strange and complex than any we could ever hope to imagine. By listening to the details and the subtlety of their needs, desires, or ambitions, we fold their world onto our own. Neither party will ever be the same.

One easy way to confirm that you have understood what they said is to play back the gist of your understanding. Writing it down if it’s part of a structured experiment means that you can revisit if afterward without either of you having to rely on memory.

33. Take Field Trips The bandwidth of the world is greater than that of your TV set, or the Internet, or even a totally immersive, interactive, dynamically rendered, object–oriented, real–time, computer graphic–simulated environment.

This goes by many names:

Instead of trying to prevent something from failing, it may be cheaper,  faster, and just as educational to try a low cost experiment and observe the failure. Thomas Watson Jr., the second president of IBM, suggested, “If you want to increase your success rate, double your failure rate.”

40. Avoid Fields, Jump Fences: disciplinary boundaries and regulatory regimes are attempts to control the wilding of creative life. They are often understandable efforts to order what are manifold, complex, evolutionary processes. Our job is to jump the fences and cross the fields.

Many problems are interdisciplinary. They are best solved by combining insights from two and three different kinds of expertise. People tend to make two common mistakes when they approach a business problem. The first is when they try to solve it using purely technical means when people management and psychological factors are in play. The second is trying to solve a problem purely by changing incentives without looking for ways that new tools and methods can contribute. One characteristic of successful founders is a willingness to learn new skills and techniques to a basic level of competence; if we restrict ourselves to what we know well, we may overlook a new approach that dramatically simplifies the solution to a problem.

“Nexialism is the science of joining together in an orderly fashion the knowledge of one field of learning with that of other fields. It provides techniques for speeding up the process of absorbing knowledge and of using effectively what has been learned.”
A. E. Van Vogt in  “The Voyage of the Space Beagle“ [opening quote Chapter 7]