In “Moore’s Law Beats Customer Feedback” Chris Morris highlights a quote by Jensen Huang from an April 8, 2009 talk at the Stanford Technology Ventures Program on “Favoring Moore’s Law Over Customer Feedback”  (Mr. Huang has a number of talks available on Stanford’s Entrepreneurship Corner):

“Sometimes you have to ignore your customers and follow Moore’s Law.”
Jensen Huang 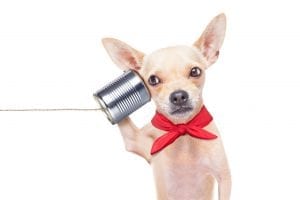 My feeling is that Moore’s Law is customer feedback.

What I think he means “ignore some of your more established prospects.” NVIDIA sold chips to customers in its first five years. By that I mean that they had customers that were using their products.  Just not to some of his larger potential prospects. NVIDIA also had SGI as an “existence proof” for a market for high end graphics. They had lead customers from the beginning, he doesn’t mention who they are, choosing to focus on the larger prospects who were initially not interested, but they didn’t invent their architecture in a vacuum. For example, from Firing Squad’s History of NVIDIA:

Curtis Priem, NVIDIA Chief Technical Officer, had been the architect for the first graphics processor for the PC, the IBM Professional Graphics Adapter, and more recently had developed the GX graphics chips at Sun Microsystems. Chris Malachowsky, VP of Hardware Engineering, was a Senior Staff Engineer for Sun Microsystems, Inc., and was co-inventor of the GX graphics architecture.

In fact, when it came to standards for representing 3D they initially picked the wrong standard and had to “listen to their customer” and change horses. See, for example Tom’s Hardware: 13 years of NVIDIA History:

The principal problem with the NV1 was in its management of 3D: it used quadratic texture mapping (QTM) instead of the technique used currently, which is based on polygons. DirectX appeared just after the card was released, and it used polygons, so the NV1 was a failure over the long term. […] The NV2 used the same rendering method and was never completed. It was to have been used in the Dreamcast console (which replaced the Saturn), but Sega finally chose a polygon-based technology (PowerVR) and Nvidia abandoned QTM in favor of polygon-based rendering with the NV3.

My take away is that if a large established customer shows no interest, talk to smaller players who are interested in becoming larger and help them to disrupt the market. Don’t wait for the established players to embrace your product idea before proceeding.