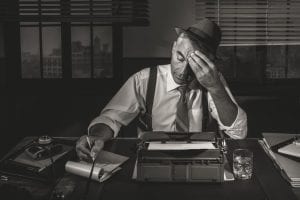 I have quoted Glenn Kelman, the CEO of Redfin,  several times since I started this blog. He has a gift for language and is willing to be candid about his fears and shortcomings.  Here are three quotes that don’t fit neatly within twitter’s character limit without amputating too much of their impact:

“Business schools and conferences have institutionalized entrepreneurialism as an avocation like law or medicine when it is more often a streak of temperament, luck and inspiration. Far from a program taught by somebody else, entrepreneurialism has always been for me my only shot at being myself.”
Glen Kelman in “To Steve Or Not To Steve“

“The way that Charles Dickens once described his depression–as the child inside himself who won’t stop crying–always seemed to me to be a better description of the entrepreneur’s insatiable unhappiness with a world that could be so much better.”
Glenn Kelman in “Entrepreneur 2.0”

“Building sustainable partnerships with low-margin small businesses is hard; it probably involves some level of shared risk, with pricing based on long-term profits rather than short-term revenues.”
Glenn Kelman in “Groupon’s Success Disaster“

1 thought on “Three Quotes from Glenn Kelman on Entrepreneurship”