Shared situational awareness means that a team has reached–and maintains–a working consensus on the objective reality they must deal with.

The Wit to See and Understand Objective Reality 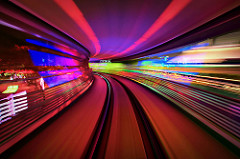 Here is a second excerpt from Reamde; this one is suggests that a shared situational awareness enables fluid coordinated action at a team level. Stephenson makes explicit reference to the OODA loop earlier, one character describing how the loop collapses to “observe-act” when the rapid action is required: orientation is implicit and decisions are the results of reflexes and prior rehearsal.

“This was probably rooted in a belief that had been inculcated to him from the get-go: that there was an objective reality, which all people worth talking to could observe and understand, and that there was no point in arguing about anything that could be so observed and so understood. As long as you made a point of hanging out exclusively with people who had the wit to see and to understand that objective reality, you didn’t have to waste a lot of time talking. When a thunderstorm was headed your way across the prairie, you took the washing down from the line and closed the windows. It wasn’t necessary to have a meeting about it. ”

from Reamde by Neal Stephenson

Finding co-founders and early employees who have “the wit to see and to understand that objective reality” is one of the keys to success in  a startup.

1 thought on “The Wit to See and Understand Objective Reality”