You can follow @skmurphy to get these hot off the mojo wire or wait until these quotes for entrepreneurs are collected in a blog post at the end of each month. Enter your E-mail address if you would like have new blog posts sent to you.

“The basic unit of information in creative, social work is not content in the form of documents but interaction in the form of conversations.”
Esko Kilpi (@EskoKilpi)

“When people are confused, they overuse their strengths.”
Michael Bowen (@mdcbowen) in “That Culturally Embarrassing Moment“

See also #14 in “Cobb’s Rules.” There is an alternate earlier version

“People don’t have weaknesses so much as they overuse their strengths”
Michael Bowen in “The (Old) Guide to Cobb – Concepts & Terms.”

“Unless a man has been kicked around a little, you can’t really depend upon him to amount to anything.”
William Feather

“Next to a sincere compliment, I think I like a well-deserved and honest rebuke.”
William Feather

“Fast is fine but accuracy is final. You must learn to be slow in a hurry.”
Wyatt Earp

“No research without action,
no action without research.”
Kurt Lewin

“Faithless is he that says farewell when the road darkens.”
J.R.R. Tolkien, The Fellowship of the Ring

At that moment Elrond came out with Gandalf, and he called the Company to him. “This is my last word,” he said in a low voice. “The Ring-bearer is setting on the Quest of Mount Doom. On him alone is any charge laid; neither to cast away the Ring, nor to deliver it to any servant of the Enemy nor indeed to let any handle it, save members of the Company and the Council, and only then in gravest need. The others go with him as free companions, to help him on his way. You may tarry, or come back, or turn aside into other paths, as chance allows. the further you go, the less easy will it be to withdraw; yet no oath or bond is laid upon you to go further than you will. For you do not yet know the strength of your hearts, and you cannot foresee what each may meet upon the road.”
“Faithless is he that says farewell when the road darkens,” said Gimli.
“Maybe,” said Elrond, “but let him not vow to walk in the dark, who has not seen the nightfall.”
“Yet sworn word may strengthen quaking heart,” said Gimli.
“Or break it,” said Elrond. “Look not too far ahead! But go now with good hearts!”

“Make sure you have finished speaking before your audience has finished listening.”
Dorothy Sarnoff

“You need a team to keep you honest, to keep you humble, to give a different perspective on a problem, to question your assumptions, and to provide support when things look bad.”
Tristan Kromer in Startups, Go Out and Talk to Your Customers!

“The nature of revolutions is that they destroy the perfect and enable the impossible. ”
Seth Godin in “Tried and False“

“I get quiet joy from the observation of any man who does his job well.”
William Feather

“I not only bow to the inevitable, I am fortified by it.”
Thornton Wilder

Used as closing quote for “Remembering 9-11: Our Children Will Also Live in Interesting Times.”

“No one sees further into a generalization than his own knowledge of detail extends.”
William James

“Curiosity is the mother of intelligence and the father of creativity.”
Eugene Cheong

“Curiosity is the mother of intelligence” appears as an unsourced quote in Alan Fletcher’s great book“The Art of Looking Sideways. See also February 2013 Quotes for Entrepreneurs. This is also implied in “The Marriage Between Necessity and Curiosity ” by Michelle Blade. I think I would phrase it  “invention and creativity are the children of necessity and curiosity.”

“Results are obtained by exploiting opportunities, not by solving problems.”
Peter F. Drucker

“All business proceeds on beliefs, or judgments of probabilities, not on certainties.”
Charles William Eliot

This led to an interesting exchange with Bob Marshall:

“The success of everything depends on intuition, the capacity of seeing things in a way which afterwards proves to be true, even though it cannot be established at the moment, and of grasping the essential fact, discarding the unessential, even though one can give no account of the principles by which this is done.”
Joseph Schumpeter

“Success depends on intuition, on seeing what afterwards proves true but cannot be established at the moment.”
Joseph Schumpeter

“Some men will never ask for information, because it implies that they do not know.”
Henry Cardinal Manning

“Exercise the writing muscle every day. Writers are like dancers, like athletes. Without that exercise, the muscles seize up.”
Jane Yolen

“When you’re managing a project, peer pressure is the your most effective tool for keeping everyone on schedule.”
Bob Lewis in “Random Thoughts From a Spanish Vacation“

Recruiting a team members who set high standards for themselves and asking for their advice on how to improve shared performance–and following it–are key to a early startup success. Founders are often highly self-motivated and often experts in their field, this can blind them to the value of soliciting alternative perspectives and suggestions and letting the team set goals. It’s much hard to let the team down when you participated in the decision than if you are responding to an edict.

“Memory is a net: one finds it full of fish when he takes it from the brook, but a dozen miles of water have run through it without sticking.”
Oliver Wendell Holmes, Sr.

Have you stocked the stream of words in your presentation with at least a few of the fish that your audience is looking for? Used as the opening quote and inspiration for the title of “Is the Stream of Your Presentation Stocked with Fish for your Audience?”

“An MVP is an offer to a particular type of customer for a specific need; it must provide enough value to justify an initial purchase.”
Sean Murphy

this is the twitter version of the slide from “MVP: What’s Really Under Your Control”

“Stories are the creative conversion of life itself into a more powerful, clearer, more meaningful experience. They are the currency of human contact.”
Robert McKee

“Inspiration exists but it has to find us working.”
Pablo Picasso

I have gone back to morning pages to kickstart me on those mornings when I need to start working before inspiration shows up.

“A man needs a purpose for real health.”
Sherwood Anderson 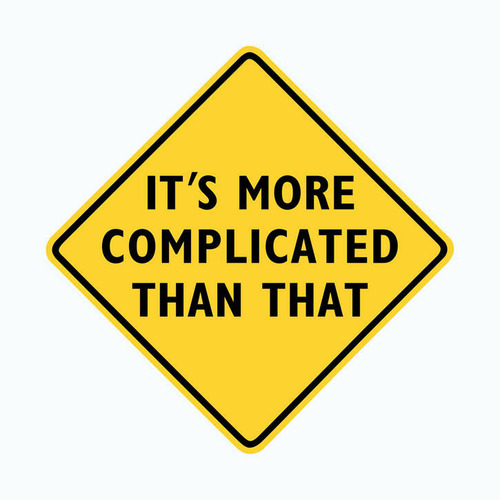 Using the format of diamond signs that provide alerts and warnings about the road ahead, this series of works  on canvas shows philosophical alerts, imperatives, and thoughts about the path past and future.

I used this as a sidebar image in “Transcript From Elena Krasnoperova’s Learning Hacks for Bootstrappers.”

1 thought on “Quotes For Entrepreneurs–September 2013”