I love this ad for the 2012 re-launch of the Dodge Dart.  It captures an engineering team’s desire to build a kick-ass product, unconstrained by financial compromise. We all want to work on a team that’s following Edwin Land‘s motto:

“Don’t do anything that someone else can do. Don’t undertake a project unless it is manifestly important and nearly impossible.”
Edwin Land

Audio Transcript for “How to Change Cars Forever” 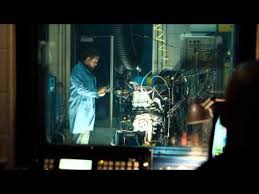 Build a prototype: mold it, shape it, hate it, start over.
Build another prototype: mold it, shape it, love it, that’s good.
Kick out the committees, again.
Why? Because they lead to compromise and compromise lead to this.
OK, back to it.
More coffee.
Give it some kick.
Give it more power.
More power!
Never too much power!
Give it 40mpg… no 41mpg.
Give it a smartphone app that can start the engine.
Give it a huge display…bigger…no bigger…good.
Give it a starting price under sixteen grand.
Uh oh the finance guys: “you can’t do that.”
Kick out the finance guys.
Take it to the track.
Tweak tweak tweak tweak stop!
Take it to the car shows.
Call the critics.
Call the marketing team.
Win some awards.
Get a celebrity endorser.
Hmmm…no…no…no…no…yes! He’s perfect.
I am? Yes, you are.
Making a groundbreaking car: it’s that easy.

I Love How This Ad Captures Engineering Vision Driving a Product

This ad resonates with my desire to subsume my ego and efforts into a larger project. It’s been a few years since I last stayed up all night working on something, but as Greg Knauss observed, “Man, Do I Miss Those Days.”

Once, years ago, I had a morning deadline, a lot of code to write and a two-liter bottle of Mountain Dew. Around 4am, I realized that the window was still open and I was freezing, I hadn’t gone to the bathroom is something like fifteen hours and I was having trouble hitting the keys because my hands were trembling.

Man, do I miss those days.

An interesting counterpoint to the engineering dream are all of the subtitles, like warnings on  yellow anti-litigation tape affixed to steps, ladders, and construction sites. Danger Will Robinson!

After testing two versions, our take is that the Dart is the first decent compact from Dodge in decades and has some solid positives. But overall it can’t measure up to the best in class. For a car that needed to be an all-star, the Dart is a position player at best.

Nearly a year later, after a disappointing debut that saw Dart sales of just 25,303 in 2012, according to researcher Autodata, chastened Chrysler executives say it will take more time to prove their mettle in small cars.
[..]
The first Darts trickled into dealerships last June, about two months late. When they did reach showrooms, the cars  came with a drive type most Americans don’t want: manual transmissions. Although fewer than 15 percent of U.S. compacts are sold with manuals, estimates Reid Bigland, president of the Dodge brand, at least the first 5,000 Darts shipped to dealers were equipped with sticks because automatic transmissions weren’t available yet. “It was an opportunity to get the vehicles out,” says Bigland, but it also contributed to the brand’s slow start. “We knew they were going to be slower-turning, but we didn’t have enough to meet the dealer demand to begin with.”
[…]
Explains Marchionne: “If there’s a mismatch to consumer expectation, you’re going to pay the price, and we have.”

More recently, Jim Hall observed in July 2013 in “Is the Dodge Dart a Sales Bust?” that:

“Is the Dart a failure? Anything but…Dart is Chrysler’s first serious small car in over half a decade…Dodge needs to put the car in the context of the small car market.”

I love the ad for the aspiration that it captures. If you are entering an established market with established and well-respected competitors you may find it very hard to rewrite the rules of the market. Understanding what features are needed as the ante to get in the game, whose inclusion won’t help differentiate you but whose absence will count against you, is critical to success.

It’s also a good idea to temper engineering ambition with careful attention to customer’s revealed preferences as constraints, bearing in mind Rhett George‘s advice, “You can’t believe that a plan is real until you’re vaguely disappointed.”