Edited transcript of an interview with Yodit Stanton (@YoditStanton), CEO of OpenSensors, by Jenn Webb (@JennWebb) at  Strata + Hadoop World 2015 “Make Data Work” in London. Yodit talks about what led her to found OpenSensors. 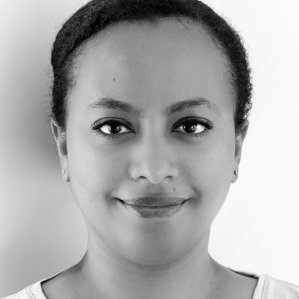 Yodit Stanton on Why She Founded OpenSensors

Jenn Webb: “You co-founded a startup called OpenSensors.io. Talk a little bit about how that came about and what problem you’re aiming to solve?”

Yodit Stanton: “I started OpenSensors with Malcolm Sparks just a year and a bit ago. Originally, it came out of my frustration of not being able to find real time air quality data.

My oldest has asthma, and I was quite convinced that the air quality particulates were impacting her attack, and I wanted to have a way of planning for the day. I thought it would be quite obvious that somewhere, someone would be able to provide me with these real time data sets.

To my surprise, it didn’t exist, so I decided to create one as an engineer would. Now we are creating a real time data exchange for the Internet of Things. This kind of crazy frustration project has now become a company.”

Jenn Webb: “How important do you think Open Data will be to the future of the Internet of Things, and what role do you see it playing?”

Yodit Stanton: “I think it’s hugely important. We are digitizing our cities: individuals, groups, local authorities and governments are starting roll out sensor networks. We are going to get in a situation very quickly where on the street, if we don’t have the data accessible by many people under clear license terms, we are going to have to put the same hardware multiple times for multiple users. From my open source background it instinctively makes sense to me that public hardware with open data standards can be used many times in many ways. It just seems the most  efficient and least expensive way forward.”

Jenn Webb: “You mentioned the sensor networks, and in your recent talk, “The Internet of Everything: Creating Programmable Cities, Cars, and Homes”  you were talking about the challenge of semantics or lack thereof in sensor networks. What is the disconnect there and what do you think is driving that?”

Yodit Stanton: “I think it’s just a hard people in trying to get people to agree on semantic models. For example, if you have a connected light, what data are you actually sending me? If you’re saying that you have an air quality monitor, what are you sending? What does that mean? Is that dust particulates? What is that? It’s a hard challenge to get people to agree.

One of the projects that I’ve been experimenting with is Frink, It’s a very interesting calculator that manages a rich set of units of measure and allows you to convert between them. It’s not really an IoT-specific project, but I find that it might be at least a start to the solution.

This may also let us manage things like sampling rates, voltage levels, gas measures,  etc…  So it makes sense to have some way of tying it all together. I’m quite enthusiastic about Frink at this stage. We’ve used it for a couple of projects, and it seems to be at least going in the right way.”

Yodit Stanton: “It’s more for the hardware manufacturers. What we found was that a lot of the hardware manufacturers needed a way to serialize their devices in the factory to have unique relationships with customers . Amazon faced the same challenge with Kindles, so they assigned serial IDs. Then people can see whether these devices are alive and functioning. Our goal is to enable the hardware developers to manufacturer at different scales as they their products out to market.”

Jenn Webb: “Okay. Shifting gears just a little bit, OpenSensors is now a part of the Open Data Institute Startup Program, talk a little bit what that experience is like and how did that happen.”

Yodit Stanton: “The Open Data Institute was founded by Sir Tim Berners-Lee and Nigel Shadbolt in 2012 as a way to convince governments, especially governments to create open data, to open up their data, and they’ve been hugely successful.

We’re incubated in the ODI, and it’s been really helpful for two reasons.

Jenn Webb: “Excellent. I had one more question. What projects and people are you following these days? What kinds of things do you find personally intriguing?”

Yodit Stanton: “There are so many. There are projects that are deploying large numbers of sensor networks, upwards of 10,000 or more in a single roll out. I find them interesting. There’s a company called AirSensor, they’re rolling out 10,000 air quality sensors just in the UK alone. Just  from a logistics point of view, I think that’s interesting, because many people are talking about “smart cities,” but we’re not really discussing the maintenance side. If you’re going to roll out these sensor networks, who is going to change one of these 10,000 sensors when they break. Who is going to change these stuff with a ladder and a van?

The practical side of IoT doesn’t get as much press. The number of people who are actually doing interesting projects is quite thin on the ground. I’d say there’s quite a lot of marketing.

Then the other side is, obviously the security side, there are security chips that are coming out, and they’re really interesting. I think there’s not enough discussion about how to secure your home network for example. These are things that we continue to learn more about and continue to experiment with as well.

Jenn Webb: “That’s all quite complicated. Thank you very much for talking with me today.”

2 thoughts on “Yodit Stanton on Why She Founded OpenSensors”