For Thanksgiving 2018 I wanted to recap how the events of the first Thanksgiving feast: here are excerpts from “Mourt’s Relation” and “Of Plymouth Plantation.”

Thanksgiving 2018: a Look Back at Founders Who Persevered 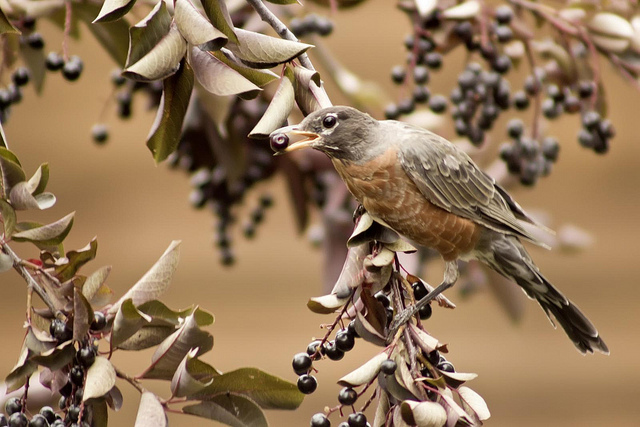 “You shall understand, that in this little time, that a few of us have been here, we have built seven dwelling-houses, and four for the use of the plantation, and have made preparation for divers others. We set the last spring some twenty acres of Indian corn, and sowed some six acres of barley and peas, and according to the manner of the Indians, we manured our ground with herrings or rather shads, which we have in great abundance, and take with great ease at our doors. Our corn did prove well, and God be praised, we had a good increase of Indian corn, and our barley indifferent good, but our peas not worth the gathering, for we feared they were too late sown, they came up very well, and blossomed, but the sun parched them in the blossom.

Our harvest being gotten in, our governor sent four men on fowling, that so we might after have a special manner rejoice together after we had gathered the fruit of our labors; they four in one day killed as much fowl, as with a little help beside, served the company almost a week, at which time among other recreations, we exercised our arms, many of the Indians coming among us, and among the rest their greatest King Massasoit, with some ninety men, whom for three days we entertained and feasted, and they went out and killed five deer, which they brought to the plantation and bestowed on our governor, and upon the captain, and others. And although it be not always so plentiful as it was at this time with us, yet by the goodness of God, we are so far from want that we often wish you partakers of our plenty. ”

102 passengers started on the Mayflower from England, 51 died before the first Thanksgiving. It is a testament to survivor’s perseverance that the colony was able to not only endure but ultimately thrive. It was a self-governing group bound by mutual agreement in the “Mayflower Compact.”

“They began now to gather in the small harvest they had, and to fit up their houses and dwellings against winter, being all well recovered in health and strength and had all things in good plenty. For as some were thus employed in affairs abroad, others were exercised in fishing, about cod and bass and other fish, of which they took good store, of which every family had their portion. All the summer there was no want; and now began to come in store of fowl, as winter approached, of which this place did abound when they came first (but afterward decreased by degrees). And besides waterfowl there was great store of wild turkeys, of which they took many, besides venison, etc. Besides, they had about a peck of meal a week to a person, or now since harvest, Indian corn to that proportion. Which made many afterwards write so largely of their plenty here to their friends in England, which were not feigned but true reports.”

They had started to learn how to live in the New World, adjusting to new agricultural techniques and game animals. They had enough stored up to get their the coming winter and were probably able to relax and count their blessings for the first time since the voyage over.

I celebrated another decade birthday this year but remain above ground and moving around. My family remains healthy and we all get along as well as any group of strong-willed and independently minded Scotch-Irish–there are probably some redundant adjectives in that list–is capable. We tried out a very different Thanksgiving meal this year, barbecuing ribs instead of turkey which was a success. I am sure that we will have a turkey or two before the year is over–we won’t lose contact with tradition at least.

The California wildfires have spread enough smoke so that I feel like I am living in a house with a poorly vented fireplace but it’s a minor inconvenience compared to what many have suffered to the north and south of us. A good friend is recovering from minimally invasive abdominal surgery and her biopsy results reminded me that “benign” is such a wonderful word.

I hope this Thanksgiving finds you as healthy and happy as can be expected.

1 thought on “Thanksgiving 2018: a Look Back at Founders Who Persevered”