Rob Fitzpatrick, author of the Mom Test, offers some evergreen advice on mistakes bootstrappers should avoid in 2021 (especially if they have not made already and won’t see them coming.)

Note: this essay is (c) 2019 Robert Fitzpatrick (@robfitz / IH: robfitz) and used here with his permission. It was originally published in a slightly different form on Dec-31-2019 as “Tough love for 2020: five mistakes holding IHers back.” 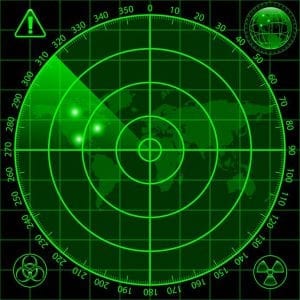 A bit of tough love for 2020, based on some of the problems and challenges I’ve seen raised here. And all of which I’ve fallen for myself, at various times:

1. Trying to bootstrap an idea which isn’t easily bootstrappable

Not all ideas are equally easy to bootstrap or make a living from. Some unavoidably require eventual funding, so “bootstrapping” is really just cross-subsidizing it with your savings/job until you can get a bit of funding and go a more traditional startup route. Others can’t be monetized early (or enough), and are really just a multi-year hobby which might someday evolve. If you want quick, profitable bootstrapping, then rigorous idea selection is your single most powerful tool. Beware committing to the first idea you happen to fall in love with. No idea is good or bad in a vacuum — it can only good or bad for you and your goals, right now.

(I’m not saying either of these are strictly doomed — and you can certainly find successful examples of both — but they’re definitely going to require a longer, harder, and more expensive journey than the typical bootstrapper success story.)

2. Searching for magic bullet marketing before the product is right

If you’re spending all your time and energy worrying about tactical marketing while you still have less-than-stellar retention, zero evangelical recommendations from users, and no deeply engaged users, then you are probably worrying about the wrong thing. It’s unlikely that clever marketing can pull you out of the mud, whereas a better product or a more important problem certainly might. Note that this only applies to tactical pursuits (e.g. affiliate, SEO, influencers, social media, partnerships, cold emails, etc etc). Stuff like good copywriting, on the other hand, is essential for new users to understand what’s happening and needs to be done early.

(A notable exception to the above guideline includes any marketing activity which builds a long-term asset like a mailing list, blog subscribers, active community, or deep personal network, since that’s a lifelong asset which will help all future projects.)

3. Chasing a customer segment you don’t understand or have access to

If you personally know zero of your potential customers or need to ask how to find a single conversation or user, you’re in big trouble and probably need to find a way to get in contact with real customers (in real life) in order to build the baseline understanding and empathy to start making reasonable product and copy decisions. If you can’t find a single friend or have a single coffee with someone similar to your customers, how in the world are you going to build a product they adore and find a way to reach them at scale? It’s straightforward to resolve though: either go meet some people or switch customer segments to someone you actually enjoy hanging out with.

(An exception to the above is when you already do know them but are either unaware of how to use an extended personal network or are too shy to reach out to folks. Fortunately, both of these problems are quick fixes once you identify them.)

4. Trying to be “efficient” too soon

The previous problem (not knowing any customers) leads you to send out cold emails to strangers. And those emails don’t work very well, since they never do, and then  you ask completely yourself the wrong question: “How can I write better cold emails?”

You should be asking how to fix either your (1) idea selection or (2) connectedness to customers. Not how to write better cold emails. This is incredibly backwards, and is an example of the common problem of trying to be “efficient” too early. We know that customers come from sales, so we are hugely tempted to skip ahead to just giving the sales pitch via cold emails. But this sort of outreach doesn’t work and acts as a subtle sort of busywork which consumes all your time without allowing for actual progress. A similar thing thing happens when some of you want to go through the motions of learning from customers without actually having to do the uncomfortable work of talking to a human. So you send out a big survey, wasting a bunch of time to learn superficialities at scale.

In my experience, I’d always rather have two actual conversations over two thousand survey results. These sorts of false grabs at “efficiency” are like building your house on a foundation of sand.

(This issue is tougher to identify and debug since it manifests in so many forms. In general though, I’d follow Steven Pressfield’s advice that whenever something makes you so nervous that you’re finding every excuse and workaround to avoid it, you should recognize that discomfort as your soul’s way of telling you that you really need to just go ahead and get it done the hard way.)

5. Not allowing the mistakes required for soft skill growth

Last but not least on my list of mistakes bootstrappers should:  when you start attempting some of these new soft skills (and stuff like idea selection which lacks immediate feedback), you’re going to screw them up. That’s fine. Would you expect to learn a new language without hitting any compiler errors? Could you learn to skateboard without falling on your ass? If you flee forever when it first goes wrong, then you’ll permanently have that gap in your skill set, making your indie career far harder than it needs to be.

In any case, good luck and best wishes.
Rob Fitzpatrick

Coda: If this list can’t prevent problems it can at least help you recognize them sooner

There was an interesting exchange in the comments that I thought I would include here as it sheds some light on how hard it can be to avoid some of these problems.

“I’ve been running various businesses for 12 years now. My first was a scalable startup, went through YC (summer 07), had some big customers, and raised from top-tier investors before quietly dying in year four. Since then, I’ve realized that I’m less motivated by scale and much prefer working on smaller projects with one or two friends. I now optimize for freedom, which includes freedom of time & place, and also the freedom to work on whatever is most exciting, and to quit when it isn’t. This means that investors are no longer a good fit for me, and I’ve bootstrapped everything following the first one.

The main thing I’m known for is my approach to doing customer development and sales as an introverted techie (i.e. The Mom Test). The main thing I’ve learned is that idea selection matters a lot in terms of both financial/time risks, and also in terms of whether the day-to-day building and running of the business will match your personality and constraints and allow for you to be happy. (My first few companies made me miserable; the last few have been a pleasure. The difference is idea selection.)”
Rob Fitzpatrick intro to his  September 2019 “Ask Me Anything“

To learn more about Rob or his books check out robfitz.com or youtube.com/c/robfitzpatrick. He can be reached at rob@robfitz.com He has published three books to date.

I am grateful to Philip Liao for sharing this with me, Rob offers a number of excellent insights. His candor is refreshing. I think it’s useful to see these as both problems to avoid and practices and mindsets to adopt. Here are my positive versions of Rob’s list