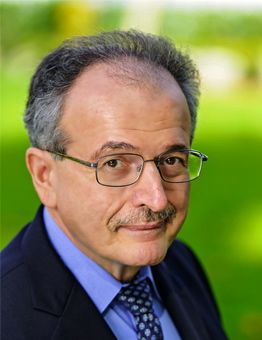 George Grellas is a highly respected member of the Hacker News community, here is his response to the question “Should Your Startup Have an Advisory Board” which offers a cogent set of tips:

I have worked extensively with startups in Silicon Valley since 1984 and have seen every shade of advisory board, ranging from those set up for pure window dressing to those used extensively by founders for insightful continuing advice.

The latter usually arise from pre-existing relationships between one or more of the founders and the advisors. Normally, the advisor is someone who wants to assist the founders and whom the founders accordingly want to reward by small equity grants via the advisory director role. These types of advisory boards, in my experience, tend to be of significant value to early-stage startups and are well worth the small equity grants involved (which, by the way, tend on average to be more like .1%/yr of service rather than the higher number suggested by the author of this piece). The informal nature of the relationship also avoids many of the hassles associated with trying to have such an advisory board meet from time to time in some formal manner. In essence, what you have with such boards is a healthy working relationship from which all parties benefit.

The “window dressing” advisory boards are often as phony as an undersized glass eye that spins randomly with every blink. This often involves the so-called industry luminaries used to make the startup look much more impressive than it really is. In essence, such advisors hire out their names (and, yes, they will insist upon larger equity grants and often for some form of cash compensation as well, as for example for every meeting attended). While one can never say categorically that such advisors do not add value to a startup, their primary function is to add name-value and hence the value of their contributions apart from name value tends to be limited. There are exceptions but, in my experience, not many. In general, these types of advisors are a clear mis-match for most early-stage startups, though they often help later-stage ones needing “company profile” dressing for IPO, etc.

By the way, founders still occasionally confuse the role of advisory director with that of a board director. There is no connection whatever between the two roles. The former is basically an outside consultant only and has no management-level authority; the latter, of course, has tremendous management authority (and corresponding liability risks as well, which the advisory director does not).

George Grellas is an attorney in Cupertino whose firm has specialized in business and corporate law for more than 25 years. He has a number of excellent articles on startup legal issues “Startup Law 101 Series” including “Ten Essential Legal Tips for a Startup Team in Formation” that any team of two or more entrepreneurs should read.

Here are some blog posts where I talk about the value and appropriate use of an advisory board or kitchen cabinet:

VentureHacks has three relevant posts from 2008 that, while they are more focused on VC related issues than bootstrapping, are still worth reviewing: