On Memorial Day 2010 we commemorate those who died in the service of our country.  Richard Fernandez has an outstanding post “Memory and Survival” that highlights the importance of remembering the altruistic sacrifices that not only make our society possible but better than it would be otherwise. 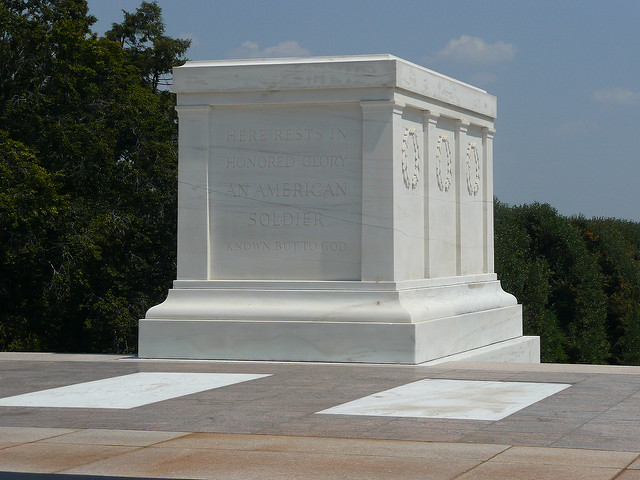 History allows members of a society to understand their individual existence and well-being is somehow inseparable from that of the group. Acts of group memory, like Memorial Day, are not simply events held for ceremonial purposes but are sources that are vital to the group’s — and the individual’s existence. Without that history — without that memory — then individuals will eventually forget the benefit derived from the altruism of their forebears and become susceptible to the preaching of the ’selfish mutant’. In a society without traditions the “free riders” may gain ascendancy and even suppress history to aid their increase. Gradually they may destroy a society’s capacity for mutual altruism and take it over for themselves. Yet even so their victory may be short-lived. […] It may take a while, but the demise eventually happens. And then the survivors gradually rediscover the benefits of thinking in terms larger than themselves and begin to act on that basis. And then the words, “truly, I tell you, unless a grain of wheat falls into the earth and dies, it remains just a single grain; but if it dies, it bears much fruit” will become comprehensible again.
Richard Fernandez  “Memory and Survival“

“Firemen are going to get killed. When they join the department they face that fact. When a man becomes a fireman his greatest act of bravery has been accomplished. What he does after that is all in the line of work. They were not thinking of getting killed when they went where death lurked. They went there to put the fire out, and got killed. Firefighters do not regard themselves as heroes because they do what the business requires.”
Edward F. Croker Chief of Department, FDNY speaking upon the death of a deputy chief and four firefighters in February of 1908

“A hero is someone who has given his or her life to something bigger than oneself.”
Joseph Campbell