A personal memory of a cousin who died in Vietnam for Memorial Day 2009 commemorate those who died in the service of our country. 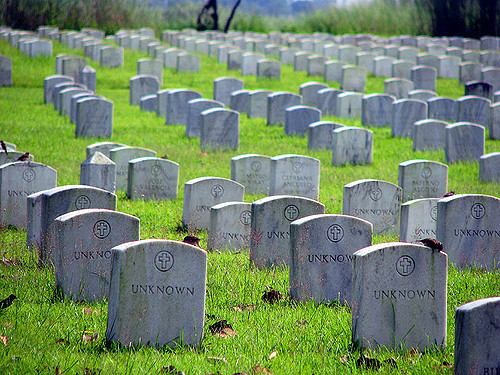 My cousin Johnny served in Vietnam as a helicopter repairman. I still remember the last time I saw him: he stayed with us one night between basic training and the start of his tour. He was good natured and easy going; he was bemused by the mixture of competence and bureaucracy that the Army had demonstrated to him during basic training.  He was killed during his tour of duty in Vietnam.

It will be hard to describe to my now 9-year-old son what it was like to grow up in America in the 1970s. That was a time not only when World War II veterans were in their prime, but also when almost everyone’s father had served in peacetime, and when the older boys in the neighborhood were just returning from Vietnam. Retired military presence was everywhere. Our grade school principal, our rabbi and our local shopkeeper had all worn the uniform, which could often be found, like my father’s, stuffed into a footlocker in a basement workshop. My friends and I knew that these were men far more experienced than we, and we all instinctively gave them our respect, if not always our obedience.

Unlike our fathers, we are not called to give even a small portion of our lives to the defense of our country, and I, like most of my generation, chose not to do so. It is unclear whether a large, diverse society can survive indefinitely without that sense of service to the nation and that experience in social bonding; this experiment is only a few decades old, and the results are not yet in.