You can follow @skmurphy to get these quotes for entrepreneurs hot off the mojo wire or wait until the end of the month when they are collected on the blog. Enter your E-mail if you would like new blog posts to your inbox.

“Remember, the customer will usually forgive any mistake you admit, except a lie.”
Ken Robbins on twitter 5:35 PM May 13th

The good news is that unemployment has fallen to “only” 9.5 percent. The bad news is that the jobless rate is down only because so many people have given up hope of finding work. Perversely, the jobless who aren’t actively looking for jobs are not counted as “unemployed.”

Perhaps there should be a new category titled “mired in existential despair.”

Let me put it in terms that Washington understands: The party that begins to treat the unemployment crisis with the hair-on-fire urgency that it deserves is the party that will do well in November.

“Can the US re-energize the real mainsprings of American power: technological innovation and entrepreneurship?”
Niall Ferguson in “The Future of America’s Economy“

“Unlike Britain in 1945, which was crushed by debt and slow growth, doomed to imperial decline, I think there is a way out for the United States. I don’t think it’s over. But it all hinges on whether you can re-energize the real mainsprings of American power. And those two things are: innovation, technological innovation, and entrepreneurship. Those are the things that made the United States the greatest economy in the world, and the critical question is: Are we going to get it right? Can we revive those things in such a way that, in the end, we grow our way out of this hole the way the United States grew its way out of the 1970s and, of course, out of the 1930s?”

Niall Ferguson in “The Future of America’s Economy“

“There is no such thing as a self-made man. You will reach your goals only with the help of others.”
George Shinn

With a hat tip to Jordy Mont-Reynaud

“If you have the same problem for a long time, maybe it’s not a problem. Maybe it is a fact.”
Yitzhak Rabin

“Ability is a rare article. But there is something that is much scarcer, something finer far, something rarer than this quality of Ability.  It is the ability to recognize Ability.”
Elbert Hubbard

“Success, like happiness, cannot be pursued. It must ensue. And it only does so as the unintended side effect of one’s personal dedication to a cause greater than oneself.”
Viktor Frankl

“It’s amazing how long it takes to complete something you’re not working on.”
R.D. Clyde

Use as a section quote in “By Sunday Night Your Chips Are Down For the Week.”

“Community precedes commerce.”
John Hagel in “It Takes a Village to Make a Mall“

Highlighted in Kevin Kelly’s “Predicting the Present, The First Five Years of Wired”

“Base your strategy on things that won’t change in the next five to ten years.”
Jeff Bezos

“If you behave like a disease, people develop an immune system”
Kevin Marks in “How Not To Be Viral“

“That thud of the back against the wall is a fantastic motivator.”
Christopher L. Smith 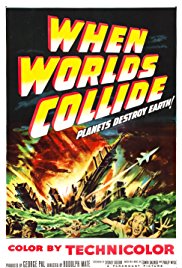 “Waste anything but time. Time is the one thing we do not have.”
From When Worlds Collide

Hat tip to Rafe Needleman’s post “The Most Valuable Resource” where he noted:

The business lesson of the camp Sci Fi classic, When Worlds Collide, was this sign at the spaceport where the plucky humans were building the ship that was supposed to rescue humanity before the Earth was destroyed: “Waste anything but time. Time is the one thing we do not have.”