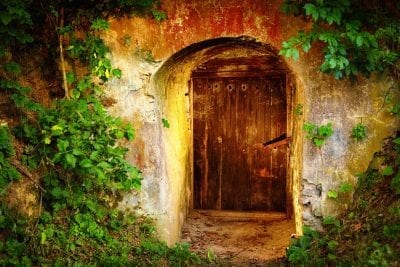 Excerpts from Alexis De Tocqueville‘s “Democracy in America” Volume 2, Section 2, Chapter 8 “How the Americans Combat Individualism by the Principle of Self-Interest Rightly Understood.”

“In the United States hardly anybody talks of the beauty of virtue, but they maintain that virtue is useful and prove it every day. The American moralists do not profess that men ought to sacrifice themselves for their fellow creatures because it is noble to make such sacrifices, but they boldly aver that such sacrifices are as necessary to him who imposes them upon himself as to him for whose sake they are made.”
Alexis De Tocqueville in “How the Americans Combat Individualism by the Principle of Self-Interest Rightly Understood.“

We exist in a web of relationships with membership in overlapping but distinct communities. As entrepreneurs we can be seen as agents of chaos by the status quo but our aim is innovation that leaves society on balance better off.

“They have found out that, in their country and their age, man is brought home to himself by an irresistible force; and, losing all hope of stopping that force, they turn all their thoughts to the direction of it. They therefore do not deny that every man may follow his own interest, but they endeavor to prove that it is the interest of every man to be virtuous. I shall not here enter into the reasons they allege, which would divert me from my subject; suffice it to say that they have convinced their fellow countrymen.”
Alexis De Tocqueville in “How the Americans Combat Individualism by the Principle of Self-Interest Rightly Understood.“

Of course we have to make a profit for our businesses to continue, but there are other gains that come from entrepreneurship beyond the financial that lead us to invest in our employees education, to invest in our communities and to “leave a little money on the table” when dealing with partners and suppliers in the interest of good will and future relationships.

Montaigne said long ago: “Were I not to follow the straight road for its straightness, I should follow it for having found by experience that in the end it is commonly the happiest and most useful track.” The doctrine of interest rightly understood is not then new, but among the Americans of our time it finds universal acceptance; it has become popular there; you may trace it at the bottom of all their actions, you will remark it in all they say. It is as often asserted by the poor man as by the rich.
Alexis De Tocqueville in “How the Americans Combat Individualism by the Principle of Self-Interest Rightly Understood.“

Business is situated in community and a social context: a good reputation as fair dealer committed to the values of the community, as evidenced by actual kindness and charity will create more value in the long run than treating every transaction as the last one you will ever do with the other party.

The principle of self-interest rightly understood produces no great acts of self-sacrifice, but it suggests daily small acts of self-denial. By itself it cannot suffice to make a man virtuous; but it disciplines a number of persons in habits of regularity, temperance, moderation, foresight, self- command; and if it does not lead men straight to virtue by the will, it gradually draws them in that direction by their habits. If the principle of interest rightly understood were to sway the whole moral world, extraordinary virtues would doubtless be more rare; but I think that gross depravity would then also be less common. The principle of interest rightly understood perhaps prevents men from rising far above the level of mankind, but a great number of other men, who were falling far below it, are caught and restrained by it. Observe some few individuals, they are lowered by it; survey mankind, they are raised.
Alexis De Tocqueville in “How the Americans Combat Individualism by the Principle of Self-Interest Rightly Understood.“

You meet people who have a clear understanding of their own needs and seem to spend no time on anything else. But the deals that they make seem to based only on fear and threat. To create real opportunities in your own business requires that you explore and understand the needs and aspirations of your current and potential customers. To bring them ideas that will improve their lives and businesses requires that they trust you have their interests at heart when they talk about current problems that may expose their weaknesses and shortcomings.

I do not think, on the whole, that there is more selfishness among us than in America; the only difference is that there it is enlightened, here it is not. Each American knows when to sacrifice some of his private interests to save the rest; we want to save everything, and often we lose it all. Everybody I see about me seems bent on teaching his contemporaries, by precept and example, that what is useful is never wrong Will nobody undertake to make them understand how what is right may be useful?
Alexis De Tocqueville in “How the Americans Combat Individualism by the Principle of Self-Interest Rightly Understood.“

I want to live in communities where people help one another. Where kindness is the norm. Not a kindness based on weakness or supplication, but one where people are strong and have the foresight to be kind. Communities of those who understand when it is more  valuable to forego an advantage instead of pressing it (to paraphrase Disraeli).

“…it remains to be seen how each man will understand his personal interest. […] I do not think that the system of self-interest as it is professed in America is in all its parts self- evident, but it contains a great number of truths so evident that men, if they are only educated, cannot fail to see them.
Alexis De Tocqueville in “How the Americans Combat Individualism by the Principle of Self-Interest Rightly Understood.“

I worry there is too much focus in Silicon Valley on making a killing and “moving to another lifetime” But this is a teenager’s fantasy of getting away from home. Marriage and child rearing are not easy, much harder in many ways than doing a startup. But creating a decent workplace that provides a good living for your employees and value for your customers is easier when you are situated in a long term relationship and a family.

“Next to knowing when to seize an opportunity, the most important thing in life is to know when to forego an advantage.”
Benjamin Disraeli