Beston Jack Abrams has self-published 7 volumes of “Abramisms: Lines of the Ancient Aphorist” between 2011 and 2014. These slim volumes each contain 128  aphorisms, one on the opening page and three per page for another 39 pages: are a revelation and an inspiration. Volume 7 ends with this paragraph, leading me to conclude there is more to come:

“I am 87 and in a few more years, I will probably exhaust all thoughts that are intelligible and acts that are of value hence, at that point death becomes less a tragedy than an act of good housekeeping.”
Beston Jack Abrams in “Abramisms: Lines of the Ancient Aphorist Volume 7 (2014)”

“If you feel offended you are ready to write an aphorism.”
Beston Jack Abrams

“To be an aphorist requires a sharp ear and a strong stomach.”
Beston Jack Abrams

“An aphorist is often frustrated because what he would like to do he has previously described as foolish or dishonest, or immoral.”
Beston Jack Abrams

“Aphorisms are a long struggle to be brief.”
Beston Jack Abrams

“An aphorist is a freelance clergyman, using statements of brevity rather than those from a breviary.”
Beston Jack Abrams

“If education is successful, the result is a curious person graced with humility.”
Beston Jack Abrams

I am planning a series of blog posts that take a set of Abrams’s aphorisms as a point of departure for an exploration of one or more aspects of entrepreneurship. His focus is ultimately on moral action but informed by the better part of six decades of experience as a soldier, working for a large company, and as a self-employed entrepreneur.

Aphorisms Are Part Of His Tikkun Olum

From the opening page of every volume (hyperlinks added, Abrams uses “[” and “]”as parentheses,  this excerpt is verbatim):

“There is a Jewish tradition called ‘Tikkun Olum‘, a concept that each of us is obliged to contribute to alleviating as best we can the difficulties of our world,” Mr. Abrams writes. “These short expressions, I hope, deserve to be called ‘aphorisms’ [a venerable literary form] and will serve in a small way to discharge my obligation.

As an aid to your reading, let me share with you some of my beliefs: We should elevate asking sincere questions and focused listening to a higher level; silence is a vastly underused information aid; solitude [especially in the age of the ‘twitter’], is not an affliction but an emotional and intellectual oasis; how we respond to the approach of a strange person or idea measures our courage and capacity to grow, and better information can be acquired by the freer use of doubt and curiosity.

Notes on the Organization of the Material: There is a variety of subjects covered. Trying to bring order was frustrating and stole some of the spontaneity. I present these aphorisms pretty much in the order they were composed. While this will require your indulgence and patience, it is the way that my mind works.

Note: my astute wife, Arlene, suggests these aphorisms are not equally comprehensible and reading them a few at a time is advisable.

I would be grateful if you would share your thoughts with me.

Many of his quotes stress the value of listening, silence, reflection and introspection, the acceptance of truth from a wide variety sources, and the need to acknowledge the truth of a situation and take moral action once it’s recognized. In 7 volumes there are 896 quotes: the cumulative effect to form a “pattern language” for self-improvement and right action. Your mileage may vary but I have read more than a hundred journals and collections of quotes and aphorisms and this 7 volume collection is in the top ten.

From the back cover page of each of the seven volumes (Abrams again uses “[” and “]” for parentheses, this excerpt is verbatim):

Before I ever heard the word, I was writing aphorisms. Early in my schooling, an aptitude test [allegedly] discovered I had the mental profile frequently found in clergymen. This apparently accounts for my impulse to write as I do. In addition, I often had a dictionary in my hand, allowing me to look up new words, an early and persistent predilection.

Lacking the seriousness and the cultural resources needed to become a clergyman [a rabbi in my case], I took the course of least resistance and followed my brother’s path into a pre-medical program. At the time I was unable to muster the requisite intellectual and moral strengths, and I wandered into the desert of the business world. My first job with E. R. Squibb & Sons, a respected manufacturer of ethical drugs, was to provide me with a livelihood and a source of pride until I retired 39 years later. During my employment, my interest in words led to the responsibility for trademarks for the company and following my retirement, a second career as a pharmaceutical trademark consultant.

With no intent to gain fame or money, only to examine how my own foibles were like those of others and where my acts fell short of ideal behavior, I would compose a sentence or two. In time, I learned that these were “aphorisms’.”

Implicit in his mini-biography is a perspective that the clergy and medicine were callings and the business world was not (“I was unable to muster the requisite intellectual and moral strengths, and I wandered into the desert of the business world.”). My sense is that part of his mission for the Abramisms series is to illustrate the opportunities for moral action and self-improvement.  I view entrepreneurship as a calling, albeit open primarily to the easily dissatisfied, short of attention, and otherwise unruly.

Thanks To James Geary

James Geary (@JamesGeary) is the deputy curator at the Nieman foundation  and collector and curator of aphorisms on his blog “All Aphorisms, All the Time.”. He is the author of fantastic collection of aphorisms, “Geary’s  Guide to the World’s Great Aphorists” that is also on my ten best list for quote/aphorism collections. He has blogged about Beston Jack Abrams several times: 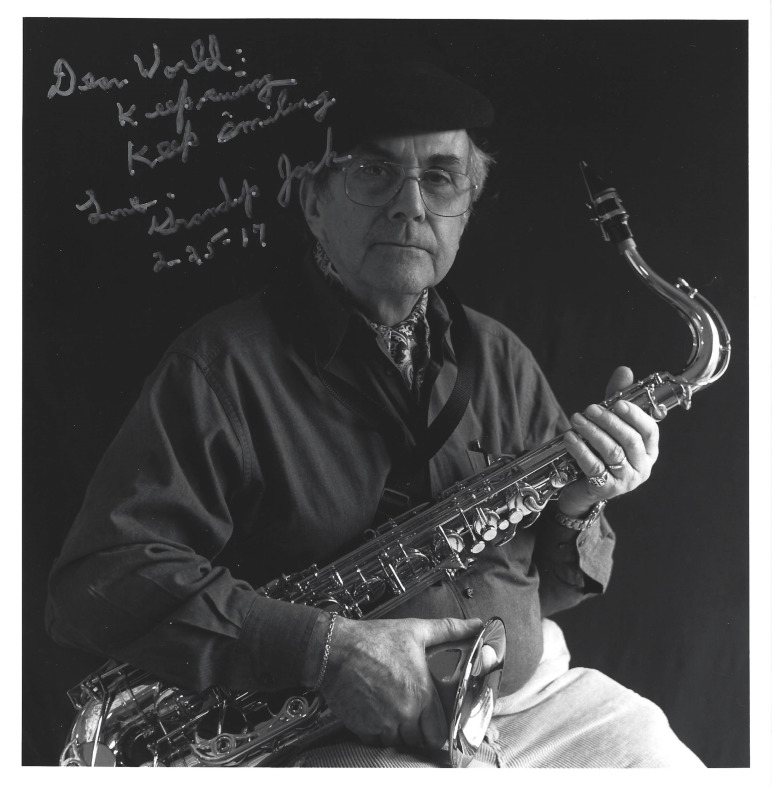 And to Beston Jack Abrams

I reached out to Geary to see where to buy the Abramisms volumes. They were not offered for sale but Mr. Abrams was kind enough to put the full set in the mail. I hope he publishes them in some more widely available form as they very good. Mr. Abrams has a twitter account (@Beston21) he responds to. I am very grateful for his generosity in sharing his books and for the insights they contain.

Entrepreneurship as a Calling